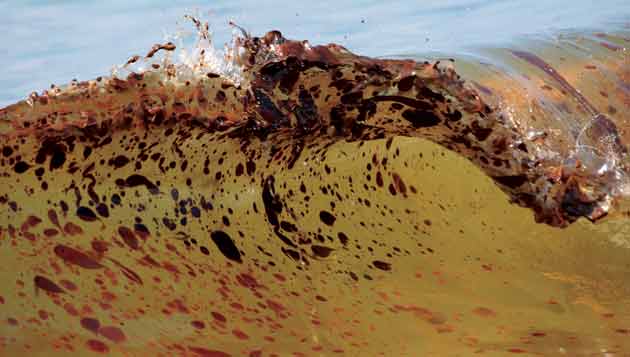 We still do not know how much damage the Gulf of Mexico oil spill will cause. In fact, we likely will not know the final toll-economic and ecological-for years. Regardless of how the recovery proceeds, however, we do know that there was a colossal failure to prevent the spill from occurring in the first place.

Most disastrously, the ultimate failsafe on the Deepwater Horizon failed. Called a "blowout preventer," this last line of defense for deepwater drilling rigs is a mammoth underwater device (it stands 13 stories tall and weighs hundreds of thousands of pounds) that sits on the seabed atop the wellhead and has the sole purpose of cutting the flow of oil if an explosion, or anything else, compromises the structural integrity of the excavation operation. But on April 20, after an explosion that eventually killed 11 platform workers, injured 17 others and broke the pipe that carries crude to the sea surface, the blowout preventer was unable to cut off the flow of oil.

Of course, an ineffective blowout preventer was not the only failure leading up to the worst oil spill in U.S. history-far from it, actually. Given that so many experts, agencies and authorities were aware of the inherent risk of blowout preventer failure, however, this seems to be one of the most egregious lapses made by BP.

For one, the blowout preventer was only equipped with one "blind shear ram" instead of two, which has become a widely adopted safeguard across the drilling industry. The blind shear ram is the physical barrier that shuts off the flow of oil, and in an emergency, its giant, hydraulically controlled blades cut through the pipe and create an impregnable barrier. At least in theory. And because the cut-off process is dependent on several mechanized, moving parts-all operating about a mile below the sea surface-most agree that having two blind shear rams is better than having one. Conceptually, it is akin to keeping a spare tire in the trunk, although some industry experts have rightfully noted that there is a lot more to the complicated shut-off process succeeding after a blowout than simply having a second option. Still, about two-thirds of the rigs currently drilling in the Gulf are equipped with two blind shear rams (as are 11 of the 13 other rigs operating in the Gulf that are owned by Transocean, the company that owned the Deepwater Horizon and leased it to BP). Most operators seem to see value in redundancy.

Furthermore, blowout preventers simply may be inherently poor failsafes. A recent study by Transocean found that, of some 15,000 wells drilled off of North America and in the North Sea between 1986 and 2006, there were 11 emergencies in which a blowout preventer had to be triggered. The blowout preventers were successful in only six of these events. That is barely more than half.

Industry companies have long known about blowout preventer fallibility. But seeing how "safe" drilling-even deepwater drilling-has become in the past few decades, it is not altogether surprising that companies would do the math (11 blowouts in 15,000 wells in 20 years) and feel comfortable that, in the off chance something did go wrong with their wells, they would be able to avert total disaster. This complacency might also help explain why BP's disaster response plan was so poorly updated. As many have pointed out, the company's plan contained contingencies to help save walruses in the Gulf of Mexico (the home of zero walruses) and listed the name of a man who had long been deceased as an emergency contact.

What is less understandable, however, is why the industry regulator did not ring the alarm. The Minerals Management Service (MMS), the formerly obscure federal agency that oversees offshore drilling, was privy to all the same studies and incident reports that are now being dug up by the press. MMS was aware of the 50/50 success of blowout preventers. In fact, MMS itself commissioned many of these studies.

But due to a lack of expertise, lack of initiative, lack of authority or lack of true independence (many have pointed out the cozy relationship between those who regulate the drilling industry and those who do the drilling), nothing was done to ensure that blowout preventer-related issues were addressed. The agency sat on the sidelines even though it knew companies were taking potentially catastrophic risks.

If this spill had happened a decade ago and these realities all came to light, it might be surprising. But now? It is hard to even be surprised, let alone shocked.

The whole saga is eerily similar to the ones we have watched play out at the Securities and Exchange Commission and the Army Corps of Engineers. By all accounts, there were many experts who foresaw the collapse of the housing bubble and others who illustrated just how much systemic risk was wrapped up in the collateral debt obligations and credit default swaps that banks were passing around like new-age alchemists who believed they had created a formula to transform risk into gold. Similarly, many academics, engineers and even the Army Corps itself knew about the structural deficiencies of the levees protecting New Orleans before Hurricane Katrina. They knew about the issues way back in the 1980s in fact. But much like the inaction shown by MMS prior to the BP spill, neither of these publicly funded bodies did anything that was able to protect those they served.

Hopefully the cumulative destruction of these three catastrophes will be enough to inspire all watchdog groups to be more proactive in mitigating risks after they are unveiled. But as the English writer Aldous Huxley once poignantly noted, "that men do not learn very much from the lessons of history is the most important of all the lessons that history has to teach." So don't get your hopes up.