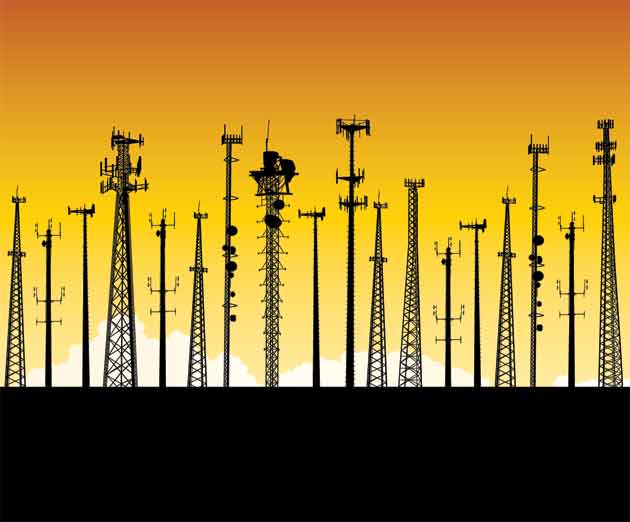 The wireless industry has experienced rapid growth since the first cell phone call was made in 1973. Today, there are more than 285 million wireless subscribers on commercial networks in the United States alone. To supply this vast consumer base (more than 90% of Americans) with coverage, the industry has dramatically expanded its networks. In 1996, there were fewer than 23,000 cell sites throughout the United States. Today, there are more than 247,000 commercial cell sites in the country, according to industry advocacy group CTIA. If you add in government-run sites, that number jumps to 600,000. In the near future, there will be more than one million. And each of these antennas creates a radiofrequency radiation hazard zone.

Decades of scientific research dating back to 1960 has determined that excessive exposure to radiofrequency radiation is hazardous to human health. In response, the Institute of Electrical and Electronics Engineers (IEEE), the world's largest professional association for the advancement of technology, developed the first standard for human exposure limits to radiofrequency radiation in 1966.

There have been revisions over the years as the issue has become better understood, and these standards have been widely adopted throughout the world by various groups. The American National Standard Institute, for one, adopted the IEEE limits as a national standard in 1992. The FCC incorporated the limits into its regulations in 1996.

All told, the present, multi-agency exposure guidelines have a lineage that dates back nearly half a century and is based on long-standing, uncontroverted science clearly demonstrating that radiofrequency radiation exposure causes "behavioral disruption," including reduced brain function and memory loss in laboratory subjects. In other words, science proves the causal link between radiofrequency radiation exposure and behavioral, cognitive and psychological injuries, such as depression, memory loss, mood disorders, sleep disorders and impaired cognitive function.

The Alaska Supreme Court has also recognized the link between radiofrequency exposures and psychological injuries. In AT&T Alascom v. Orchitt, satellite communications provider AT&T Alascom was forced to pay temporary total disability and medical benefits to John Orchitt, a company employee. Orchitt originally filed for workers compensation benefits claiming that he had suffered head, brain and upper-body injuries as a result of overexposure to radiofrequency radiation. AT&T tried to appeal the verdict in both state superior and supreme courts to no avail.

The lesson here is that while the disability benefits themselves may not have been huge in monetary terms, the case resulted in a string of expert witnesses on both sides, eight years of litigation, expensive legal fees for AT&T and, still, the company lost. Even if the scientifically proven risks of radiofrequency radiation do not scare you, this precedent alone should alarm any company that believes this liability is not worth worrying about.

The financial risk posed by the potential litigation that may be filed on behalf of workers may be significant for many employers, FCC licensees (commercial or governmental), property owners/managers, utility companies, local governments, school districts and universities. Of course, their insurance companies will also be subject to that same potential liability. And given that the number of antenna sites in the United States is expected to double within the near future-not to mention the use of new, stealth and collocated antennas-the financial fallout could rise exponentially.

For potential plaintiffs, proving overexposure to radiofrequency radiation is not difficult. Counsel can easily show that a worker performed a specific task at an antenna site, noting the proximity to radiofrequency radiation transmitting antenna systems (which, these days, are located everywhere) and the length of exposure time. A subpoena would likely prove that, under current and historical business practices, most FCC licensees do not power-down radiofrequency transmitting antennas to protect third party workers.

Thus, proof of a violation of radiofrequency radiation above human exposure limits will be straightforward. And sympathetic juries could render substantial judgments. It is not out of the question to think that the potential litigation could be comparable to the fallout created by asbestos or mold. And as any company that has been subject to those claims can attest, such long-tail liabilities are not just expensive-they are huge internal resource drains.

In order to prevent such a legal nightmare, radiofrequency radiation safety must be improved and implemented immediately. Current strategies and methodologies to protect workers have been outstripped and rendered obsolete by the rapid proliferation of wireless networks.

In the past, the limited number of systems were isolated and could be fenced-off with access only granted to radiofrequency-trained technicians. But today, wireless antennas are everywhere: on rooftops, the sides of buildings, utility poles, light standards and hidden entirely within the structures of buildings.

Workers who are required to perform their jobs in close proximity to radiofrequency radiation transmitters are no longer just trained industry technicians protected by the latest gear and equipment. Rather, they are now roofers, electricians, carpenters, maintenance personnel, HVAC technicians, painters, first-responders and many others. And they are routinely required to work in exposure zones without the benefit of safety training-and, often, without any knowledge that over-exposure to wireless systems can be dangerous in the first place.

Ultimately, these unsuspecting workers are regularly exposed to excessive levels of radiofrequency radiation because there is no comprehensive radiation safety system currently in operation. And given the health hazards and potential liabilities involved, the time for complacency and neglect to the safety of our nation's workers has passed. A viable radiofrequency safety program must be implemented, and it must be characterized by independence, transparency and validation. It also must be implemented now.

First and foremost, education is crucial. Everyone at risk should be taught the exposure regulations and hazards associated with radiofrequency emissions. Workers must be given site-specific safety plans that combine with an updated database of antenna locations to establish a standardized national radiofrequency safety protocol that includes the participation of all required stakeholders (i.e., FCC licensees, property owners hosting antenna sites, employers, local governments and the workers themselves).

A national, accessible registry of wireless antenna systems that identifies location and exposure zones throughout North America will end the wholesale addition of new claimants and significantly reduce the financial liability of all stakeholders. The registry will be similar to the "Call 811 before you dig" underground utility locator service and constitute an electronic repository of documentary evidence of use and compliance with radiofrequency safety.

For this to occur, the insurance industry must also demand the deployment of a meaningful loss-control tool to continue to provide affordable coverage to its customers. The industry should not be lulled into a false sense of security by the momentary dearth of claims and lawsuits brought on behalf of workers seeking compensation.

The risk is here, it is imminent and unless a loss-control tool is implemented to protect the insurance industry and its insured customers, an inevitable tidal wave of litigation with significant financial consequences is assured.
Richard J. Burnheimer has more than 20 years of experience in both the telecom sector and risk management. He is vice president, risk and environmental, health and safety at RF CHECK Inc.