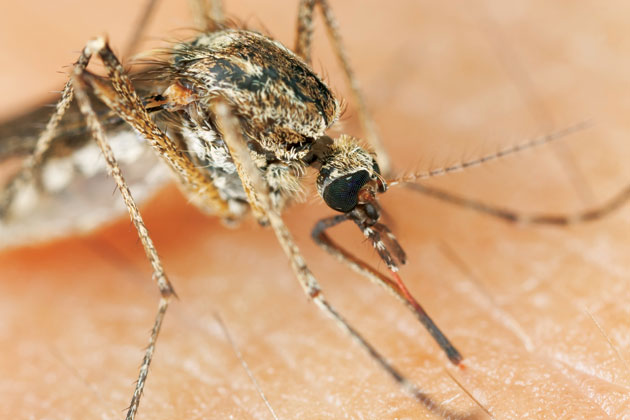 Anti-malaria programs have saved nearly 750,000 lives over the past 10 years, according to a September World Health Organization report. That represents an 18% drop in child mortality since 2000 in 34 of the most severely impacted African countries, thanks to bed nets, drugs and insecticides, the report declared.

Reducing disease and saving lives is cause for celebration. In this case, however, applause must be tempered. Considering the money, attention and "nothing but nets" fund-raisers devoted to malaria in recent years, an 18% reduction is abysmally below expectations and promises. 75,000 fewer deaths annually for a decade means that 900,000 are still dying needlessly, year after year with the vast majority of casualties being children and pregnant women. Progress is clearly being made, but an 18% solution would never be tolerated in the United States. It should be equally unacceptable for Africa.

Dr. William Gorgas eliminated yellow fever in Panama a century ago using the best interventions he had available: military command structures, draining and oiling swamps, and quarantining patients. The United States, Canada, Europe and Australia eradicated malaria 60 years ago. They admittedly faced a far less endemic problem than Africa does and were blessed with modern homes and medicines, but they did what was needed to wipe it out -- especially by using dichlorodiphenyltrichloroethane (DDT).

Today, half the world's population remains at risk of contracting malaria, the WHO estimates. Some 250 million people are infected annually with 86% of the cases and 91% of the deaths occurring in Africa -- a continent that represents just 12% of the world's population. Especially in sub-Saharan Africa, many people are struck down by malaria three or four times a year. Each time, for weeks on end, they are unable to work, attend school, cultivate crops or care for their families.

The World Bank and the WHO say the disease costs impoverished Africa $12 billion in lost productivity every year. Namibia's health minister has put the cost at $90 billion annually. An epidemic of this magnitude demands actions on par with what was done 60 and 100 years ago. One would certainly expect the WHO to lead a campaign commensurate with its malaria statistics. Instead, malaria's victims too frequently must be content with programs that are defined by platitudes and dictated by politics, pressure groups and the "precautionary principle."

In fact, we would not face such powerful environmental pressure groups or rampant fear of insecticides today if the United States and Europe had not wiped out malaria. As British writer Dr. Samuel Johnson might say, when a man knows he might be struck down by malaria in a fortnight, it concentrates his mind wonderfully. Carson's eloquent but unfounded alarums resonated because malaria had been eradicated in the United States. Victory over malaria enabled environmentalists to campaign against DDT and gain what EDF scientist Charles Wurster called "a level of authority they never had before." For millions, it has been a perilous, even lethal level of authority.

The result is that African and other malaria-prone countries must contend with a precautionary principle that severely limits disease-control options. Devised as a public policy weapon against technologies environmentalists dislike, the uber-caution principle holds that even purely speculative questions about safety must be resolved through severe restrictions on, or outright bans of, chemicals and other technologies until proponents can prove they are absolutely safe.

The focus is always on speculative risks of using a technology. Honest, nonpoliticized risk assessment is too often absent. Facing pressure from anti-chemical activists, decision-makers rarely consider benefits to be gained from pesticides, dangers in not using them or risks inherent in relying on whatever solutions might remain after those under assault are eliminated.

Thus, in malaria control, the emphasis once again is often on education, "capacity building," insecticide-treated nets (ITNs), early diagnosis, and prompt treatment with Artemisia-based combination therapies (ACT drugs). More countries are using pesticides (usually pyrethroids or carbamates) in general outdoor spraying programs -- as well as for "indoor residual spraying" (IRS) on the walls and eaves of houses, to kill any mosquitoes that do land.

The IRS component of truly comprehensive malaria control, however, is much more successful when DDT is used. Spraying this powerful spatial repellent on walls and eaves, just once or twice a year, keeps 80% of mosquitoes from entering the home. It also irritates those that do enter so they leave without biting, and kills any that land.

No other chemical, at any price, has this triple-action feature. With IRS, virtually no DDT gets into the environment, but it reduces malaria infection rates by 75% or more. In conjunction with other interventions, DDT enables doctors to treat more patients with often scarce ACT drugs and dramatically slash disease and death rates -- often by 90% or more.

But few countries are using DDT because radical "greens" stigmatize them for doing so. European activists threaten to block food and flower exports to the EU and anti-pesticide groups say mosquitoes will become resistant. Physician Rutledge Taylor's new film 3 Billion and Counting and the Donald Roberts/Richard Tren book The Excellent Powder demolish claims that DDT is dangerous to humans, wildlife or the environment. They also clearly show that mosquitoes have never become resistant to the chemical's repellency properties. But the anti-DDT ideology is pervasive.

Thus, zealots who have no real skin in the game have largely removed a weapon of mass survival with enormous benefits and minimal risks from the arsenal, leaving impoverished, malaria-afflicted countries to rely on interventions that have significant shortcomings. Bed nets work only if they're properly hung and not torn. They are of little value when people are outside of the protected area. "Even when every child in a village got a net, half of them were re-infected in three weeks," said former Uganda malaria manager Dr. John Rwakimari.

Moreover, there are not nearly enough nets for those who need them, and net distribution programs focus mainly on babies, small children and pregnant women -- leaving other family members unprotected. And even worse still, many people simply refuse to use them. "Sleeping under a bed net is nearly impossible during torrid African nights," said Nigerian journalist Omololu Falobi. Most villages have no electricity to power fans or air conditioners, and power outages are frequent in many cities. Those who use nets anyway often get heat rashes all over their bodies.

"Spraying a house with DDT eliminates behavior as a consideration," said Rwakimari. "It protects everyone in the house 24 hours a day."

Insecticide resistance -- irrelevant in DDT's role as a repellent -- is also a growing threat with ITNs, since they are treated with the same pyrethroids that are used widely in agriculture and general insect control. Not only are Pesticide Action Network, World Wildlife Fund and Greenpeace callously opposed to all spraying, they support bed net programs that carry the highest risk of resistance.

Compounding these problems, substandard and counterfeit drugs, resistance-prone monotherapy medicines and high import duties keep quality medications out of reach for many victims, notes Africa Fighting Malaria Director Richard Tren. In addition, too many patients stop taking prescriptions as soon as they feel better, sell the remaining pills and relapse.

The effect is that anti-pesticide proponents are perpetuating poverty, misery, disease and death in Africa, Asia and Latin America. Safe in their air-conditioned, malaria-free offices, these activists, their financial benefactors and health care agency bureaucrats are violating the most basic human rights of people in poor nations: the right of access to technologies that enhance and safeguard life.

"Bluntly put, environmentalists are using African parents and children in anti-DDT experiments," said Congress of Racial Equality Uganda coordinator Fiona Kobusingye-Boynes. It is time to replace them with professionals who understand risk management -- and place human life above chemophobia.


Paul Driessen is senior policy advisor for the Committee for a Constructive Tomorrow and Congress of Racial Equality.