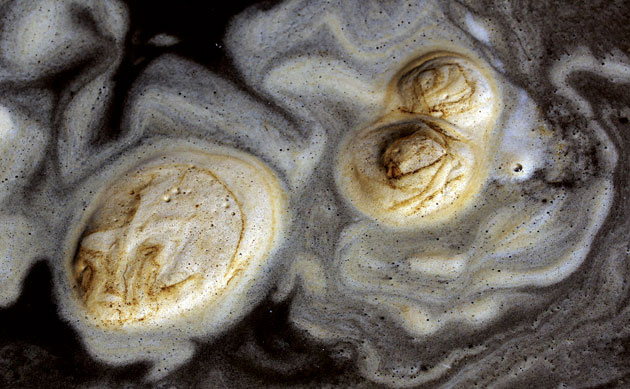 One of the most interesting legal -- and human -- issues arising from the Gulf oil spill is the compensation for those impaired: how far along the economic food chain it is appropriate to give settlements?

The perspective of my eight-year-old granddaughter Gabrielle provides a challenging introduction to these issues. Gabrielle likes "law problems." So I asked her whether BP should have to pay fishermen whose catch had disappeared.

"Of course," she said. I asked about restaurant owners on the shore who lost the fishermen's business. "Definitely," she answered. And what about the man who sells milk and eggs to the restaurant? "Sure," she affirmed. And the farmer who owns the cow who sells milk to that man? "Yes," she said.

"Gabrielle, how long will this go on?" I asked. She gave a little grin. "Until it ends," she replied.

Well, not quite until it ends. To determine what the stopping point is, Kenneth Feinberg, the administrator of the BP Deepwater Horizon Disaster Victim Compensation Fund (who has been encouraging people to employ the compensation fund rather than to file tort suits), will probably have to draw analogies from tort law. Although Feinberg is not bound by the law of the Gulf states, it is likely that he will also turn to that kind of reasoning.

There is indeed a general "rule" that you cannot recover under tort law for "economic loss." This rule distinguishes straight pocketbook injury, for which it denies recovery in tort, from physical harm and damage to tangible property, for which it gives compensation.

How closely can potential claimants analogize themselves to the owner of real estate whose property is fouled by oil -- and therefore establish themselves as clear candidates for tort damages because of "property damage"? Fishermen are the best candidates, in part because the oil actually killed living creatures. The dairy farmer looks much less likely. But what are the most salient arguments from policy, often the ultimate arbiter of questions of legal duty, which is what issues of recovery for economic loss really are?

It should be noted, however, that the economic loss rule itself is pockmarked with exceptions. As far back as 1974, for example, the Ninth Circuit allowed a suit by commercial fisherman for fish kills caused by a spill in the Santa Barbara channel. But a dozen years later, the Fifth Circuit rejected suits for losses caused by a spill of 12 tons of the toxic insecticide pentachlorophenol brought by marina owners,  boat rental operators, seafood restaurants and sport fisherman.

Judicial wariness of giving compensation for such losses has several roots. One concerns the difficulty in drawing lines among types of economic loss: why, for example, would we give recovery to the fisherman but not the restaurant owner? Or, if we extend damages to the restaurant owner then why not to the provider of milk and eggs -- and even to the dairy owner?

Courts like broad rules. But they are also concerned about impractically long chains of consequences. More than 70 years ago, Supreme Court Justice Benjamin Cardozo wrote of the perils in exposing those who act carelessly to "a liability in an indeterminate amount for an indeterminate time to an indeterminate class."

Despite the rage against BP and its fellows in culpability, claimants will have to confront the argument that for one or a few acts of negligence -- if negligence is all there was -- imposing liability for consequences until "they end" is out of proportion to the original act. A collateral argument is that imposing liability rather far along the chain will over-deter oil companies from useful exploration and extraction.

Yet, there is a powerful argument for my granddaughter's position. BP's negligence is a cause of the losses of all the parties mentioned -- up to and including the dairy farmer.

And there are surely some aspects of the case that may take it beyond negligence and raise the question of punitive damages. Some have argued that punitives "are mainly appropriate in cases where an injurer might have been able to hide his culpability." Yet punitive damages have often been awarded for conduct where culpability is out in the open. The Supreme Court did so in the case of the Exxon Valdez, for instance, although it cut back considerably on the original award.

There is a consensus that punitive damages are appropriate for egregious misconduct. One reason to allow them that could become relevant in oil spill cases, to borrow language from Justice John Paul Stevens in the Exxon Valdez case, is to articulate "moral condemnation" of a defendant's conduct. Punitive damages can provide a special punctuation mark of warning for corporate defendants.

Apparent in the near background of the oil spill cases are broad questions of policy and philosophy. Why is it that we choose to compensate for various kinds of losses anyway, and how do we identify who should pay? In the case of the September 11th Victim Compensation Fund, previously administered by Feinberg to the tune of $7 billion, the people who paid were us -- the money came from the federal treasury.

One thing that minimizes the difficulty of the who-should-pay question is the fact that BP created this fund. But decisions about who to compensate will test the wisdom of the administrator. The spread of the spill into the shorelines, and even the hinterlands, of five states, is much more complex than the deaths and injuries caused in three places that were covered by the 9/11 fund.

Another contrast is that whereas it was an act of Congress that set up that fund, there is no statutory matrix for decisions that Feinberg will make in identifying worthy claimants or setting awards in oil spill cases. His discretion was notably broad in administering the 9/11 fund; here it will be even more broad and difficult to exercise. In the end, he will have to construct rules that reflect common sense. And he will have to seek a goal that is at once abstract and universally desired: fairness.

A particularly interesting aspect of Feinberg's role is that he will be making a kind of informal common law through the exercise of his discretion, presumably informed partly by judicial precedent. In developing guides for decision-making, he may reflect on the fact that with thousands of rigs operating offshore, it is plausible that there is a certain amount of negligence remaining in the operation of some -- negligence that may lead to another devastating discharge of oil. With that threat hanging over coastal waters, a prudent administrator would want to consider the signal about levels of care that his rulings in particular cases will send -- even if indirectly -- to other owners and operators of offshore rigs.


Marshall S. Shapo is the Frederic P. Vose Professor at the Northwestern University School of Law.

Pushing ESG to the Top of the Business Risk Agenda