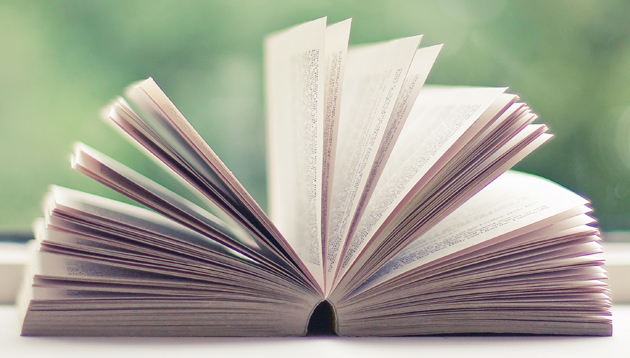 If a problem arises at your company, you likely consider the associated business issues and then discuss the problem with any affected clients. But you may not immediately think of the situation as something that you should share with your insurance company. The failure to do so, however, can have significant consequences if the worst comes to pass and you find yourself on the wrong end of a lawsuit.

Imagine that your company designs and manufactures specialty air filters that you sell to high-end automakers. The technical specifications require that the filters be maintained at a temperature of no higher than 110 degrees Fahrenheit. As such, you ensure that all of your shipping companies are aware of this requirement and guarantee compliance to the carmaker.

Things are going well, and your filters have spiked in popularity ever since the press reported that a wildly popular rock band demanded that they be installed in any vehicle they used. They are the greenest filters on the market, and the band is determined to do all it can to ensure that its tour has the smallest environmental footprint possible.

Then one day you learn that, about two years ago, there was a six-month period during which one of your shippers failed to maintain the proper temperature. The filters were routinely exposed to 120-degree temperatures. You have not had any complaints, and it is not even certain what exposure to high temperatures could do to the filters, but the scientists who tested the products suggest that there is some small chance that they will degrade to the point that larger particles could pass through.

What do you do now? The first option, of course, is to ignore it; pretend that you never knew and hope nobody ever raises a complaint. The head-in-the-sand, ostrich approach, however, is rarely a good one. You risk losing everything if someone ultimately discovers the problem and then learns that you knew about it. The parade of potential horribles is obvious.

The second option, and the one that most business owners would likely follow, is to investigate the issue, inform customers of the problem and offer a proposal for addressing any possible fallout. While companies look at these situations from a business perspective, they too often fail to consider the insurance aspects.

While ultimate outcomes will, of course, depend on a number of things, the specific policy language may create severe consequences for failing to disclose the potential problem to your insurance company.

Many different types of insurance policies are now being written on a claims-made basis. That is, the policies provide coverage for specific types of claims that are first made during the policy period. Those policies also typically allow—or perhaps require—insureds to provide notice of potential claims or any circumstances that could give rise to claims.

Such a provision states that if the insured becomes aware of a problem, or potential problem, for the first time during the policy period, then any claim that ultimately arises in connection with that problem—regardless of when it actually is made—will be treated as though it were made during the policy period in which notice of the potential claim was provided to the insurer.

Conversely, these policies typically allow insurers to deny coverage if the insured does not disclose its knowledge of problems that could result in a claim. This provision, often referred to as a prior-knowledge exclusion, is usually found in the section of the insurance policy listing the exclusions to coverage.

In short, if your company knows of a potential problem and has made its customers aware of the problem but fails to disclose the same information while applying for a policy, the insurer may argue that it was misled by “material misrepresentations” in the application for the policy. While the specifics will vary depending on state laws, in those circumstances your company’s policy may even be subject to rescission—that is, declared void as if it never existed. If the policy is rescinded, not only will there be no coverage for claims that arise out of the problem that was not disclosed, but your company will find itself without any coverage at all.

Returning to the hypothetical, let’s assume that your company learns of the air filter shipping issue in year one and discloses the potential problem to the affected customers, but does not disclose the situation to its insurer. Then, in year two, the lawsuits start to hit. Under these circumstances, your company could find itself in a situation where it does not have insurance coverage for the claims.

Disclosure and the Law in Practice

In Bryan Brothers Inc., et al. v. Continental Casualty Company, a U.S. appeals court upheld an earlier decision in favor of an insurance company that had been sued by its insured, an accounting company, after denying coverage for a claim on the basis of a prior-knowledge provision. In February 2009, the accounting firm discovered that, between 2002 and 2008, one of its account clerks had stolen funds from eight clients. Thereafter, the victims filed suits seeking to recover their losses.

The insurance policy issued to the accounting firm contained a prior-knowledge provision stating that it would cover claims arising out of acts or omissions provided that “prior to the effective date of this policy, none of you had a basis to believe that any such act or omission, or interrelated act or omission, might reasonably be expected to be the basis of a claim.”

The account clerk fell within the policy’s definition of “you.”

The insurance company concluded that the account clerk, prior to the policy’s inception, reasonably could have expected that her theft of client funds would lead to a claim, and based on her failure to disclose the same, denied coverage under the policy for the lawsuits brought by the victims.

The court agreed with the insurance company and ruled that the policy did not apply, highlighting that the concept of fortuity—that a loss be accidental or by chance—is a fundamental premise of insurance law. “Insurers do not usually contract to cover preexisting risks and liabilities known by the insured,” stated the ruling. “Thus, it is generally the insured’s duty to provide truthful and complete information so the insurer can fairly evaluate the risk it is contracting to cover.” Accordingly, the court noted that the prior-knowledge provision made fortuity a condition of coverage.

The Limitations of Certificates of Insurance