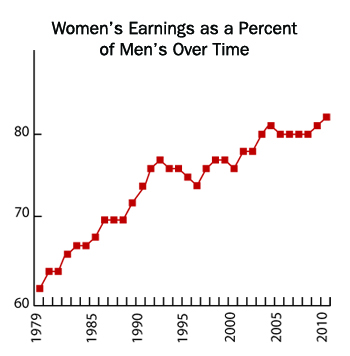 Positions in risk management are increasingly lucrative. In the past several years, the average base salaries of top risk managers at large companies in the United States have jumped from around $170,000 in 2008 to nearly $184,000 in 2013, according to respective editions of the “Risk Management Compensation Survey,” conducted by the Risk and Insurance Management Society (RIMS, publisher of this magazine).

This year, even the lowest-paid risk management job in the survey (claims analyst) paid more than $64,000 on average.

If women are rising within the profession, they seem to have picked a good field to enter. Because in other areas, they are still struggling to keep up with their male counterparts. 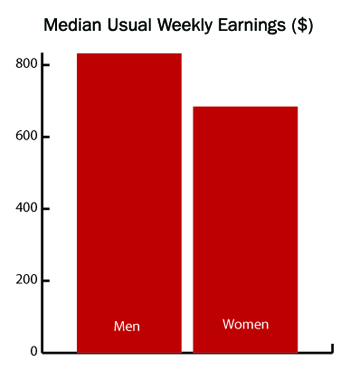 Since the 1960s and ‘70s, women’s involvement in corporate America has grown massively, and there has been a gradual rise in their pay rates along the way.

Particularly between 1979 and 1990, women were able to close the gap that left them earning less than men for doing the same work.

In the past two decades, the narrowing has continued, but the vestiges of the era of greater gender discrimination are hard to eradicate.

There has been much discussion regarding “why women still can’t 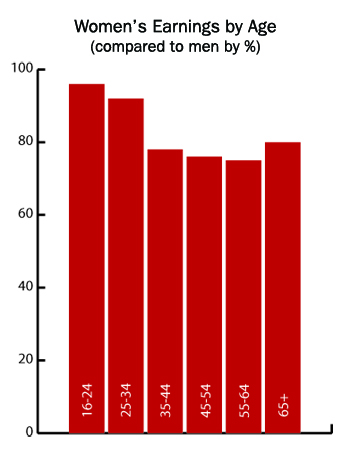 have it all,” as The Atlantic wrote on its cover last year in reference to the struggle to balance careerism with family life.

Bureau of Labor Statistics numbers show how much the difficulty still exists.

One trend that is likely increasing the pay of younger women is that they are delaying marriage and putting off child birth.

A 2012 report from the National Center for Health Statistics found that the median age of U.S. women at first marriage has reached an all- 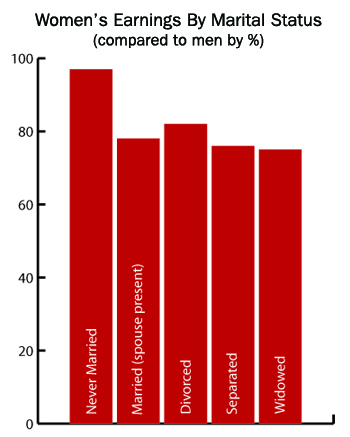 The massive increase in the number of first births of women 35 and over lends further credence to the idea that women are putting off a family in favor of education and establishing a career.

Those who do delay forming a family seem to keep up with their male counterparts. Women who never get married even manage to make 97% of what men do (compared to married women, at 78%).

But, by putting off starting a family, women seem to only be delaying 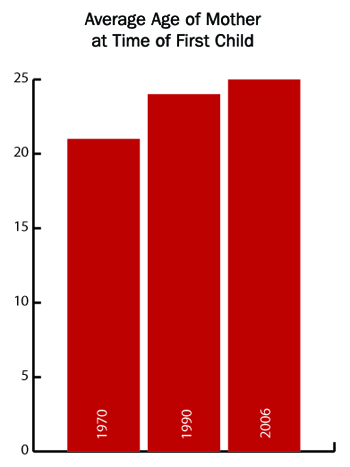 Those who wait may be able to establish a career before having children, but it seems that they still wind up making below 80% of what men take home by the time they reach their prime earning years.

In short, the gender-related setback of prioritizing family still exists; it has just been kicked further down the road.

Charts (click for larger versions): All data via the Bureau of Labor Statistics and Centers for Disease Control. Earnings are expressed as a full-time/salaried woman’s usual weekly earnings as a percent of comparable men’s earnings in 2011.

Woman at Work: Why Women Should Lead Risk Management

Feminine Traits Are the Leaders of Men