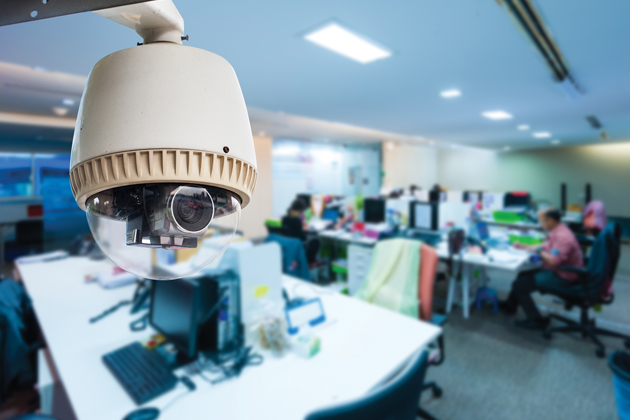 For companies using video surveillance in the workplace, effective risk management is critical to avoid potential liability for invasion of privacy claims. For employers, determining whether an employee has a reasonable expectation not to be filmed in certain workspaces requires a difficult and fact-intensive analysis. Risk managers should be sure to incorporate the following set of practical guidelines into their company’s video surveillance practices:

Determining a “reasonable expectation of privacy” generally involves varied shades of gray, but this is one of the few black and white rules. Unless employers have a specific court order permitting them to do so, they should never place video or audio recording devices in any bathrooms, locker rooms or designated changing areas. In fact, doing so is a crime, and even if the employer discovers misconduct from a camera or other recording device placed in such a location, the employer is prohibited from using that information for any purpose.

Further, an employer that installs a two-way mirror permitting observation of any restroom, toilet, bathroom, washroom, shower, locker room, fitting room, motel room or hotel room is guilty of a misdemeanor. This includes placement of a camera behind a two-way mirror in these locations.

Except for the specific locations above that are always prohibited, employers will likely defeat an employee’s claim of invasion of privacy by clearly marking their surveillance cameras. Having a camera plainly visible and located next to a sign stating “recording in progress” makes it far less likely that an employee can reasonably claim any expectation of privacy.

Companies should create a clear and well-defined video surveillance policy by establishing a written standalone policy or incorporating one into an employee handbook. Employees are less likely to have a recognized claim of an expectation of privacy if they are clearly warned through a specific written policy stating that the employer records employees in open work areas.

Such policies should include the scope, duration and methods of surveillance. It also must notify employees that video recordings may be used to monitor work performance and may be used as part of any disciplinary measures. Finally, each employee should be required to sign an acknowledgment that he or she has reviewed and understands the video surveillance policy.

Clearly marking cameras is generally sufficient to defeat an employee’s reasonable expectation of privacy claims. On the other hand, determining whether secret video monitoring violates an employee’s privacy rights requires a very fact-specific analysis. Companies should consult with legal counsel before placing any secret cameras.

An employer violates an employee’s reasonable expectation of privacy when it uses a secret camera in work areas that an employee reasonably expects to be private, and in such a manner that is offensive to a reasonable person. Trying to guess what a judge or jury would think a “reasonable” person might find offensive is a futile exercise that could place an employer at risk. To avoid this potential pitfall, the safest and most practical course of action is for employers not to place secret cameras in work areas that employees would reasonably expect to be free from recording. These include offices, cubicles, break rooms and file rooms.

In fact, the courts have found that employees can have reasonable expectations of privacy in shared and open work areas. In Sanders v. American Broadcasting Companies, Inc., the California Supreme Court held that a journalist’s secret video recording of an employee in a low-walled, open cubicle workspace where conversations could be easily overheard constituted an invasion of privacy.

Although the most sensible day-to-day practice is to clearly label all video cameras, there may be limited times when companies need to utilize secret video cameras, even if they are placed in areas in which employees normally have a privacy interest. For example, an employer may need to place a secret camera to uncover suspected employee misconduct or criminal activity such as theft or misappropriation of the company’s proprietary information. In such instances, any secret recordings should be as limited in duration and scope as possible, and actively avoid infringing on any more employee privacy than necessary. In Hernandez v. Hillsides, Inc., the court ruled that, because a hidden surveillance system was narrowly tailored in time, location and scope, and was motivated by legitimate business concerns, the invasion of privacy was neither highly offensive nor an egregious violation of prevailing social norms.

In order to successfully navigate the many complexities of using video surveillance in the workplace, effective risk management needs to play a vital role. Following these practical guidelines for video surveillance will help ensure that a company will not find itself on the losing end of an employee’s invasion of privacy lawsuit.
William G. Benz is an associate with Carico Johnson Toomey in El Segundo, California.