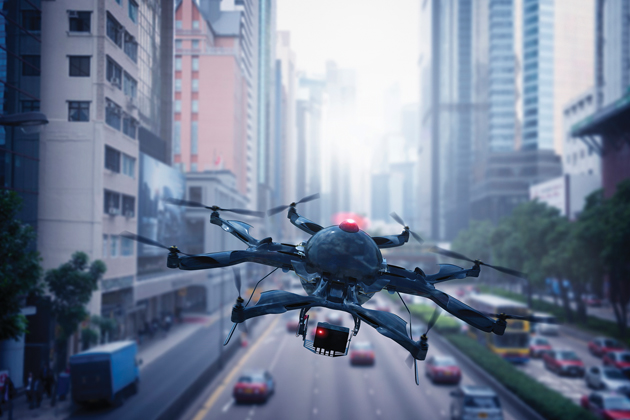 When the “drone era” began, the conventional wisdom was that drones represented a linear expansion of aviation legal practice and that tried and true principles that had gone in to pursuing or defending aviation claims would translate easily into drone accident litigation. In reality, little was known about what “drone law” would mean. The regulations were a work in progress, the technology was still developing and the application of aviation legal principles to the issues in future drone litigation were a matter of speculation. Much of this remains true, even though the Federal Aviation Administration (FAA) has implemented new regulations and the technology has advanced to the point where a significant increase in commercial use can soon be anticipated. These uncertainties raise significant questions about how a drone claim should be defended.

For example, the first line of defense in most aviation cases is federal preemption—the idea that any state-based claim is preempted by federal regulations. This defense is useful in that showing compliance with federal regulations can be easier than defending against general, less-defined claims under state law. In order for that defense to work, however, one of two things must be true: either the federal government’s regulation has to completely cover that particular subject (“occupy the field,” as stated in the law) or the state law has to directly conflict with the federal law. The latter is very rare and, based on recent federal decisions, the former is getting harder to rely on, even in conventional aviation cases.

Moreover, the “field” of drone regulation is also occupied by state and local laws, and the number and scope of those local laws are growing. Thus, the chances of a federal field preemption defense succeeding in a drone case should be considered extremely uncertain, especially since the FAA’s current regulations represent a tentative step rather than “occupying the field.” In fact, a prior version of the 2016 FAA Authorization Act included a provision that would have led to express federal preemption with regard to drones, but that was dropped before the act became law. That legislative history weighs heavily against a field preemption argument.

In order to better address a drone accident claim, defendants first need to view the drone less as an aircraft and more as a product of emerging technology. Aircraft manufacturing is subject to substantial federal oversight and regulation. Drone manufacturing, on the other hand, is largely unregulated with virtually no government oversight. The only standard is essentially “does it fly?” Aircraft operations, and the regulations relating to them, rely heavily on a pilot in command onboard the aircraft. A drone, on the other hand, is being operated by a pilot in command who is remote, which has implications with regard to the degree of control and legal duty. While aircraft and drones both rely on software and advanced technology, the degree of reliance on technology is significantly higher for the drone, primarily because it is relying less on the pilot and the design features that create lift and can mitigate the loss of electrical systems in the case of an emergency and more on the hope that the software engineers did a good job.

Drones and drone strikes are more analogous to birds and bird strikes, so the scope of potential defendants in a drone case can extend to airports as well as anyone who could be accused of having failed to implement geo-fencing or other technology to control something that cannot fully be trusted to control itself. The fact is that diminishing the role of human control in favor of technological self-reliance challenges the well-established legal principles of duty and causation.

Defending a drone case may thus involve transitioning the focus away from standard aviation negligence theories toward products liability, either by relying on state products liability statutes that preempt common law claims or by alleging third-party fault against manufacturers and retailers.

It is critical to be able to understand and articulate emerging technology and how it relates to the principles that underlie legal defenses. The behavior of drones or any emerging technology that relies entirely on the decision-making incorporated into the programming of such technology (sometimes loosely called “artificial intelligence”) can challenge traditional concepts of duty and causation. The scope of potential defendants in a drone accident, especially one that is catastrophic, could be much larger, so understanding who all of the potential parties are and the relative causes of action against them will be an important consideration.
William H. Walsh is co-chair of the aviation industry practice group at Cozen O’Connor.