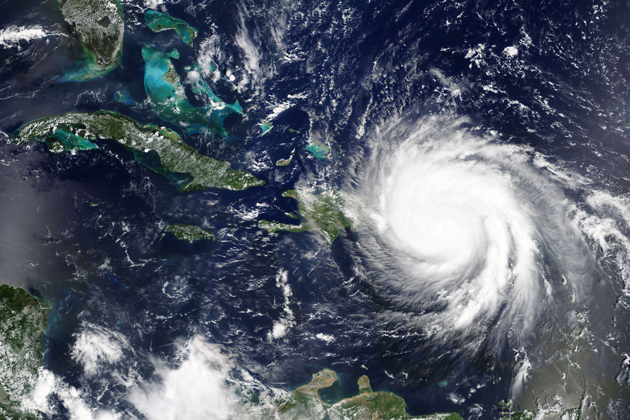 The full extent of economic damage from this year's devastating hurricanes—Harvey, Irma, Juan and Maria—will not be evident for some time. That impact is likely to extend well beyond the Gulf states, Puerto Rico and the Virgin Islands to the greater United States and even global economy. Damage to major oil refineries and chemical, plastics plants in the Gulf, as well as to pharmaceutical and medical device plants in Puerto Rico, is likely to affect supply chains for a wide range of products. Likewise, many businesses will lose sales to customers who suffered damage from the storms.

In the storms’ aftermath, businesses in the affected areas of Texas, Louisiana, Florida, Puerto Rico and the Virgin Islands should be vigilant in pursuing insurance recoveries. That entails assessing not only the physical damage to their property but also income losses stemming from flooded and blocked roads and bridges, interruptions of shipping and air transport, evacuations, and closures by civil authority.

Businesses suffering from supply chain disruptions, both in the areas of immediate impact and throughout the United States, should look to their property insurance policies for contingent business interruption coverage, triggered when policyholders lose revenue due to the effect of property damage on a supplier or customer.

Business interruption insurance covers businesses for losses in income stemming from unavoidable disruptions to their regular operations as a result of damage to property. In addition to coverage resulting from damage to the policyholder’s own property, “BI” coverage also may be triggered by circumstances including utility service interruption, a government evacuation order or a substantial impairment in access to a business’s premises. Many property policies also provide “extended business interruption” coverage that begins when the property is fully repaired and ends when operations are ramped up to their pre-disaster level—though that extension typically is limited to 60 days.

Contingent business interruption coverage is triggered when policyholders lose revenue after a property loss impacts one or more suppliers or customers. For example, businesses that rely upon specialty chemicals from the affected area may have to pay more for supplies, and companies that sell into the area, such as consumer products manufacturers and distributers, will suffer lost sales. While the business itself need not be physically damaged, it does need to have coverage for the type of damage that affected its suppliers, business partners or customers. For example, a business must have flood coverage to file a contingent business interruption claim for losses triggered when a supplier is incapacitated by flood.

Whether the policyholder has the appropriate coverage for its own property that is needed to trigger contingent business interruption coverage can be a complicated issue. Many companies have flood insurance only for specifically designated flood zones. If the policyholder has substantial operations outside those zones, an insurance company might argue that it does not have the needed coverage to respond to a contingent business interruption loss stemming from floods in the Gulf or Puerto Rico.

Extra expense coverage applies to additional costs incurred by the policyholder as a result of damage to its property, and to costs incurred to mitigate economic losses. This coverage often is very broadly defined.

Policy Pitfalls: Sublimits and Concurrent Clauses
Many commercial property insurance policies provide different sublimits for losses caused by “flood” “storm surge” and “named storms.” How the policy defines these key terms can be critical in determining the amount recoverable for the policyholder’s loss.

In the aftermath of a major storm, damage caused by wind or wind-driven rain, storm surge or flood can be difficult to distinguish. For policyholders lacking flood coverage, insurance companies often invoke “anti-concurrent causation clauses” to deny any coverage at all if flooding occurred. Some state courts, however, have held that if the “efficient proximate cause” of damage is covered—that is the dominant cause—then the claim is covered. Also, anti-concurrent causation clauses should not be applied to property that is damaged by a covered cause, such as wind and rain, and later subjected an excluded cause, such as flood, which causes no additional damage. For this reason it is often important to determine the sequence of events and cause of damage to each item in the property loss claim.

Careful Coverage Evaluation
Calculating the full range of business income loss from property damage, disruption of the surrounding area, and closures by order of civil authority is a complex task. It begins with a careful evaluation of your insurance coverage, taking into account the interplay between the various coverages, exclusions and sublimits which may apply to your claim. Then, develop a plan to drive the claim adjustment to a prompt resolution. In that regard, make clear to the insurance companies the adverse impact that a delay in payment will have on your company, and document everything that occurs—or does not occur—in the adjustment process so the insurers will know that a record is being made of their claims handling conduct.

In the aftermath of disaster, insurance can be a vital lifeline—but it is one that has to be actively seized, and in some cases strenuously climbed. Understanding your full range of coverage and thoroughly documenting your sources of loss are essential to maximizing the recovery owed under your insurance policies.
Finley Harckham is a senior litigation shareholder in the New York office of Anderson Kill where he regularly represents and advises corporate policyholders and other entities in insurance coverage matters. His areas of particular focus include property loss, business interruption, directors and officers liability, construction, professional liability, aviation liability, cyber and general liability claims.
Marshall Gilinsky is a shareholder in the New York office of Anderson Kill P.C. and co-chair of the firm’s sexual harassment and abuse insurance recovery practice group.