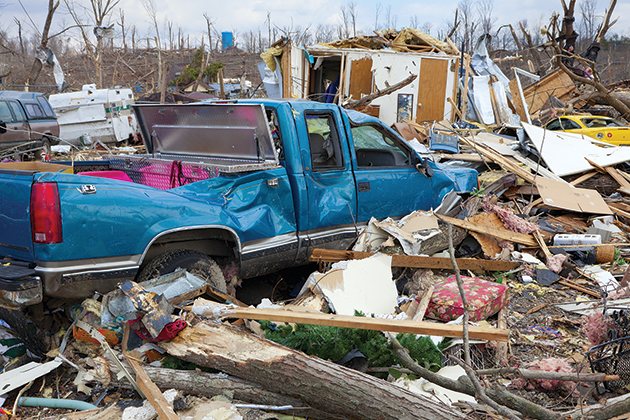 According to a report by the United Nations Office for Disaster Risk Reduction, direct economic losses from climate-related disasters have increased 151% over the past 20 years.

From 1998 through 2017, countries reported direct economic losses of $2.9 trillion from natural disasters, of which $2.25 trillion or 77% was due to climate-related disasters including flooding, droughts and heat waves (with the remaining losses primarily from geophysical disasters like earthquakes). In the previous 20 year period, disasters caused $1.3 trillion in total reported losses, of which $895 billion (68%) was climate-related. Climate-related disasters also represented 91% of major recorded events, with floods (43.4%) and storms (28.2%) the two most frequent types of disasters.

The sharp increase in climate-related disaster losses is likely even worse, but the report notes that 63% of disaster reports do not include economic data.

As climate change continues to increase the frequency and severity of extreme weather events, the office cautioned, “disasters will continue to be major impediments to sustainable development so long as the economic incentives to build and develop hazard-prone locations outweigh the perceived disaster risks.”

Natural Catastrophe Losses Below Average in 2014