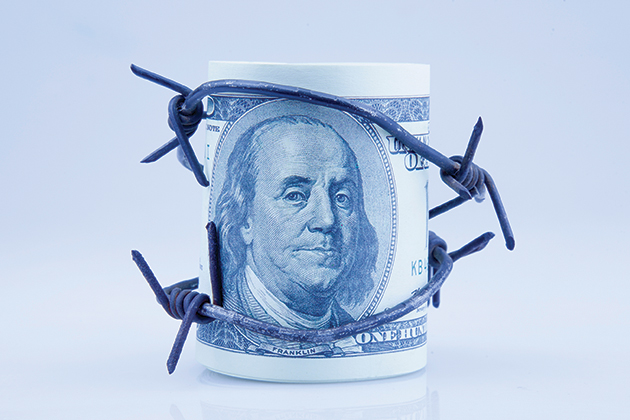 While the United States has long used sanctions to implement foreign policy, their complexity has increased significantly in recent years, posing an array of practical challenges for companies operating internationally or engaging in cross-border transactions. A number of factors have contributed to this challenging environment, and now companies and risk managers need to examine the impact of these sanction trends and determine how to best address the risks they create.

While U.S. companies (and in certain cases, their foreign subsidiaries) must always comply with U.S. sanctions, the United States has increased the extraterritorial application of its sanctions programs in recent years, resulting in increased risk for non-U.S. companies.

First, the country has adopted an expansive interpretation of activities that have a U.S. nexus and are therefore subject to U.S. sanctions. For example, the United States has recently imposed criminal and civil penalties on foreign persons who engage in transactions with Iran that involve the transfer of funds through U.S. intermediary banks, even if the parties to the transaction are not U.S. persons and the transactions otherwise occur entirely outside of the United States. Accordingly, it is imperative to conduct a careful review of transactions and activities to determine whether U.S. sanctions may apply because of a U.S. nexus, whether due to the use of American currency or financial institutions, involvement of U.S.-origin goods or technology, or another such connection.

Second, the United States has increased its use of policy-focused “secondary sanctions” directed at non-American companies that engage in transactions with targeted countries or persons, even where there is no U.S. nexus. Within the past year, the United States has imposed secondary sanctions on non-U.S. companies that engaged in activities involving Russia, North Korea and Iran, including those found to have engaged in significant transactions with a Russian military entity, provided support to North Korea’s weapons programs, financed or participated in cyber interference activities, engaged in sanctions circumvention, or provided material support to sanctioned persons.

Additionally, as a result of President Trump’s decision to withdraw the United States from the Iran nuclear deal, the administration has threatened to sanction non-U.S. companies that engage in a broad range of transactions involving Iran. Given the increased application of U.S. secondary sanctions, non-U.S. companies must carefully assess whether their international business activities intersect with U.S. sanctions-targeted activities, countries or persons and determine whether to pursue or maintain such business. Further, U.S. companies should also consider the secondary sanctions risk exposure of any counterparties, which could disrupt their own business.

During the Obama administration, the United States, European Union, and other U.S. allies cooperated to align their sanctions—particularly with respect to Iran and Russia—to limit disparities and maximize their impact. In conjunction with its “America First” approach to foreign and economic policy, the Trump administration has taken a more unilateral approach toward sanctions, resulting in a divergence in both the timing and substance of sanctions measures.

For example, while the EU remains a party to the Iran nuclear deal and thus permits EU persons to engage in most transactions involving Iran, following the United States’ withdrawal, it has re-imposed secondary sanctions that were suspended under the deal. Additionally, while the EU has not significantly ratcheted up sanctions against Russia in the past year, the United States imposed sanctions against some of Russia’s wealthiest businessmen and their global business interests in April 2018.

The divergence between the United States and its allies creates challenges, particularly for companies with a global footprint that requires they comply with both U.S. and EU law. For example, following President Trump’s decision to withdraw from the Iran nuclear deal, the EU expanded the scope of its blocking regulation to generally prohibit EU persons from complying with U.S. secondary sanctions targeting Iran, creating a dilemma for EU companies with business in Iran that must now choose between withdrawing business from Iran and potentially exposing themselves to EU penalties, or maintaining business in Iran and exposing themselves to U.S. secondary sanctions. Given these challenges, companies with both a U.S. and an EU presence should assess their exposure and take calculated measures to reduce risk in both jurisdictions.

While Congress has always had a role in shaping U.S. sanctions, it has asserted its power to design and implement sanctions to a greater degree during the past two years, owing largely to concerns that the Trump administration would roll back sanctions imposed on Russia during the Obama administration. This was particularly evident when Congress overwhelmingly passed the Countering America’s Adversaries Through Sanctions Act (CAATSA) in 2017 to require the president to impose a broad range of sanctions against Iran, Russia and North Korea. Moreover, members of Congress have been pressuring the Trump administration to enforce CAATSA measures ever since the law was enacted.

As of this writing, a number of bipartisan sanctions bills are also pending before Congress that, if enacted, could further substantially impact both U.S. and non-U.S. companies’ business activities involving the Russian energy and financial sectors. As demonstrated by the speedy passage of CAATSA, unexpected domestic or international events can quickly trigger the resolution of pending legislation. Accordingly, companies must proactively monitor and assess the impact that such bills and evolving geopolitical events may have on their business and develop contingency plans to mitigate risk in case such legislation is enacted.

4. The increased use of sectoral sanctions complicates compliance.

Sectoral sanctions are a newer type of sanction designed to limit access to U.S. capital and debt markets or certain critical U.S. goods, services and technology. Sectoral sanctions gained prominence in 2014 following Russia’s announced annexation of Crimea and, to date, have been a critical element of U.S. sanctions on Russia and Venezuela.

Mindful of the significant potential penalties for violating U.S. sanctions, financial institutions, investors and third parties have increased their focus on sanctions diligence and de-risking. For example, to ensure their own compliance with sanctions, institutional lenders are increasingly demanding provisions in loan agreements that require compliance with sanctions by or from the United States, European Union and other jurisdictions, even if the borrower is not actually subject to these laws. There have also been increased instances of financial institutions independently blacklisting or closing the accounts of companies suspected of engaging in business with countries or persons subject to U.S. sanctions in order to minimize their own risk exposure. Accordingly, companies should consider risks that may result from transactions involving sanctioned countries or persons, even if such transactions are otherwise lawful.
Wynn H. Segall is a partner in Akin Gump’s global international trade practice.
Melissa J. Schwartz is a partner in the cross-border transactions practice at Akin Gump.
Nnedinma C. Ifudu Nweke is senior counsel in the international trade practice at Akin Gump.
Dallas Woodrum is an associate in the international trade practice at Akin Gump.