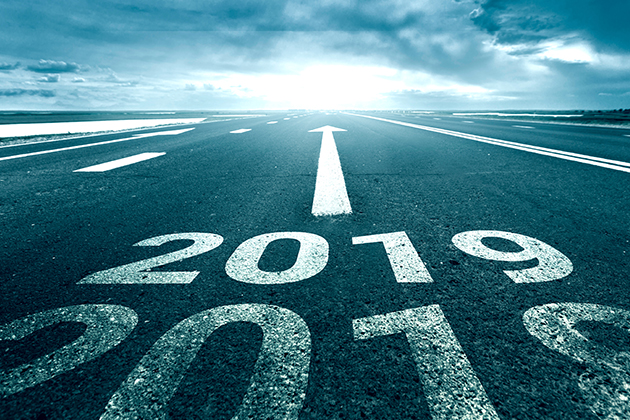 As we enter the final year of this decade, the list of concerns that will keep risk managers up at night continues to grow. The inextricable linkages between political, economic, social and environmental risks have become undeniable, implying that risk managers must become social scientists in order to comprehend the evolving risk matrix, and that they no longer have the luxury of sticking to a conventional script in order to do their jobs well. For this reason, the coming year, and the coming decade, will challenge those in the risk management community as never before.

Among the most prominent risks that will need to be addressed on an ongoing basis are the growing economic and topographical costs of climate change, the impact of instant communication on reputation risk, and the unpredictable nature of political change. All three are indicative of the interconnectivity of variables that did not necessarily exist or impact businesses on a routine basis as they do now. That has changed the calculus for many organizations, especially those that have yet to adopt a defensive approach to risk management.

In addition, seismic shifts are occurring in the technological arena on an ongoing basis, forcing risk managers to become conversant in such emerging domains as blockchain, cyberrisk and artificial intelligence, among others, since these phenomena are having a profound impact on the ability of businesses to not only compete, but to remain secure. It has increasingly become the case that those businesses that do not integrate these emerging technologies into their risk management lexicon could pay a high price or face a potential existential risk from not understanding the potential influence on their industries. For a profession that was born out of hedging tangible assets, never have risk managers and the enterprises they are supposed to shield faced such an onslaught of intangible threats.

In short, the risk manager of tomorrow will need to spend more time reading cutting edge research, attending seminars, or even going back to school in order to stay ahead of the curve. Given the stakes, an enlightened C-suite must allocate resources to ensure that its risk managers not only have the tools, but the knowledge, to protect their enterprises and anticipate approaching risks.

Bearing in mind this evolutionary landscape, here are some predictions for the coming year that are likely to impact risk managers well into the next decade:

1. The nexus between populism and nationalism will become more entrenched, implying that political figures such as Trump, Duterte and Erdogan may become the norm, rather than the exception in global politics. As a consequence, more of the global economy will be depend on wily political decisions, rather than the traditionally agnostic economic forces that conformed to measurement. As voters around the world come to perceive this trend as part of the new normal, rather than an anomaly, they may increasingly support political candidates who espouse fiery rhetoric that promises more law and order, less immigration, and a more isolationist stance on the global stage. This could mean a heightened propensity for expropriation, restrictions on currency inconvertibility and transfer, political violence, and breach of government contracts. GM’s woes in both in the United States, where it experienced politically inspired difficulties related to workforce downsizing, and in Venezuela, where it saw its assets expropriated, are emblematic of the challenges and difficulty of finding shelter from the long arms of political risk.

2. Greater income inequality will lead to enhanced societal tension, strain on city, state, and national resources, and more pressure on governments to allocate greater funding for public services. This may create additional opportunities for private sector entities to partner with governments to provide capacity, but doing so likely means greater risk of failure.

3. The race to achieve supremacy in the artificial intelligence arena will heat up, not only between companies, but between a broader range of governments. Those companies that have not yet joined the race will be under increasing pressure to get involved, particularly as competitors in their industries do the same. Smaller governments are now also starting to allocate resources to stake their claims. There is substantial risk that, in the rush to participate, many organizations will not first consider the risks associated with doing so, or will only do so after the fact. Needless to say, this and other advanced technologies will continue to morph the cyberrisk landscape at a quicker pace than analog risk managers and their defense mechanisms will be able to keep up with.

4. Economic double-jeopardy will begin to shape investment strategies in 2019 and beyond. More and more sectors (in particular, large asset holders such as sovereign wealth funds, pension funds, hedge funds and insurers) are realizing that they are at once too big to fail and too big to hide. The result is that traditional financial risk-hedging instruments will begin to dry up and underwriting parameters will harden as mathematically infrequent events, driven mostly by the domino rally of climate change, pandemic threats, severe income inequality and a globally disaffected population, will continue to strain asset-liability management. As a result, risk managers and their enterprises, especially those that do not enjoy so-called fortress balance sheets, will have to prepare to go it alone or seek alternative risk pooling mechanisms among their peers or industries.

The coming year and decade are likely to prove to be the ultimate exercise in resiliency. Only those firms with smartly allocated resources and limitless fortitude will be able to successfully maneuver through the cavalcade of risks that are already bombarding organizations across the globe. In the face of these non-conforming, interconnected and complex risks, firms will not be able to spend their way to “safety” as they once did with more traditional risk domains. After all, if there is anything to be learned from the rise of intangible risks, it is that even if organizations are fully insured, these risks can still be incredibly painful for the unprepared. Rather, firms and their risk managers will have turn to the seldom-used soft side of the risk management tool kit.

Boards and executive teams will also have to grant risk managers longer and permanent access to the highest levels of governance, especially since the best defense from the rise of intangible risks appears to be a solid, enterprise-wide commitment to corporate value systems and environmental, social and governance principles. While this narrative may have previously been dismissed as the self-serving attempt of a growing professional class of risk managers with board-level aspiration, today this strategic talent gap looms large. Bridging it will be one surest investments in resilience in 2019
Dante A. Disparte is founder and CEO of Risk Cooperative, based in Washington, D.C., and co-author of the book Global Risk Agility and Decision Making.
Daniel Wagner is is senior investment officer for guarantees and syndications at the Asian Infrastructure Investment Bank in Beijing. He has more than three decades of experience assessing cross-border risk, is an authority on political risk insurance and analysis, and has worked for some of the world’s most respected and best-known companies, including AIG, GE, the African Development Bank, the Asian Development Bank and the World Bank Group. He has published eight books—The Chinese Vortex, The America-China Divide, China Vision, AI Supremacy, Virtual Terror, Global Risk Agility and Decision-Making, Managing Country Risk, and Political Risk Insurance Guide—as well as more than 700 articles on current affairs and risk management.

Examining the Emerging Economic Risks for 2019