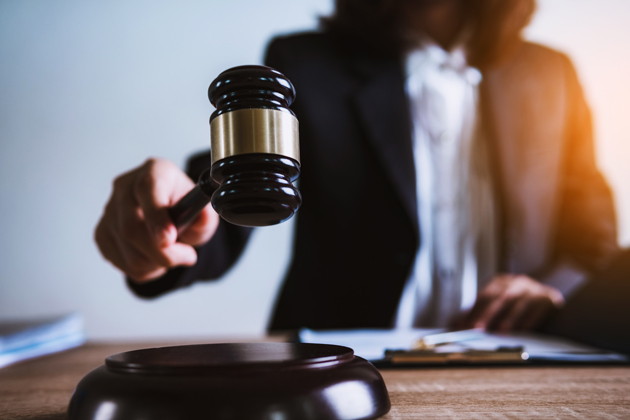 In 2018, state and federal courts issued decisions on several new and emerging insurance issues, including coverage for losses stemming from cryptocurrency transactions, cyber bullying and data breaches. In 2019, consequential decisions mostly concerned new variations on long-standing issues. Courts rejected a number of tried-if-not-true coverage defenses, including overly broad interpretations of the contract exclusion, the war risk exclusion, the so-called “polluter’s exclusion” and late notice, while also affirming on several fronts the breadth of the D&O coverage grant. The 2019 docket also holds cautionary tales for policyholders, including the imperative to be thorough when seeking assignment of insurance coverage while acquiring a company. The following is an overview of key coverage decisions:

The case concerned a professional liability policy issued to a company that had contracted to design and build an “aerobic digester,” designed to convert cow manure to electricity. After an accident, the insurance company denied coverage on the basis of a breach of contract exclusion, as the underlying claim arose from DVO’s breach of contract. The trial court agreed, but the Seventh Circuit reversed. The court found that all of DVO’s work was performed pursuant to a contract, and that to enforce the breach of contract exclusion would render the coverage illusory.

The court found that the jury could rule for National Union and find that its “coverage decisions were not unreasonable.” However, it also found that “there is a legally sufficient evidentiary basis for a jury to find that National Union acted or failed to act without proper cause.” As a result, the court denied National Union’s motion.

War Risk Exclusion
The war risk exclusion has received much attention of late with respect to cyberattacks. Universal Cable Productions, LLC v Atlantic Specialty Ins. Co. (9th Cir. 2019) concerned a more traditional conflict—that between Israel and Hamas in Gaza.  Universal was filming near Gaza and had to move and cease production, and this resulted in a business interruption loss.

The court found that in the insurance context, war was understood only to be a conflict between two sovereign states. It therefore held that since neither Hamas nor Gaza were sovereign states, the exclusions did not apply.

War and terrorism exclusions have become much broader in many policies, and policyholders need to review them carefully, with the pertinent geographical territory and the potential armed conflict in mind.

Late Notice
Late notice is a crucial issue on which jurisdictions differ dispositively. Pitzer College v. Indian Harbor Ins. Co. (Cal. Sup. Ct. 2019) concerned a California policyholder suing in California on an insurance policy that contained a New York choice of law provision. Pitzer gave late notice of an environmental claim to Indian Harbor, which denied coverage on that basis. Under California law, late notice will only foreclose coverage if the insurance company can demonstrate substantial prejudice, while under New York law, with respect to the insurance policies at issue, late notice is fatal to coverage. The California Supreme Court held that the prejudice rule was a fundamental public policy of California that overrode the contractual choice of law provision.

Asbestos Insurance Coverage
Apocryphally, a Lloyd’s representative once said that “the next asbestos” would be asbestos. The Connecticut Supreme Court’s decision in R.T. Vanderbilt Co. Inc. v. Hartford Accident and Indemnity Co. et al. (2019) reflects the persistence of asbestos claims in the insurance (and other) contexts. The court addressed four important issues.

Most importantly, the court confirmed that Connecticut was a continuous trigger state. Under that rule, the insurance company on the risk when the first exposure to asbestos occurs is liable, along with insurance companies that continued on the risk until manifestation of an asbestos illness or death. The court affirmed the lower court’s refusal to permit expert testimony by an insurance company to opine that an asbestos injury does not take place until the final cellular mutation that caused the disease to develop.

The court also adopted the “unavailability rule,” holding that the insurance company and not the policyholder was responsible for those years on the risk when insurance coverage was not available in the marketplace. The court further ruled that indoor exposure to asbestos was not pollution, adopting, as in Starr Surplus, the rule that the so-called polluter’s exclusion only applied to traditional environmental pollution and not to small-scale indoor releases of toxins.

Having ruled for the policyholder on three high-stakes, recurrent issues, the court granted one significant victory to insurance companies, holding that an “occupational disease” exclusion applied not only to the policyholder’s own employees but to any employee. As almost all asbestos claimants suffered exposure in the course of their employment, this holding practically vitiates coverage under any policy containing such an exclusion.

Assignment
Insurance companies carefully review claims by successor companies under their predecessors’ policies to see if the parties had properly assigned the policies. In The Premcor Refining Group, Inc. v. ACE Ins. Co. of Illinois (Ill. App 2019), the successor corporation failed to do so.

Premcor purchased assets from Apex. As a result, Premcor found itself subject to environmental litigation stemming from those assets. Premcor sought coverage under the historic Apex policies in place when the contamination occurred. The insurance companies denied coverage, asserting that the asset purchase agreement (APA) had not assigned those policies to Premcor. Moreover, Apex intervened, joining the insurance companies and denying that it had assigned the policies to Premcor.

The court ruled that the APA did not include an assignment of those policies in dispute. It found that while the APA did specifically assign certain policies, it did not assign the earlier policies. The court stated, “a valid assignment must describe the subject of the assignment with sufficient particularity.”

Loss of Use
The definition of property damage in a general liability policy includes “loss of use of tangible property that is not physically injured.” Many policyholders do not realize how broad this coverage is. In Thee Sombrero v. Scottsdale Ins. Co. (Cal. App. 2019), the court stretched this coverage probably as far as it can go.

D&O Issues
Delaware courts were active in addressing D&O issues in 2019, issuing several important decisions that demonstrated the importance of having the broadest policy language in a D&O policy.

In Conduent State Healthcare, LLC v. AIG Specialty Ins. Co. (Del. Super. Ct. 2019), the policyholder received a civil investigation demand (CID) from the Texas attorney general demanding documents. The court held that the demand for documents was a claim because it was a demand for non-monetary relief.

In Arch Ins. Co. v. Murdock (Del. Super. 2019), the court held that settlement payments by the company to its shareholders was not an excluded ‘increase in the consideration paid’ but a covered loss.

In 2019, courts placed important constraints on insurance companies’ propensity to read business insurance policies in the narrowest possible fashion. Principles including a continuous trigger of coverage for long-tail claims, the impermissibility of illusory coverage, and the reality of bad faith were affirmed. Policyholders faced with unwarranted coverage denials should take heart, and resolve to fight for coverage.
Robert D. Chesler is a shareholder in Anderson Kill's New Jersey office and represents policyholders in a broad variety of coverage claims against their insurers and advises companies with respect to their insurance programs.
Robert M. Horkovich is managing partner in Anderson Kill’s New York office and chair of the firm’s insurance recovery group. He is a trial lawyer who has obtained more than $5 billion in settlements and judgments for policyholders from insurance companies.

Maximizing Coverage for a Product Recall