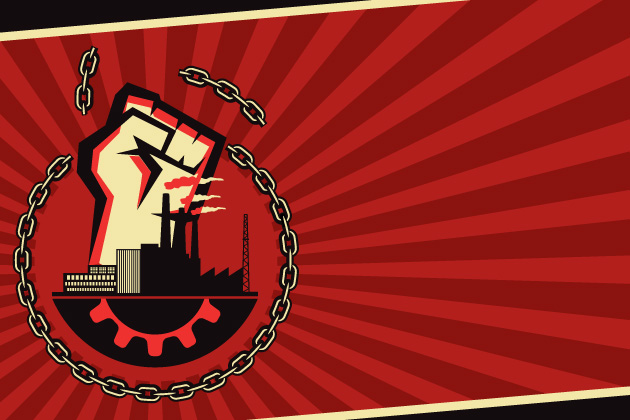 Every global risk manager is finely attuned to the weather, given the potentially devastating impact Mother Nature can have on supply chains. But another kind of storm can unravel international operations—one that effects the political climate.

As this year's events in Ukraine have vividly demonstrated, formerly stable political regimes can quickly falter and fail. Even a staunch ally like Egypt, once a safe destination for tourists, can become a questionable place to do business in an instant. Economic factors like rising interest rates in the United States can also create political and economic havoc in emerging countries that have thus far benefited from record-low borrowing rates.

Because of the political, economic and natural disaster risks, particularly in this era of lean manufacturing, global sales and far-flung supply chains are increasingly a key consideration for risk managers. Anything that can interrupt the predictable flow of commerce presents severe bottom line threats that simply cannot go unmanaged.

These disruptions also appear to be occurring with much greater frequency. According to a 2013 APQC survey of senior executives at 196 companies, 77% of respondents had experienced at least one unexpected supply chain disruption in the past 24 months. More than half (56%) said the disruption was serious enough to require continual attention and intervention, and 92% expressed being "somewhat concerned" to "extremely concerned."

Link by Link
The anxiety is not likely to abate any time soon—especially as supply chains add more links. The APQC survey indicated that nearly three-quarters of respondents had added suppliers that were physically distant from their facilities in the past five years, with 63% acknowledging that the suppliers were located in areas of the world known for political turmoil, natural disasters or extreme weather events.

Such events include the one-two punch of Japan's earthquake and Thailand's floods, both in 2011. The earthquake and tsunami in Japan, for example, severely affected the global electronics industry, creating lengthy disruptions in that country's automotive industry. One automobile manufacturer attributed $1.2 billion in product revenue losses to parts shortages that resulted in the manufacture of 150,000 fewer cars in the United States.

The floods in Thailand, meanwhile, caused shortages in the availability of hard disk drives, culminating in billions of dollars in property losses and business disruption for electronics manufacturers worldwide. Almost 1,000 factories in Thailand serving global supply chains across the world were shuttered by the disaster, costing insurers an estimated $20 billion in losses, Reuters reported.

"The vulnerability companies have to the supply chain has increased incredibly over the past several years, particularly since the financial crisis," said John Phelps, director of business risk solutions at Florida Blue (formerly Blue Cross and Blue Shield of Florida). "Everyone is trying to squeeze the last drop out of a dollar, and that has made the supply chain extremely lean. Activities that companies might have performed in-house in the past are now sent off to suppliers across the world, creating enormous vulnerability."

Other risk managers are proud of their companies' geographically wide supply chains. "We buy stuff from all over the world," said John Hach, risk manager at Lincoln Electric Co., a Cleveland, Ohio-based manufacturer of welding products. "I'd estimate we have suppliers from about 50 different countries other than the United States, many of them third-world nations, which is where a lot of mining takes place."

Political Paradox
Not only must risk managers contend with physical risks to international operations, they are increasingly confronted with the hazards posed by political instability. Although most recently evident in Egypt and Ukraine, potential future instability in relied-upon supply markets is a looming concern for the future. "We're coming off a very unusual period of financial crises, with central banks dropping interest rates to all-time lows," said Stephen Kay, senior vice president and U.S. practice leader for political risk and structured credit at Marsh.

Many economies stimulated by the low rates were able to "put a floor" under unemployment, he explained, while their cash-starved governments borrowed needed capital. Now, with the U.S. economy stirring and showing some signs of growth, the Federal Reserve-the world's leading central bank-is expected to pull the lever back on quantitative easing, which in turn could convulse many emerging markets that have been hanging onto the United States' and Western Europe's coattails.

"For six years, they've been getting a free ride on the low interest rate wagon," Kay said. "The United States and Europe took the brunt of the financial crisis, while emerging markets did just fine once the stimulus kicked in. Now, with the stimulus being pulled back, global companies are discovering that not all emerging countries are created equal. A failing economy could incite political uprisings that affect the supply base in that country."

Certainly, the lingering effects of the European sovereign debt crisis on the PIIGS countries (Portugal, Ireland, Italy, Greece and Spain) will continue to trouble some risk managers, who remain aware of the potential impact on key suppliers in these regions. Even more worrisome may be the emerging markets that appeared to be perfectly stable just a year or two ago-the BRIC countries of Brazil, Russia, India and China, or the so-called "Fragile Five" economies identified by a Morgan Stanley executive that include Turkey, South Africa, Indonesia, Brazil and India.

These potential risk scenarios resonate with Tom Teixeira, practice leader of integrated risk management at Willis Group. "Economic troubles in a region could spell bankruptcy for a key sole supplier or, more importantly, a unique supplier, which could be a very small company providing the necessary active ingredient, for instance, used in a number of pharmaceutical drugs," he said. "If that company goes under overnight, the effects can be massive. You might be able to turn to another supplier, but only if it is FDA approved. If not, it could take 18 months to line up an alternative."

Richard Roberts, senior manager of risk financing and employee benefits at Connecticut-based aerospace and defense company Ensign-Bickford Industries agreed that contingent business interruption (CBI)-the failure of a key supplier-is "a major area of concern for just about every risk manager I know," he said. "The more international your supply chain becomes, the less you know the risks."

No one can predict the future but, if other currently stable markets follow the rubble-strewn path of Egypt, Thailand and Ukraine, many companies "will awake overnight to the fact they have big supply chain exposures for which they have no insurance," Kay said.

Uninsured Yet Aware
It can be extremely difficult to transfer the risk of CBI in the event of political or economic chaos. While property insurance policies provide CBI coverage to transfer the risk of suppliers unable to deliver goods because of a storm or other natural hazard, the same does not apply when a government forces the shut-down. "If there is a disruption in the supplier's ability to supply agreed-upon materials and other goods, but there is no actual physical damage at the supplier's site, CBI doesn't kick in," Teixeira explained.

This is understandable, as property coverage is related to bricks and mortar property, not the effects of a coup d'etat, martial law or sudden expropriation of assets. Even if a second-tier supplier's factory was damaged during a civil uprising, the property policy would not absorb the loss, as the insurance generally excludes damage caused by political peril.

Drawbacks to traditional insurance policies addressing supply chain risks must be considered, given this unusual period of political and economic upheaval. "We're always on the watch for potential political incidents to get in front of them," Hach said. "If a problem occurs, we have plans in place so the event doesn't interrupt us a lot. Fortunately, even though we have a lot of exposure, we haven't had to shut down production."

Roberts said Ensign-Bickford has a dedicated supply chain management team that reviews the financial stability and ongoing viability of suppliers well beyond the first tier. One resource they use is Aon's interactive political risk map, which measures key political risks in 163 countries, including exchange transfer, legal and regulatory threats, political interference and supply chain disruption, among others.

Running for Cover
Risk mitigation efforts are especially important since transferring supply chain exposures has become problematic. Following recent natural disasters, the property insurance markets immediately tightened their CBI coverage terms, conditions and pricing, though the strictures have eased a bit in subsequent renewal periods. Still, Roberts noted that most markets provide CBI coverage exclusively for first-tier suppliers, while only a few others offer the insurance for second-tier suppliers down the line.

"In all cases, the carriers tend to sublimit the CBI at a low threshold," he said. "We try to negotiate the limit up, which is not easy. The carriers go as far as asking for a list of all your suppliers before they'll consider increasing the limit, to see where they're geographically located."

The location has more to do with the threat of a natural disaster than a political one, due to the aforementioned lack of CBI coverage from traditional property and political risk policies. This void has not gone unnoticed by the insurance markets, however. As always, necessity is the mother of invention.

Teixeira pointed out that the financial crisis shed light on the economic problems that had forced many primary, secondary and tertiary suppliers into bankruptcy. Since there was no physical damage to these companies' facilities, the property coverage was useless from a CBI standpoint.

A few intrepid insurers quickly realized a market opportunity and developed standalone, tailor-made supply chain disruption insurance products. The coverage was on an all-risks basis in some cases, absorbing CBI risks derived from a supplier's insolvency for political, economic, credit or other reasons. These early products, however, were pricey and varied considerably from a coverage standpoint. In some policies, for example, the coverage hinged on a list of specific perils that caused the supply chain disruption, such as an IT breakdown at the supplier site.

These perceived drawbacks made many buyers anxious. "The insurance was pretty clunky and unsophisticated, and [carriers] had trouble finding interest," Teixeira explained. "They wanted too much data on the various tiers of suppliers, down to the sixth tier. Despite the need [for such insurance], it just wasn't a pragmatic product."

This is changing. Carriers like Zurich, Munich Re and the Lloyd's of London syndicate Kiln Group have become less conservative with data collection strictures and overly extensive assessments of multi-tier suppliers.

According to some brokers, however, the market may have broadened, but not to the degree that it has improved pricing materially. A supply-demand imbalance remains, with a meager supply attempting to address substantial demand. As the supply chain disruption insurance market continues to work out its kinks, there remains a dire need among risk managers for a viable insurance product to address the political and economic risks confronting their supply chains. Until then, the focus will have to be on risk mitigation.

At Lincoln Electric, a brightly lit supply chain dashboard keeps tabs on all the company's suppliers worldwide, and the ones it depends on the most are featured prominently. "We've narrowed things down to focus on the truly important suppliers that could cause a major disruption for us," Hach explained. Each day, he scans the dashboard's traditional red, yellow and green traffic lights to identify the current risk hotspots. Of course, Ukraine is lit up in red at the moment, but other regions are sure to follow. The simple question that worries Hach and his fellow risk managers is: Where?
Russ Banham is a veteran business journalist and author based in Los Angeles.