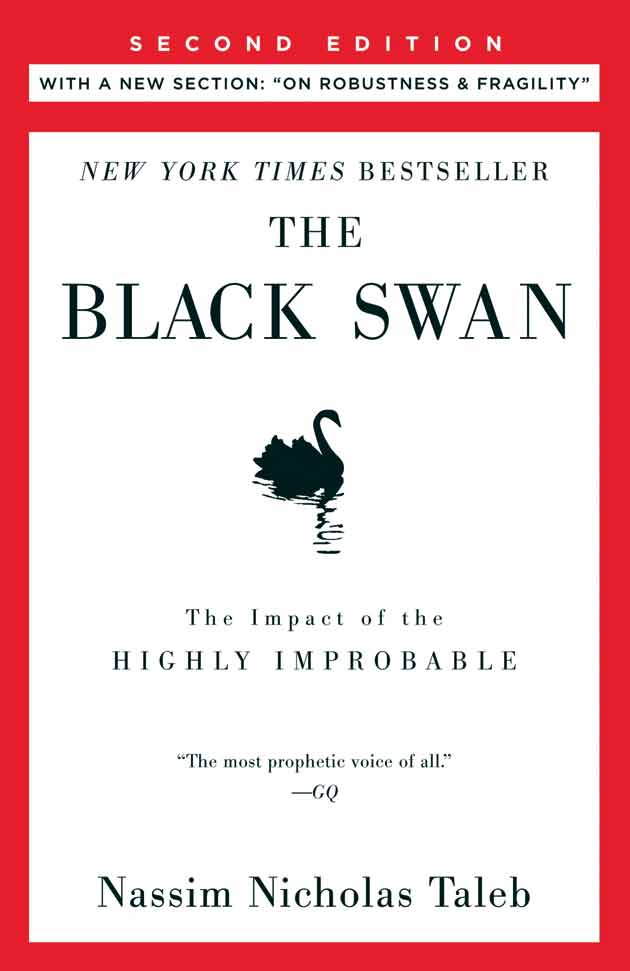 Of all the business books to come out before the financial crisis, The Black Swan, originally published in 2007, was one of the few that actually predicted trouble on the horizon. The book quickly became a bestseller on the strength of Nassim Taleb's prescient thesis that low-probability, high-impact events can occur much more frequently than we assume. Now, with the release of the second edition of The Black Swan, Taleb has included a new essay titled "On Robustness and Fragility, Deeper Philosophical and Empirical Reflections."

The essay is equal parts victory lap, response to critics and continuation of the ideas presented in the first edition. And as such it is as compelling as the original. Taleb is really a philosopher in a businessman's clothing and his irreverent writing style, with its frequent first-person asides and tangential musings that go on for pages, actually helps make heavy intellectual discussions more accessible.

Interestingly, however, Taleb does not spend much time discussing the financial crisis. This is because he does not consider it a black swan event in the first place. Rather, Taleb characterizes the crisis as "the result of fragility in systems built on ignorance-and denial-of the notion of black swan events." He even goes so far as to say that the crisis was not "intellectually interesting enough" to discuss. It has happened before, granted on a smaller scale, and it will happen again. "Since there is nothing new about the crisis of 2008," writes Taleb, "we will not learn from it and we will make the same mistake in the future."

Taleb argues that we need to make society more robust to black swan events. In order to do so, we have to reduce the impact of human error. This means ending our reliance on forecasts and models. This means not allowing companies to become "too big to fail." And it means that "experts" that have demonstrated their lack of expertise should no longer be driving the economy. We may not be able to prevent black swan events entirely but we can certainly do more to live with them.