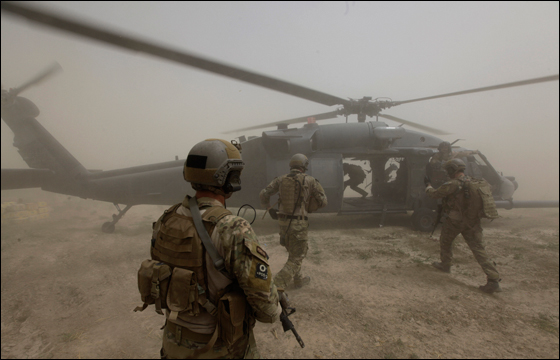 The July publication of more than 90,000 military documents detailing war operations in Afghanistan on the whistleblower website Wikileaks.org was the largest leak of military intelligence in U.S. history. Coming on the heels of a classified video that was leaked to the site three months earlier showing an Apache helicopter firing on what were thought to be armed insurgents but proved to be a group of civilians, the incidents have painted an unflattering picture of U.S. military involvement in Afghanistan.

While the political fallout remains to be seen, the leaks demonstrate the increased vulnerability of all information -- secret or not -- in the digital age. Of course, intelligence leaks have been with this country since its inception. Here, we examine the most infamous.

1773: The Hutchinson Letters
In 1772, while living in England as a colonial representative, Benjamin Franklin received a packet of letters written by Thomas Hutchinson, the royal governor of Massachusetts, from an unknown source. Hutchinson criticized colonial leaders, advocated a stronger British military presence in Boston to quell the budding rebellion and recommended the removal of certain liberties. Franklin sent the letters to friends in Boston under instructions that they not be circulated, but the letters were published in the Boston Gazette in June 1773. Hutchinson was subsequently forced to go back to England, while Franklin was reprimanded and returned to America where he would be an instrumental figure in the American Revolution.

1848: The Treaty of Guadalupe Hidalgo
In March 1848, reporter John Nugent  received the secret treaty to end the Mexican-American War. His paper, the New York Herald, published the treaty, and Nugent was called into the Senate for questioning. After refusing to reveal his source, he was subsequently arrested and held for a month in the U.S. Capitol before finally being released. Ten years later, President James Buchanan appointed Nugent as a special agent to investigate American interests in what is now British Columbia. It was a nice gesture since historical evidence indicates that Buchanan, while serving as secretary of state, was the source of the treaty leak.

1971: The Pentagon Papers
The so-called Pentagon Papers were a top secret Department of Defense report chronicling the United States' involvement in Vietnam from 1945 to 1967. Leaked by military analyst and contributor to the papers Daniel Ellsberg, and published in the New York Times in 1971, the papers revealed that the U.S. government had misled the public regarding its intentions and goals in the war. The government tried to suppress the publication of the papers, but the Supreme Court would not allow it -- and an already unpopular war became even less popular.

1972: Watergate
After five men were arrested for breaking into and illegally wiretapping the Democratic National Committee headquarters in the Watergate complex in Washington, D.C., Washington Post reporters Bob Woodward and Carl Bernstein received secret information from a mysterious informant known as "Deep Throat," who implicated President Richard Nixon in the resulting cover-up. After a series of Senate investigations and with impeachment looming, Nixon resigned in 1974. In 2005, after decades of speculation former FBI agent W. Mark Felt was outed as Deep Throat.

1986: Iran-Contra
The Iran-Contra affair began when an Iranian militant reported in a Lebanese magazine that the United States was selling arms to Iran, despite an arms embargo against the country. The report also revealed that the United States was providing weapons to Contra rebels fighting in Nicaragua in exchange for the release of American hostages. A number of convictions resulted, including those of National Security Advisor John Poindexter, former defense secretary Caspar Weinberger and Marine Lieutenant Colonel Oliver North, who had been in charge of the operation. In 1992, President George H.W. Bush pardoned all those involved.

2003: The Valerie Plame Affair
In July 2003, in a New York Times op-ed piece, former U.S. Ambassador Joseph Wilson criticized the George W. Bush administration for the reasons it gave for invading Iraq and contradicted a statement made by President Bush that Iraq had tried to purchase yellowcake uranium from Niger. In response, Washington Post columnist Robert Novak refuted Wilson's account and revealed that his wife, Valerie Plame, was a CIA operative. Wilson accused the White House of leaking the information as retaliation for his op-ed piece, but the resulting investigation only led to the conviction of Lewis "Scooter" Libby, Vice President Dick Cheney's former chief of staff. His sentence was later commuted by President Bush.

2004: Abu Ghraib
In early 2004, accounts began to surface that prisoners in the Abu Ghraib military prison in Iraq were being tortured and abused by their American captors. But it was not until April, when both a 60 Minutes II news report and an article in the New Yorker by investigative journalist Seymour Hersh featured leaked photographs depicting graphic instances of abuse, that public uproar began. Ultimately, 11 soldiers were convicted on charges stemming from the incidents with some receiving prison sentences of up to 10 years.

Creating a Culture of Compliance