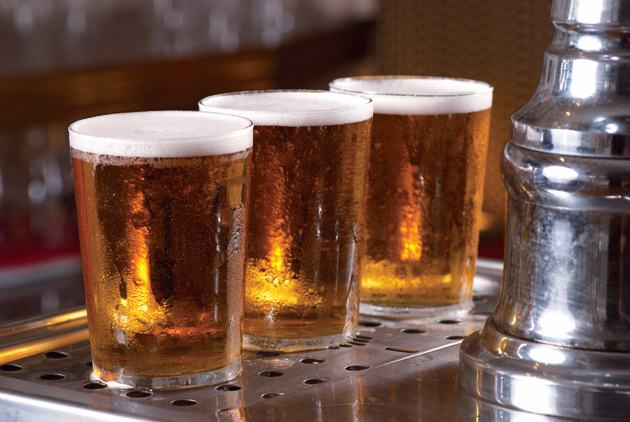 After a year of record catastrophe losses, low investment income and continued underwriting deficits, many believe that 2012 could be the year the prolonged soft market for property/casualty insurance finally comes to an end. But uncertainty persists, and as a result, it remains to be seen if recent incremental price increases will actually signify a lasting market shift.

The fact that prices are starting to rise after so many years of decreases should come as no surprise given the losses of the past year. Earthquakes in Japan and New Zealand, floods in Thailand, severe thunderstorms and tornadoes in the United States and Hurricane Irene in the North Atlantic contributed to making 2011 the costliest year on record for natural disasters. Global economic losses totaled $380 billion, far surpassing the previous record set in 2005 of $220 billion, according to Munich Re. Insured losses amounted to a record $105 billion, which also exceeded 2005's $101 billion mark. The 9.0 magnitude earthquake and resulting tsunami in Japan was the most costly disaster in history, resulting in economic losses of $210 billion. And with some $40 billion in insured losses, the earthquake's financial impact on the insurance industry was second only to Hurricane Katrina.

Meanwhile, a relatively quiet Atlantic hurricane season in the United States was a small consolation considering that 2011 was a historically active year for domestic disasters as well. FEMA issued a record 99 federal disaster declarations as tornadoes, storms, floods and wildfires raged throughout the country. In fact, if the spring tornado and thunderstorm outbreak in the Midwest was taken as a single event, its insured losses of $21.3 billion would make it the fourth most expensive disaster in U.S. history after only Hurricanes Katrina and Andrew, and the 9/11 attacks, according to the Insurance Information Institute.

These catastrophe losses have obviously eaten away at insurer profits. Although net written premiums are up 3.3%, projected underwriting losses of $35 billion and depressed yields on investments due to low interest rates have devastated overall net income. The property/casualty industry's net income of only $15 billion for 2011 was a decrease of 60% over last year, according to Fitch. This has resulted in a combined ratio of 108.1% for 2011 -- the highest figure in a decade and up from 102.5% in 2010.

But not all industry observers are certain that a true hard market is coming. Policyholder surplus is still at or near record levels, and the fact that there is still a lot of capacity in the market means that competition for business is still fierce. This may keep prices down. "Market conditions in 2012 will include adequate capital in the marketplace, which may ultimately keep rates from achieving otherwise anticipated increases," said Key Coleman, managing director at Grant Thornton LLP. "Nevertheless, underwriters are finding an ability to increase rates selectively on accounts that have experienced losses, while holding premium steady on others. Overall, however, it's simply too early to say if this could be the beginning of a sustainable hard market."

Moody's offered a similar view in its December 19 Credit Outlook as it reported on what it considered to be the first market firming trend since 2004. But the rating agency cautioned that the industry's relatively strong capital position might cause further increases to be more gradual. "Today, industry capital remains relatively strong," stated the report. "As such, we expect only measured rate improvements rather than the return of a 'hard market,' defined by high rates, low limits and restricted coverage."

Another factor working against a hard market shift is lingering economic uncertainty. While there are signs of improvement, the economy remains fragile. This has kept overall demand down and will continue to make it difficult for insurers to raise rates on customers that are still struggling toward recovery themselves. Even businesses that have regained their footing are likely to be sensitive to price for some time, especially if there are any lasting economic effects from Europe's debt crisis or some other unforeseen financial catastrophe.

According to Standard & Poor's, it is the rate of economic recovery that will be one of the more important factors to dictate premium growth and, therefore, whether price increases can be sustained. But S&P analysts are not necessarily seeing increases across the board. "In our view, P/C insurers targeting small commercial markets are getting better rate increases than those offering large commercial accounts, where rates are highly competitive and have been declining in the past few years," said S&P analysts. "Price increases have also been increasing moderately in the energy and property catastrophe businesses, particularly where catastrophes in the first nine months of 2011 have hit particularly hard. We believe commercial lines pricing might rise in 2012, but we don?t expect the increases to be significant."

In 2012, it seems that although the stage is set for a hard market shift, prevailing economic conditions are such that, at worst, any rate increases will be gradual and uneven from line to line. The party may soon be over but it looks like there is still some life left in the soft market after all.

The Long Journey to Equilibrium in the P/C Insurance Market