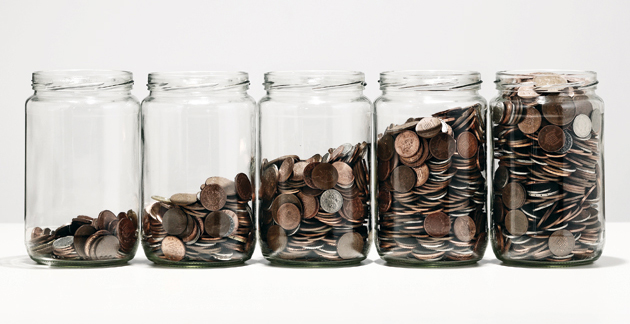 Thousands of small companies, independent artists and entrepreneurs now use crowdfunding to raise money for their projects. In 2012 alone, nearly $320 million was raised through Kickstarter, the largest crowdfunding company. The process is simple: a person seeking money submits a project and the public can pledge money to any idea that they want to see succeed. In addition to Kickstarter, dozens of other crowdfunding companies have sprung up, including both general-purpose sites, like Indiegogo, and those focused on funding specific types of projects. These companies, through their popular websites, now fund everything from scientific research to music albums to films, and individual donations can range anywhere from five bucks to several thousand dollars.

But a factor often lost in the race to this new business model is the legal risks for those who use crowdfunding to raise money. Early models of crowdfunding, for example, offered equity in exchange for donations to a start-up venture. That model was quickly recognized as a violation of state and federal securities laws and is no longer used. Instead, people now donate cash merely for the “feel good” factor or for token rewards such as a credit line in an independent film or a t-shirt with the company’s logo.

Still, even though the model has matured beyond its misguided beginnings, four key risk areas remain for anyone who submits projects to crowdfunding websites.

For example, if a patentable technology is publicly disclosed in a way that enables someone else to use the new technology, this starts a one-year countdown under the U.S. Patent Act. If a patent application is not filed during that time, then a patent cannot be filed. If the project creator wants to follow a growing trend and file a patent in countries other than the United States, there is no one-year bar. Instead, in most countries there is a requirement of absolute novelty. So a public disclosure in the United States means patent protection is no longer available in most other countries.

Perhaps of greater concern, beginning this month, the United States will move to a “first to file” patent system. Under the America Invents Act, whoever files a patent first will have priority. If an entrepreneur disclosed a new technology on a crowdfunding website and someone else filed a patent application before the entrepreneur got around to it, the filer would own the invention. (The entrepreneur could litigate ownership based on various legal theories, but the outcome would be much less certain.)

A similar problem exists for trademarks. Whoever files for a trademark first is presumed to have rights to that mark. A crowdfunded project that discloses a catchy new slogan for which a federal trademark application has not yet been filed is at significant risk of having someone else file an application for that trademark. Imagine for a moment that YouTube—a trademark now worth millions—had sought crowdfunding and disclosed its brand without registering it. Once again, the original owner can seek a court order to obtain ownership, but a much easier path is to protect the brand before disclosing it.

Ironically, then, disclosure on a crowdfunding website may make copyright infringement more likely by exposing the work to a large audience while undermining the strength of the unwary copyright owner’s legal remedies.

A second risk faced by those who use crowdfunding is the ownership of ideas submitted by the public. Most crowdfunding websites permit members of the public to comment on projects, and in many cases, these comments include recommendations that the are later incorporated into the project. For example, commenters might suggest new features for a device or areas where a documentary film could be further developed.

Can the project creator use these ideas without attribution or without compensation to the person who contributed them? On some crowdfunding websites, including Indiegogo, the terms of use specifically define that the project creator owns rights to all submitted comments. But Kickstarter does not define ownership, leaving the parties to negotiate or litigate an answer if a project becomes highly successful.

Even where ownership is supposedly defined in the website terms, or where ownership is not legally possible (ideas for copyrighted projects are not protected—only the finished expression of the idea), a project creator who uses publicly submitted ideas without due sensitivity for this issue faces the risk that a commenter will protest and create a public relations problem or even litigate ownership.

Those submitting projects to crowdfunding websites no longer promise equity in exchange for donations. Yet they do make other promises.

In some cases, the project creator will not receive donated money unless funding goals are reached (if not, all money is refunded to the donors). But a project originator who fails to live up to promised perks may face legal liability, as well as risk becoming a pariah in the crowdfunding community.

Moreover, the project creator that receives funding should feel an obligation (both ethical and legal) to make all reasonable efforts to complete the proposed project. Certainly, challenges can arise, but a project creator who collects $45,000 to complete a documentary about life in a central African village better make plans to leave for Africa soon after the project is funded.

Terms of use for crowdfunding websites rarely mention in any detail the obligation requirements after funds are donated. But large donors are perhaps more likely to follow up to ensure that donated funds are well spent, and class action lawsuits are definitely a possibility. There have been no high-profile court cases along these lines—yet—but project creators should not discount the wrath of a well-meaning donor who feels deceived.

In light of these potential risks and the real challenges of launching any new venture, project originators would do well to use aspirational language about what they hope to accomplish rather than promise the dates on which products or projects will be delivered. This is not to avoid responsibility for making a sincere effort, but rather to properly set the expectations of donors.

Underlying the three risks discussed above is the fundamental problem that those seeking crowdfunding—often individual artists, startups or small businesses—may be less likely to understand or take time to attend to business and legal standards. This casual approach may cause project originators to fail to set up a legal entity to operate their project even when doing so would make much more sense and provide liability protection.

Many also neglect to report or pay taxes on contributed funds. Along similar lines, others have erroneously referred to their project (or a legal entity they have set up) as a non-profit without fulfilling (or even applying for) that status through the Internal Revenue Service. Lastly, a small company may ignore securities laws that would require private placement memoranda, reporting requirements or compliance with other regulations.

The core of this problem is that small companies and individuals who seek crowdfunding are less likely to budget for professional services that would allow them to manage their business and legal obligations. While this is understandable, those using crowdfunding would be well-advised to recognize the obligations and risks that they assume when they and their plans become visible to thousands of people—and when they begin making promises that their donors will expect to see fulfilled.
Nicholas Wells is a principal and trademark attorney at Wells IP Law, LLC, a technology and intellectual property law firm with offices in New York and Salt Lake City.