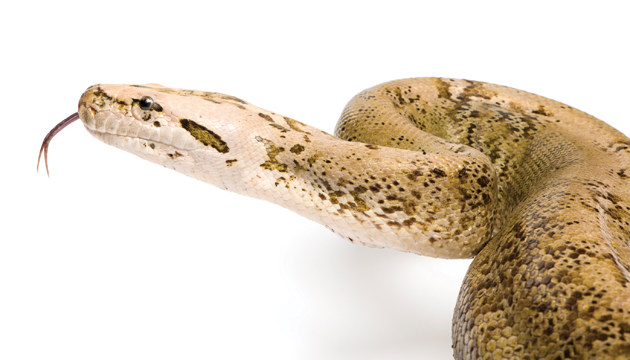 In a 1993 episode of The Simpsons, the town of Springfield celebrates Whacking Day, an annual holiday in which residents hunt down snakes and beat them to death with sticks and clubs. Everyone has a great time until Bart, Lisa and singer Barry White team up to teach the town the error of its ways. They eventually put a stop to the festivities, allowing all the snakes to presumably live happily ever after.

But in a case of life imitating art, the fictional Whacking Day has inspired more than one real-life counterpart. Every March since 2009, for example, communities in North Queensland, Australia, take part in “Toad Day Out.” During the event, cane toads are rounded up and killed, and prizes are awarded to those who catch the largest toad and the most toads by combined weight. This may seem odd to non-residents, but cane toads are an invasive pest in Australia that destroy natural habitats, spread diseases like salmonella and kill native wildlife with a toxin they secrete onto their skin.

Ironically, these poisonous toads were introduced into the country in 1935 in order to control the cane beetle population that had been decimating sugar cane crops. Unfortunately the toad proved to be ineffective as a beetle hunter and instead became just as big of a problem in its own right. A toad population that started out at 3,000 now numbers more than 200 million. So every year, Toad Day Out participants capture some 10,000 toads, which are humanely put to death using carbon dioxide gas in an effort to control their population.

Another real-life Whacking Day, which was actually more of a Whacking Month, took place this past January in Florida when the state’s Fish and Wildlife Conservation Commission sponsored the 2013 Python Challenge. For years, Burmese pythons have threatened the delicate Everglades ecosystem in South Florida. The U.S. Fish and Wildlife Service estimates that it has spent more than $6 million since 2005 on efforts to control the problem.

As part of the Python Challenge, more than 1,500 people signed up to hunt and kill these snakes and vie for prizes of up to $1,500. Unlike in The Simpsons, however, clubs were not the weapon of choice. Burmese pythons can grow to longer than 20 feet, so experts say the quickest, most humane way to kill them is by a bullet or bolt to the brain. The eventual death toll as a result of the event was modest (68 snakes were killed), but it did raise public awareness of the issue.

All around the world, communities are plagued by invasive species, or non-native animals and plants whose introduction into a region causes economic or environmental harm. The damage these species cause comes with a surprisingly hefty price tag. For instance, states spend millions of dollars each year trying to control invasive plants like kudzu and hydrilla.

In 2011, the U.S. Apple Association calculated that Mid-Atlantic apple growers lost $37 million from crop damage caused by brown marmorated stink bugs, which are now considered the nation’s worst invasive insect by the U.S. Department of Agriculture. The USDA also estimates that feral pigs cause more than $800 million in property damage in the United States annually.

Meanwhile, the Wildlife Service predicts that zebra mussels in the Great Lakes will have an economic impact in the billions of dollars during the next decade. (These mussels were already responsible for shutting down the water supply in Monroe, Michigan, for three days in 1989 after they clogged the town’s water pipelines.)

And Canada geese are a major culprit in bird strikes that cause some $600 million in damages to aircraft every year and have killed more than 200 people since 1988. In total, according to one Cornell University study, researchers estimated that invasive species cause up to $120 billion dollars in damages and losses in the United States each year.

With costs like this, it stands to reason that invasive species are frequently the subject of their very own Whacking Days. But not every scheme aimed at reducing an invasive population is a search-and-destroy mission. Recently, Washington-area restaurants held a benefit dinner in which the featured menu item was snakehead, an invasive fish that has plagued Chesapeake Bay waters since the early 2000s. It was part of an ongoing effort to create a market for the ugly, but supposedly tasty, fish. It sounds like a good idea. Stimulating the appetite of the world’s apex predator is certainly one way to help mitigate an invasive species problem.

So who’s up for python au poivre? How about a cane toad soufflé? Anyone?