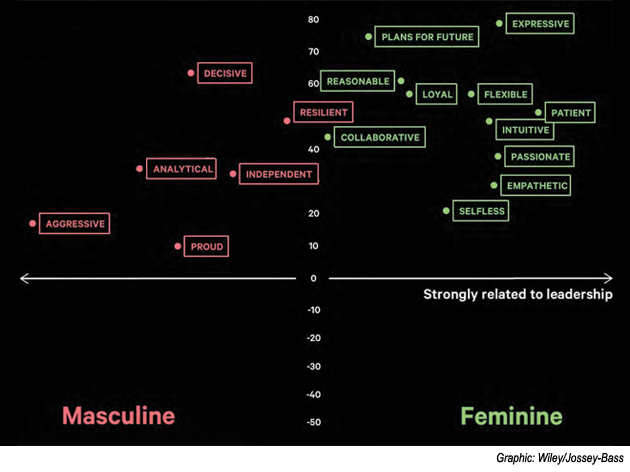 John Gerzema and Michael D’Antonio conducted a study to determine if there really are, as they suspected, “signs that some set of traditionally feminine values and traits might be ascendant among effective leaders.”

A survey of 64,000 people across the world lends a lot of evidence to their theory.

First, they asked 32,000 people to classify 125 different human traits as either masculine, feminine or neither. Then, they asked a different group of 32,000 to rate how important those same traits (without any gender-related attribution) are to leadership.

The results, which are detailed in depth in the new book The Athena Doctrine, clearly show that feminine traits are predominantly the ones people think leaders should have.

And many of the feminine traits tied to leadership — intuitive, flexible, collaborative, patient, and plans for the future — are also those best suited for top roles in risk management.

Woman at Work: Why Women Should Lead Risk Management