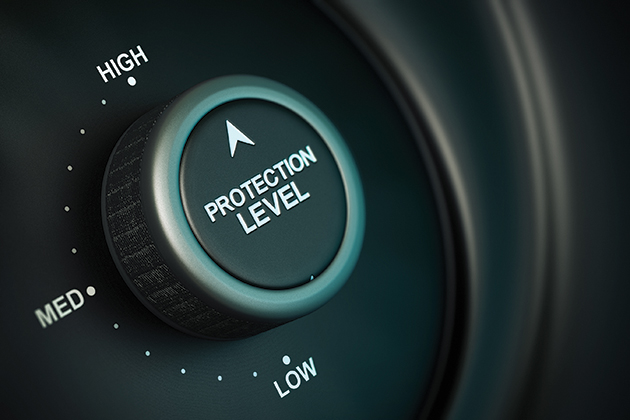 In the 1990s, employers were pitched a concept called integrated disability management (IDM). It promised to improve their capacity to address health and absence risks in the workforce by coordinating disparate employee benefits, including workers compensation and short- and long-term disability, into a single, centralized unit. This would result in smoother benefit delivery, increased financial savings, greater internal transparency and, in the end, a healthier and more productive workforce.

Beyond a handful of early adopters, it did not get very far. The problem was that there was too much of a bureaucratic silo culture to overcome. Insurers and service providers were too narrow in focus and too few. Information systems to handle the complex benefit rules and process flows were too primitive. In essence, internal resistance and inadequate tools blocked a promising idea.

Two decades later, however, IDM may finally be gaining acceptance. Sometimes called “total absence management” or “health and productivity management,” IDM has a stronger value proposition than it did in the past. The gains that can be achieved by managing a workforce are better understood. Meanwhile, IDM’s value as a solution to mounting legal exposures is clearer, and the tools to implement it have improved. Employers are now more warmly embracing IDM and its permutations. Four changes in the environment may explain why.

First, there has been a vast expansion in mandated employee absence benefits. Starting in July 2014, for example, virtually all Californian employers must grant at least three days of annual paid leave to employees who wish to care for themselves or a family member.

“Today there are more than 200 federal and state absence-related laws. In 1993, when FMLA was introduced, there were less than 20% of what we have today,” said Leo Corcoran, CEO of information systems provider ClaimVantage. “This multiplicity of leave laws makes managing employee absence very complex, particularly for companies with operations in multiple jurisdictions,” said Terri Rhodes, executive director of the Disability Management Employer Coalition.

Second, employer exposure to expensive and very public litigation for compliance gaps has increased. From the federal government to municipalities, many enforcement teams are waiting to pounce. More private lawsuits, including class action suits, are also possible. Walmart, United Airlines and Fedex are only a few of the growing number of employers that have faced legal action. As a result, lawyers and professional associations urge employers to make sure their disability and leave policies are correct, and that they consistently apply these policies.

The Disability Management Employer Coalition underscored the liability problems arising from ADA in late 2014. It reported that many employees still fear disclosing covered disabilities out of concern about adverse employer reaction.

Third, know-how and products needed to implement IDM are much more accessible today, even compared to a few years ago.  “There are now three times the number of competent providers for integrated disability, absence and health management services than there were five years ago,” said Karen English, partner at Spring Consulting Group.

Back in the early 1990s, a talent pool for integrating worker health, disability and productivity began to emerge. Tom Parry and colleagues founded the Integrated Benefits Institute in 1995. Headquartered in downtown San Francisco, IBI now has 1,000 corporate members. It describes itself as providing “the data, research and tools professionals need to make sound decisions in how they invest in the health of their workforces.” In a way, IBI serves as IDM’s de facto chief economist. Organizations can quantify the cost of employee absence, for example, using IBI’s Absence Cost Estimator.

The Disability Management Employer Coalition, founded in 1992 and located in San Diego, serves as IDM’s unofficial chief talent developer. It has built a professional cadre of thousands of women and men proficient in integrated disability, absence management and return-to-work solutions and its local chapters are a common source for IDM talent for employers.

Also part of the talent infrastructure is the National Business Group on Health, which focuses on health plans, worker productivity and absence. Its chief contribution to IDM may be its health plan expertise, which comes into consideration when IDM expands to include illness prevention before there is an absence.

A fourth reason why IDM is again coming into focus is that claims vendors have strategically decided to offer services geared to a more coordinated approach toward all employee absences. Employers are more likely than in the past to ask for multi-benefit claims services, these vendors say.

The move to IDM represents a sea change in disability and absence management in the American workforce. “Injury used to represent the bulk of employee absence managed by companies,” Rhodes said. “In recent years, the FMLA and state and local laws have made leave the most pressing, complex—and possibly litigious—type of absence in the workplace.”

Not surprisingly, the number and variety of employers expressing interest in IDM is far greater than in the past. Service providers have even found that companies with as few as 500 employees are asking for proposals, reflecting a big market expansion. While it may have taken some time, it seems that IDM has finally found its place in the sun.

The following case study demonstrates how IDM has benefited a California healthcare provider:

Why and how integrated disability management came to Sutter Health reflects mounting pressures and opportunities for employers to overhaul their systems for disability and other absences.

The healthcare giant was under accumulating pressure to innovate in employee benefits. Sutter Health, like other healthcare providers, faced a constant risk of a talent shortage. Despite high national unemployment since 2008, the healthcare sector continues to grow. Keeping employee absence low through IDM was part of a proactive solution to keep talent at work and healthy.

The company had been trying out innovations in managing disabilities through changes to its workers compensation program in 2006. It revamped its program then largely in response to state system reforms in 2004, which created incentives for employers to be more proactive in managing work injuries. Injury management and worker safety were brought under one roof. Workers compensation costs were ultimately to decline by 65% from 2006 to projected 2015. Its record is much better than that of California employers as a whole, for whom losses dipped but are rising back towards earlier levels.

Sutter Health decided to centralize support functions. In 2012, Sutter Health Shared Services was created, bringing 1,000 workers into a new servicing site in Roseville. This move left out leave and disability management. But this transformation, when combined with success in workers compensation, empowered executives to bite the IDM apple.

Tracy Messineo is vice president of total health and productivity management. Looking at the system’s decentralized non-occupational leave practices, she saw IDM as a “huge opportunity” to control costs. When she was first interviewed in March 2010, she had not completed the accounting but she knew what to look for. “We can use data to build a business case for opportunities to save money,” she said.

Using methodology created by the Integrated Benefits Institute, she and colleagues arrived at a total cost, direct and indirect, of non-occupational absences in calendar year 2011. Their review of leave and disability benefit practices revealed wide variability in policy and practice. As a complication, Sutter Health comprises numerous separate legal entities. Each one had, and still has, its own leave policies.

Without altering this basic legal framework, top management approved in 2011 the adoption of IDM. Messineo and her colleagues launched Integrated Disability and Absence Management (IDAM) in 2013, under the direction of Francesca Moore.

Today, a single master platform of staffs and systems administers virtually all absences. Employees can use the platform in a self-service mode to request non-occupational leaves, or they can phone an absence or disability coordinator by phone. “Technology, systems and work process flows result in a right benefit delivered at the right time to the right person,” Moore said.

In interviews in August of 2014, Messineo and Moore shared lessons from which other employers might profit. Tactically, they advised, “Go slow to go fast. Stop and look at performance. Engage with human resource professionals. Engage with technical operations such as the payroll department. Be transparent. And keep the employee at the center.” They said, in effect, that people, metrics and systems were needed to make IDM work.

As for people, there are not many who are fluent in both human resources and disability programs. When Moore has searched outside Sutter Health, she usually contacts DMEC chapters and human resource associations. She has found good candidates who had been employed by third party administrators.  She likes candidates with a strong background in HR and with experience in disability management. She expects to intensively train all new leave and disability coordinators.

A careful accounting may surprise top management by the high frequency and complex profile of absences. According to a survey by the Integrated Benefits Institute, the annual incidence rate of Family and Medical Leave Act leaves is about 5% of employees, which is much more than the rate of lost-time work injuries. (Nationwide, that rate is about 1%.) The IBI survey found that the incidence rates of short-term disability claims, among workforces covered by a corporate short-term disability policy, is about 3% a year. Long-term disability claims incidence was about 0.2%. In addition are 200 plus sick leave and a variety of federal, state and local mandated leaves, ranging from military duty to battered partner benefits.

Regarding metrics, Messineo learned how to count costs, including lost productivity.  She suggested tracking hard costs such as paid overtime and temporary staffing cost to replace an employee. For employees with variable schedules (of which there are many in a hospital setting), she recommended using lost workdays instead of calendar days.

According to Messineo and Moore, IDM only works with the help of systems grounded on well-written leave policies that must be consistently applied. That does not preclude exceptions, such as extending an employee’s leave beyond the formal duration limit. Complicated cases, such when an employee with performance issues presents with an ADA job accommodation matter, need to be carefully addressed and documented.

Sutter Health’s experience suggests that a central technology platform is essential. It acquired one from a vendor. The platform provides for what Moore calls “one point” administration. It ensures timely and accurately recorded decisions and communications. Sutter Health had, of course, the added challenge of adapting a centralized servicing system to adhere to differing leave policies of numerous operating units.

Sutter Health is one among thousands responding to a sea change in disability and absence in the American workforce. “Injury used to represent the bulk of employee absence managed by companies," said Terri Rhoades, executive director of the Disability Management Employer Coalition. "In recent years, the FMLA and state and local laws have made leave the most pressing, complex—and possibly litigious—type of absence in the workplace.”
Peter Rousmaniere is a consultant and journalist in the field of workers compensation.

The Risky Side of Specialty Drugs

Working in a No-Vacation Nation