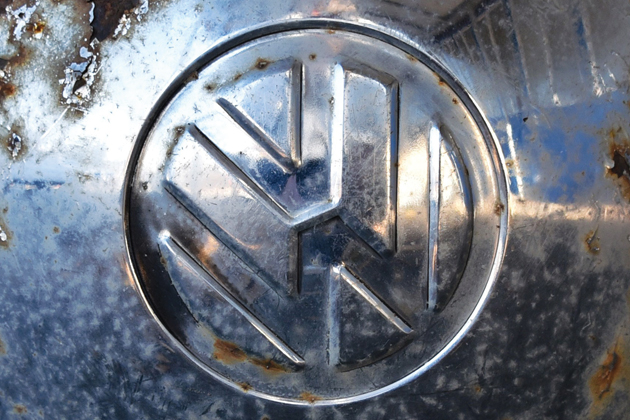 On Sept. 18, the U.S. Environmental Protection Agency revealed that Volkswagen illegally programmed its diesel engines to bypass emissions standards. Volkswagen admitted to installing the software, known as a “defeat device,” which could detect if a car was in testing mode and activate full emissions controls to appear compliant with regulations.

Under normal driving conditions, however, the vehicles would release up to 40 times more pollution. The nitrogen oxide emitted, which contributes to the creation of ozone and smog, has been linked to a range of health problems, including asthma, respiratory diseases and premature death, leading Cynthia Giles, assistant administrator for the EPA’s Office of Enforcement and Compliance, to characterize the company’s actions as not only illegal, but “a threat to public health.”

The affected EA 189 diesel engines are in more than 11 million Volkswagen and Audi vehicles manufactured between 2009 and 2014, of which almost 500,000 are in the United States. On Oct. 22, the company announced it was also looking into whether the software might be in earlier versions of its latest EA 288 diesel engine, potentially adding millions more to the total.

The EPA issued a second notice of violation on Nov. 2, saying that the company had also used cheating software on 3.0-liter diesel engines in VW, Audi and Porsche cars from model years 2014 through 2016. Approximately 10,000 of these cars have been sold in the United States and an untold number are still on the market. Unlike with the first notice, VW denied that any emissions cheating software had been installed in these vehicles, but said it would stop selling them in the United States. The scandal widened to gasoline-fueled engines emitting excessive amounts of carbon dioxide on Nov. 4, impacting another 800,000 cars.

In the two days after the first EPA announcement, VW stock plummeted 35%, losing up to $33 billion in market value. At the end of the third quarter, VW reported its first quarterly loss in 15 years, with a net loss of $1.84 billion. Executives attributed this solely to the emissions cheating scandal, noting underlying sales and profitability remain strong. The company said it expects 2015 net income to be “down significantly” from last year.

VW has suspended a number of employees, including several top engineers, pending an investigation into how and why the cheating occurred. After an eight-year tenure that saw a doubling in sales and almost tripling of profits, CEO Martin Winterkorn resigned, saying he was shocked by the events and “stunned that misconduct on such a scale was possible in the Volkswagen Group.” He accepted responsibility for the scandal, but denied any knowledge of wrongdoing, and called for a fresh start for the company, including its personnel. He has been replaced by Porsche CEO Matthias Müller.

A recall of all 11 million initial vehicles would be one of the largest in history by a single auto company, exceeding Toyota’s 2009 recall of 10 million cars over unintended acceleration problems. VW set aside $7.3 billion to address the crisis, but admits this is just to cover the costs of “necessary service measures and other efforts to win back the trust of our customers,” according to a statement. The sum does not include any estimate of the costs from anticipated regulatory fines or litigation, CFO Frank Witter said. Fines from the EPA alone could reach $18 billion—$37,500 per car in the United States in which the defeat device was installed. It also does not include the $2.2 billion the company says it would need to fix the problems in its gasoline engines. Outside estimates of the scandal’s total cost are also much higher than VW’s projections, with Credit Suisse projecting the sum to be between $26 billion and $87 billion.

Recalls are expected to begin for some models as soon as January 2016. Some of the fixes are not as simple as updating the software, so adequate hardware engineering will require testing and development, said Michael Horn, VW’s U.S. president and chief executive. The fixes will be unique to the different affected generations of engines and some may also vary based on country-specific customizations. Any solutions will then need to be tested and approved by regulators.

In the meantime, VW is mired in legal and reputational trouble that may wind up impacting the entire auto industry.

In addition to shareholder lawsuits over lost stock value, customers have also begun filing class actions. Most of these come from consumers who paid a premium to purchase vehicles with VW’s “clean diesel” engines, which promised lower emissions and up to 30% better fuel economy than gasoline-powered engines. Now, they claim they face rapidly declining resale values because their cars do not perform as the company claimed. Fortune reported that VW owners may lose up to $5,000 at resale because of the fraud.

These lawsuits could prove costly. After Toyota underwent its massive recall for unintended acceleration, the company agreed to compensate certain owners who had resold their cars while prices were down. While the average payout per owner was just $472.59, the company paid a total of $1.1 billion in the settlement.

Attorneys have also filed suits seeking compensation for damage to public health caused by such high nitrogen oxide emissions. Based on projected emissions and impact prediction models, MIT and Harvard University researchers found that the pollution thus far from the impacted vehicles could directly contribute to 60 premature deaths in the United States alone and another 130 if the problem is not fixed by the end of 2016.

There is no mention of criminal liability in the section of the Clean Air Act pertaining to automakers, but federal prosecutors may be able to bring charges under another provision of the act or other laws, particularly for defrauding regulators. The U.S. Justice Department has opened an investigation, which could result in criminal or civil charges. In addition to individual state efforts, attorneys general from at least 30 states and the District of Columbia have organized a bipartisan coalition to investigate possible consumer fraud and environmental violations.

Several countries have also opened formal inquiries into the scandal, including France, Italy, Germany and South Korea. These probes include not only environmental standards violations, but also criminal charges for various forms of fraud and deception.

In the United States, less than 3% of new cars sold have diesel engines, but they power about half of cars in Europe, where governments have encouraged their use to meet fuel efficiency and greenhouse gas targets. Michel Sapin, France’s finance minister, called for a continent-wide probe for automaker malfeasance, explaining it seemed necessary to check cars made by other European companies to reassure the public. “What we are dealing with is making sure people avoid being poisoned by pollution,” he said.

Regulatory oversight of the auto industry may increase in the United States as well. The EPA has also begun testing every current make and model of light-duty passenger diesel vehicle for similar problems. Coupled with the EPA’s notices of violation against VW, these steps are part of a broader, more aggressive enforcement effort by regulators. Industry analysts say it is meant to send a message to automakers that there will be harsh penalties for breaking federal rules, especially those pertaining to public health and the environment. Just last November, the administration announced the largest penalty ever for a violation of the Clean Air Act, with Hyundai and Kia agreeing to pay a combined $300 million as part of a settlement for overstating fuel economy on 1.2 million cars.

According to Mark Rosekind, administrator of the U.S. National Highway Traffic Safety Administration, the scandal hurts the entire industry’s reputation and will bring greater scrutiny on all automakers. “If they did it, anyone else can do it,” he told reporters. “You’re not just going to worry about one person, unfortunately that now is extended to the entire industry.”