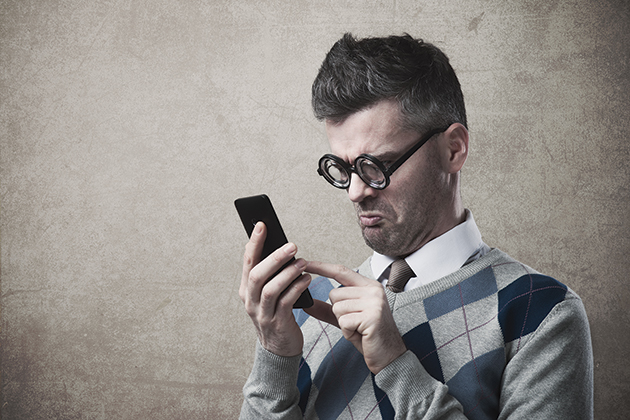 When the new iPhone 7 was released without a traditional headphone jack, many people were understandably upset that their favorite set of headphones had just been rendered obsolete—at least, without plugging them into an extra adapter. Apple was quick to point out the advantages of the new configuration and extol the virtues of their new wireless headphones, but not every hurt feeling was assuaged. So when a video popped up on YouTube offering a DIY-tutorial on how to go about adding a headphone jack, it garnered a lot of attention.

YouTube user TechRax’s video, “Secret Hack to Get Headphone Jack on the iPhone 7,” demonstrates how to drill a hole into the bottom of your phone to allow you to plug in your old headphones. Even though the video was clearly a practical joke, that evidently didn’t stop some people from trying it, and many dejected commenters complained that taking power tools to a $700 iPhone had, shockingly, not quite worked out as well as they had hoped. This being YouTube, it is impossible to say if these people were serious, but considering the video had more than 14 million views and 46,000 comments in the space of only a couple of weeks, it’s probably safe to say that at least some of those people were legitimately duped.

This video is reminiscent of the memes that pop up on social media every now and then claiming to offer useful information that is actually anything but. For instance, take the “helpful winter car tips” that made the rounds last year advising drivers to, among other things, cover their windshield wipers with sandpaper for better ice removal, put screws in their tires to improve traction, loosen lug nuts so they won’t freeze to the wheel in case of a flat, or run a hose from the exhaust to the cabin to heat the car up faster. Clearly anyone who followed these would be asking for trouble (or worse).

Of course, truth on the internet has never been a given. Whether it is as relatively tame as a mischievous meme or has a more serious agenda like the politically-motivated propaganda of the election season, there has never been a shortage of people looking to take advantage of gullible individuals online. These days it’s even hard to agree with Abraham Lincoln’s “famous” quote that I once read on a Facebook post: “If it’s on the internet, it must be true.”

As a member of one of the last generations to grow up without the internet, I have always viewed it with a healthy dose of skepticism. This was further ingrained in me in college and early in my professional career by professors and editors who warned not to take sources like Wikipedia too seriously. (Ironically, many studies have actually confirmed Wikipedia’s accuracy, even putting it on par with the source of most of my grade school research, the mighty Encyclopedia Britannica.) But many people are much more trusting, and that can be dangerous.

The risk of trusting everything you see online may manifest itself most notably in the ongoing success of phishing attempts. These schemes depend on people trusting that an official-looking email with a fancy corporate logo and some copied-and-pasted boilerplate is, in fact, authentic. The difference is that phishing scams aren’t played for laughs—when successful, they can wreak serious havoc on businesses and individuals alike. In order to avoid this kind of “trust risk,” it is incumbent on us to be more skeptical about everything we encounter online so that we can identify when the message is—like a gullible internet user’s phone—full of holes.