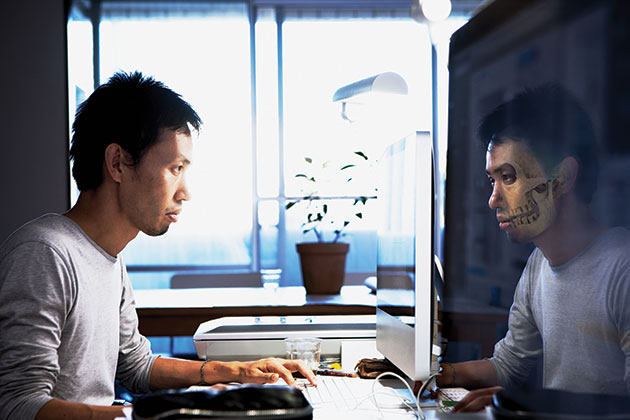 Matsuri Takahashi worked for Japan’s biggest advertising agency, Dentsu, for nearly a year when she committed suicide at the end of 2015. Before she took her own life, Takahashi wrote an email to her parents expressing her frustration about the amount of overtime she was forced to work. In the month preceding her death, the Dentsu trainee worked 100 hours on top of her regular work schedule. Takahashi’s suicide received a lot of media attention, especially after a September 2016 court ­ruling linked her death to the stress she experienced due to excessive overtime. Mounting public pressure prompted Dentsu CEO Tadashi Ishii to resign in December 2016. After several Dentsu branches were raided, the company began requiring employees to leave the office by 10 p.m., even going so far as to automatically switch off office lights to try to force employees to leave.

Takahashi’s death was not an isolated case: Between March 2014 and March 2015, Japan’s Ministry of Health, Labor and Welfare reported 93 suicides that were linked to overtime work. According to Kenichi Kuroda, a professor at Meiji University in Tokyo who specializes in labor culture, this figure may understate the problem—the national police agency linked 2,159 deaths in 2015 to work-related problems. “This case received much attention because it is Japan’s most popular company among young graduates and she was still so young,” Kuroda said. “But almost all companies participate in this overwork culture.”

Death from overwork, known as “karoshi,” was recognized as a social problem in Japan in the late-1980s. In 2014, after being pressured by a group that included experts like Kuroda and family members of karoshi victims, the government legally recognized karoshi as a cause of death. Regulations governing the overtime issue are still lacking, however. “The biggest problem is that there aren’t any restrictions as to the maximum number of hours a person can work overtime,” Kuroda said. “In that way, the fate of employees is completely dependent on the individual companies.”

In 2014, Japanese workers spent an average of 1,741 hours on the job, slightly lower than the 1995 average of 1,900, but still much more than in any other developed nation. Almost 23% of Japanese firms had full-time employees who exceeded the critical threshold of 80 overtime hours, leading the Ministry of Health, Labor and Welfare to conclude that nearly one in four workers has an increased risk of dying from overtime.

Parissa Haghirian, professor of Japanese management at Sophia University in Tokyo, also pointed out that death from overwork is not isolated to Japan. “In Japan, there is a name for it, a concept, and so there is a label to attach to it,” she said. “In Western countries, you will find karoshi too, but they are usually presented as isolated cases, detached from the working circumstances that might have led to a person’s death.”

No Rest for the Weary

In 2015, 1,500 people filed charges in Japan claiming a relative had died as the direct result of extreme overtime. According to current law, karoshi can be considered as a cause of death in cases of suicide, a heart attack or brain failure. Among the officially recognized cases of karoshi in 2015, almost all the workers who died of heart or brain failure put in more than 90 hours of overtime per month on average, while those who suffered the mental effects of overtime and committed suicide were clocking an average of 100 excess hours.

At Japanese firms, Kuroda explained, there is intense pressure to stay busy. “It is commonplace to get more on your desk than you can actually manage,” he said. “No one complains about this—not even the trade unions.” As a result, employees have little choice but to accept the demands of management.

Haghirian said that the lack of pushback may be rooted in cultural differences. “Clearly what is missing is a sense of urgency inside the labor union to tackle these issues,” she said. “In Europe and the United States, unions will be on your doorstep if any scandal occurs. Labor unions in Japan are less concerned with overtime work. There is a certain understanding or acceptance: You do overtime—that is what you signed up for. This is different in the West, where you drop your pen at 5 p.m. and go home. This mentality is supporting the current situation. That is why you have this kind of attitude. There is no need to stay, but people feel responsible.”

For example, Ai, 32, has experienced the negative effects of overwork in her role at a big consultancy firm in Japan. “On average, I work 13 hours a day,” she said. “Every now and then, from 9 a.m. until 5 a.m. the next morning.” She believes the Japanese working ethos, combined with older workers’ resistance to change, is to blame for the status quo. “Older employees in my firm are so used to a tiring work rhythm that it is hard to change that if they won’t complain to management,” she said. “On top of that, they expect a similar attitude from younger employees. Therefore, going home early—or even taking your holidays—is considered a lack of commitment in my department and not being loyal to the company.”

After complaining, Ai was moved to a different division with a reduced workload, but she does not believe her overall situation will change. “When I finish my own job, I get new tasks—this is how it keeps coming,” she said. “And I don’t want to burden my colleagues with my work. If I go home with the knowledge they are continuing, I don’t feel the freedom to enjoy my time off. Whenever I have time, I try to get some sleep, but many of my friends can’t sleep because of the stress they experience at work.”

Ai’s experiences are backed up by a study by the Ministry of Health, Labor and Welfare about the sleeping habits of employees. Up to 40% of Japanese people between the ages of 20 and 50 sleep less than six hours per night. The ministry also found that at least 30% to 40% of male workers in this age range often did not get any sleep at all because of overtime work and stress they experienced.

For more than a year, Jo, 26, has faced a demanding schedule while working for a commercial television station. “One time I didn’t get home for six days straight,” she said. “I was the director’s assistant and he was very strict. He never said, ‘It’s okay Jo, go home.’ So, I stayed. Only when he started editing did I have time to get an hour of sleep at my desk.” It is more common for her to work a 13-hour shift, but in the most extreme cases, she might work 30 hours straight.

After a study by the Centers for Disease Control and Prevention (CDC) showed that more than a third of all Americans over the age of 18 were not getting enough sleep on a regular basis, sleep deprivation was declared a public health problem in the United States. In Japan, however, fatigue is traditionally associated with someone who works hard. As a result, Japanese people are not embarrassed to take naps during break time, or while commuting between home and work.

Lack of sleep takes a toll not only on the country’s public health, but its economy. A study by the RAND Corporation linked sleep deprivation to lower productivity at work, resulting in the loss of a considerable number of working days every year. The study found that the Japanese economy is losing $138 billion dollars each year—2.92% of the country’s GDP—because of insufficient sleep. By comparison, the U.S. economy loses 2.28% of GDP to sleep deprivation, while Germany and the United Kingdom lose 1.86% and 1.56%, respectively.

A white paper released by the Japanese government showed that few companies are trying to tackle the issue—only 2% of the 1,700 companies surveyed said they have minimum daily rest periods. Some, however, are taking action. Sumitomo Mitsui Trust Bank, for example, extended the time an employee must take off in between shifts to a nine-hour minimum. Diaper manufacturer Unicharm Corporation demands its employees take at least eight hours off between shifts and does not allow employees to stay at the office after 10 p.m.

Nevertheless, a demanding work culture persists in many places. When Jo’s boss’s wife died, his reaction was especially illustrative. “On the day of the funeral, he appeared at the office unexpectedly,” Jo said. “He was leading the editorial meeting. All my colleagues praised him for his exceptional work mentality. It shows how people try to put the company ahead of themselves at all costs. I couldn’t believe it.”

A shortage of available labor may contribute to the overwork mentality in Japan, Haghirian said. Nearly 20% of Japan’s population is over 65 years old, and paired with a strict migration policy, that graying population has left many industries struggling to find suitable candidates to fill vacancies. “Japanese companies are trying their best, but they are already struggling with a declining workforce,” she said. “They barely manage to keep their business going with employees working overtime, so if it doesn’t exceed any legal limits, or they aren’t violating any law, they are okay with it.”

Recent improvements in overtime rules have attempted to address the problem. In the past, it was normal to work overtime without getting paid for it. Now, not paying for overtime can cost companies millions of dollars in fines, said Haghirian. But overtime pay also brought unexpected side-effects, as many employees still feel compelled to spend too much time at the office in order to make extra money in addition to fulfilling their sense of obligation. Companies try to fight this by turning off the lights after 10 p.m., like Dentsu did, but some employees simply stay and work in the dark, or continue to work from home.

In an effort to prevent people from working more than their contract requires, the Japanese government launched a campaign called Premium Friday. Companies participating in this campaign have to let their employees go home early—around 3 p.m.—on the last Friday of every month. Only 1,300 companies—approximately one in every 2,000—have signed up for the campaign so far, however.

A regulatory change in late 2015 may provide an even more effective approach. The Japanese government changed its Industrial Safety and Health Act to require all companies with more than 50 employees to offer an annual stress test to all personnel. Although company participation is compulsory, an individual’s participation is not mandatory.

The stress test consists of a questionnaire developed either by the health ministry or the company itself that must cover at least three essential topics: causes of stress, potential symptoms of stress, and personal relationships. The test consists of statements such as “the atmosphere in my workplace is friendly,” or “I have an extremely large amount of work to do,” to which the respondent can answer “very much so,” “moderately so,” “somewhat,” or “not at all.” The tests are sent to professional doctors and nurses who communicate the results directly to the test-taker. If the results are troubling, the individual is then advised to visit a doctor for further examination. Based on this meeting, employees can be advised to cut down on hours or be transferred to a different department.

Although there is little information available about the impact of the tests, Haghirian is optimistic about the regulation’s potential. “Data would go directly to the doctors, so there isn’t any chance to manipulate the results,” she said. “It shows that the government is doing its best to tackle the karoshi issue.”
Bobbie van der List is a Tokyo-based freelance journalist.

Global Expansion and the Need for an Effective Distribution Channel Strategy