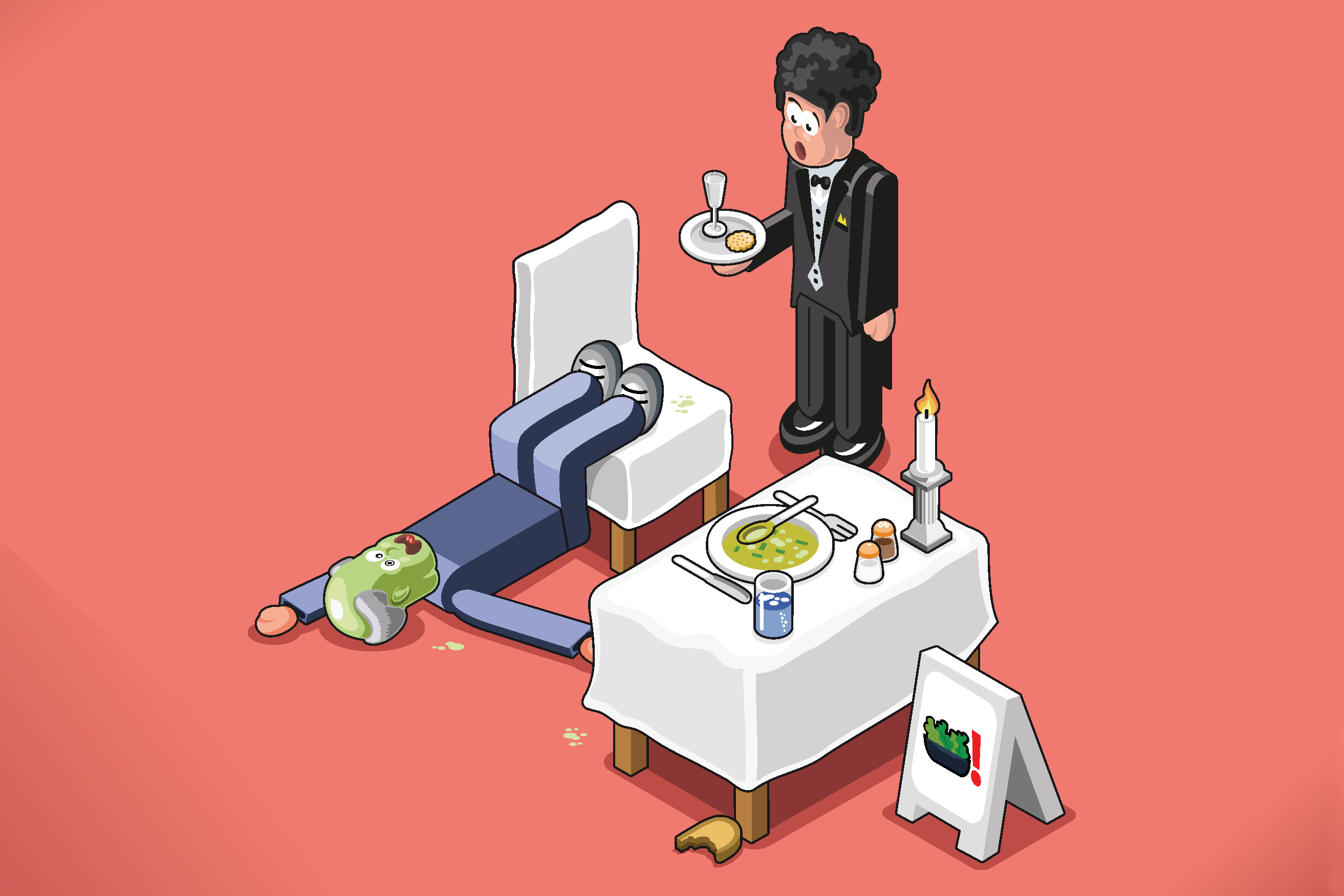 In April 10, 2018, the Centers for Disease Control and ­Prevention (CDC) announced there had been an outbreak of E. coli O157:H7 that was eventually traced to romaine lettuce. By the time the outbreak was declared over on June 28, 210 people had been infected in 36 states, leading to 96 hospitalizations and five deaths. While no recall was ordered, the source of the contamination was ultimately traced to the growing region in Yuma, Arizona. As the source was initially unknown, however, there was a period of uncertainty across the marketplace regarding which products were affected. Only months later was the outbreak linked to an irrigation canal in the area.

For many risk management professionals, this outbreak might have seemed all too familiar as it was only the latest in a long line of similar foodborne illness incidents. In 2006, for example, the same culprit—E. coli O157:H7—contaminated another water supply and was responsible for a nationwide outbreak linked to bagged spinach that caused 199 illnesses, 102 hospitalizations and three deaths across 26 states. The CDC quickly traced the outbreak to single farm in San Benito County, California, prompting a voluntary recall. Similarly, a 2008 salmonella outbreak in tomatoes resulted in more than 200 reported cases across 23 states, prompting the FDA to issue a public advisory that ultimately impacted tomato sales.

In each of these cases, the source of the outbreak was not immediately known, making a focused recall announcement basically impossible. Isolating the problem was also not immediately successful, allowing the impact to spread, in turn creating not only physical losses from the products recalled but broader financial consequences for the companies involved.

In the wake of this year’s romaine lettuce contamination, it might seem that little progress has been made to minimize food recalls and the losses they can cause. On the contrary, however, there have actually been many developments in crisis response and crisis management over the past decade that allow companies to better prepare for and react to product recall events.

Tracing the Source of an Outbreak

These incidents highlight a fundamental issue surrounding food contamination events—namely, the importance of tracing an outbreak to the source in order to provide closure for the market. Identifying the source reassures customers and allows them to return to previous spending habits as they regain confidence in the product, more effectively minimizing the financial impact of such events.

So what was the challenge in determining the source of this most recent outbreak? For starters, the affected product quickly became unavailable and testing was not possible. Produce like lettuce, spinach and tomatoes has a short shelf life, so almost as quickly as it is put on the shelves at your local grocer, it is consumed or thrown away. 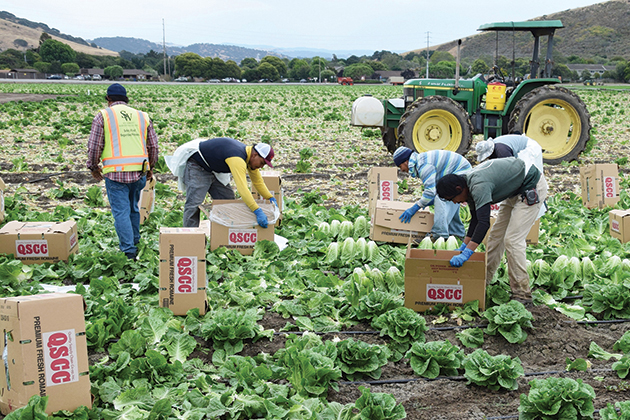 Additionally, these types of produce are often used as ingredients in other products and may be co-mingled as an ingredient with other ingredients of a similar type. This complicates the process of trying to narrow down the source of contamination.

Ingredient-driven recall events can cause a large financial impact across a wide supply chain. Think about everywhere you might use lettuce, spinach or tomatoes as an ingredient, and then consider the number of places consumption can occur. Companies affected by an outbreak like this can face huge supply chain issues and significant financial stress from recall costs and lost sales. A single company could be the one responsible for large volumes of all of the affected product made throughout the supply chain. They may not have looked at or secured appropriate financial loss mitigation measures, and will have no way to recoup their losses.

But when there is no source to blame, it gets more complicated. All producers are vulnerable to customers who opt to return products, cancel orders and delay buying products in which they have lost confidence or trust. Even when a company’s product is not affected, they may see a dramatic drop in sales as consumers become understandably wary of the entire product category.

In 2006 or even 2008, this would have been the end of the story. In 2018, however, companies have many more options to mitigate financial losses and get assistance with crisis response. The food supply chain has started to recognize the effects of major recall events and those in the industry have increased their focus on mitigation and preparedness. Companies are better preparing themselves by meeting with risk management professionals and working with consultants and utilizing other resources before a loss occurs. This preparedness may not eliminate the possibility of recall event, but it will help them to better react and respond to the financial and reputational impacts.

Responding to External and Internal Pressures

Much of the industry’s evolution with regard to crisis management has been driven by regulatory changes and contractual requirements within the supply chain. A number of government changes have influenced the need for companies to be able to respond to a potential product recall, most importantly the implementation of the Food Safety Modernization Act (FSMA), which was signed into law in early 2011. This law shifted the focus of the FDA from responding to foodborne illnesses to actively preventing them from occurring. Increased oversight from the FDA is arguably resulting in more frequent and broader recalls.

For the safety of the general public, companies cannot risk keeping a product on the shelf that may be linked to a foodborne illness. At the same time, consumers are more aware of the details of contamination or recall events, making purchasing decisions based on something they read on social media, and sharing their concerns and problems on those same platforms.

In response, the last decade has seen a significant shift in the capabilities of those in the risk management sector to assist with recall events. For progressive companies, the emphasis has shifted from reactive to proactive and new and improved resources are available to assist with crisis management efforts.

First and foremost, there is an enhanced focus on preventing the possibility of recalls. Pre-incident risk mitigation is an available and valuable resource. Every company and risk manager should be anticipating an outbreak and have the right resources available and financial protection in place to respond.

The scale, sophistication and availability of insurance products and resources has also vastly improved. Competition means that insurers continue to innovate, adding coverage and resources such as pre-loss consultants for operations and financial planning. Capacity in the insurance market is also growing and insurance towers are being developed to enable the purchase of appropriate levels of cover. In 2006, a large line of recall cover might have been $10 million. Today, it is not unusual to see policy limits of $25 million and programs providing cover of up to $250 million.

Companies now expect their suppliers to have protections in place, such as recall insurance, so that they not only have the financial support to make the right decisions, but can survive financially if a recall occurs. After all, finding a new supplier and establishing new processing arrangements does not happen overnight—if a supplier fails, developing a new supply chain can lead to downtime and lost profits.

Policy triggers are also broader than they were a decade ago. In 2006, companies had to show contamination of their product to trigger the policy. Now, that is just one of multiple trigger points that can also include government recall and adverse publicity. Product refusal cover is a recent addition to hit the market, and is meant to address the impact of customers simply refusing to accept a product because it is linked to an ongoing but perhaps incomplete recall investigation.

Finally, there is more experience and assistance available for handling losses on both sides of the equation. Insureds have the benefit of a network of professionals who can help them prepare before the loss, analyzing potential operational vulnerability, providing suggestions on a robust crisis management plan, and conducting financial analysis to evaluate potential exposure to product recall events. This network is also available to assist after the loss by providing more sophisticated loss models and analyses to enable the correct financial response, helping insureds understand what the insurance product itself does, and providing insights on the claims handling process. It is as much about prevention and preparedness as it is about correction and recovery.

Along with the crisis management resources offered by insurers and others to address food contamination risks, retailers are working to address food safety and supply chain concerns as well. For example, 10 large food and retail companies, including Nestlé, Unilever, Tyson Foods and Dole, have been working with IBM on a blockchain technology project designed to better track food products through the supply chain. Ideally, this will improve food safety by helping public officials investigate and find the source of foodborne disease outbreaks more quickly. In September, Walmart and Sam’s Club announced that they will require suppliers of leafy greens to implement real-time, farm-to-store tracking using IBM’s blockchain technology by 2019. Within the next year, Walmart plans to roll out similar mandates for other fresh fruit and vegetable suppliers as well.

As the food sector looks to enhance quality control and fine-tune traceability systems, companies need to focus on the potential financial impact that a foodborne disease outbreak and possible recall could have on their bottom line, take steps to ensure that they understand their exposure, and establish the appropriate resources to prepare for—and respond to—a crisis, should it ever occur.
Simon Oddy is a partner at RGL Forensics.

A New Era in Food Safety