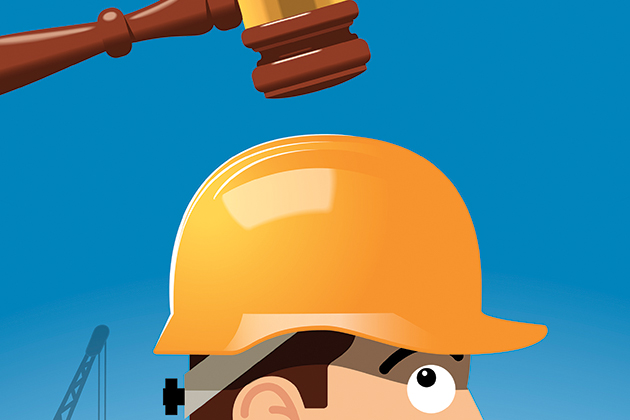 Whether residential or commercial, nearly every construction project today requires the use of subcontractors. While contractors often devote a good deal of effort and attention to their prime contracts with a project owner, subcontracts can be an afterthought. This can be a problem when it comes to insurance requirements. Too often, contractors rely on poorly worded or outdated forms or templates that do not align with the insurance requirements of their prime contracts. When things do not go smoothly on the construction site, this can lead to large claims with limited or no insurance coverage. With a better understanding of the insurance provisions of their subcontracts, contractors can better manage risk and prevent possible issues before losses occur.

The Basics of Risk Transfer

The goal of risk management in construction contracts is to transfer risk to the party that is closest to it and therefore best able to manage it and control losses. On the construction site, this often means subcontractors. Thus, project owners will push risk downstream to general contractors, who will, in turn, push the risk down to their subcontractors.

Thus, contractors and other upstream parties are more protected when they require subcontractors to obtain a broad “arising out of” additional insured endorsement. However, not all subcontractors will be able to obtain such an endorsement, as it is now standard for insurers to issue the narrower “caused, in whole or in part, by” endorsement.

Many states have laws limiting the extent to which one party can indemnify another in a construction contract. For example, some states prevent a contractor from requiring its subcontractors to indemnify the contractor for its own negligence. Other states prohibit contracts that require one party to purchase insurance covering the other party for its own negligence. Since the scope and application of these laws varies from state to state, it is important for contractors to be aware of the state law applicable to their subcontracts. In addition, consider including language in subcontracts providing that, if the insurance requirements run afoul of applicable anti-indemnity/insurance laws, they should still be enforced to the fullest extent permitted by law. This may prevent a court from striking down the offending insurance requirement in its entirety and instead enforcing it in a more limited way in accordance with state law.

Subrogation is the right of an insurer that has paid a claim to step into the shoes of its insured and assert claims against another party to recover some or all of the amount it paid to its insured. Construction contracts often contain waiver of subrogation provisions to prevent an insurer from recouping its payment on a claim from the upstream party.

Subcontracts typically require the subcontractor to provide some proof that it has the required insurance, usually in the form of certificates of insurance (COI). While COIs may give a contractor some comfort, they are not a guarantee that the subcontractor has actually met its insurance requirements. In fact, the standard ACORD certificate of liability insurance expressly states that it confers no rights on the certificate holder and does not amend, extend or alter the coverage afforded by the insurance policies themselves.

A better practice is to request, in addition to COIs, copies of the actual endorsements the contractor is requesting. Of course, the most protective practice would be to request a copy of the subcontractor’s entire policy. Often, however, contractors do not have the time to do a complete review of their subcontractor’s full policies to confirm compliance. Requesting copies of the relevant endorsements provides a good middle ground between ensuring compliance and efficiency.