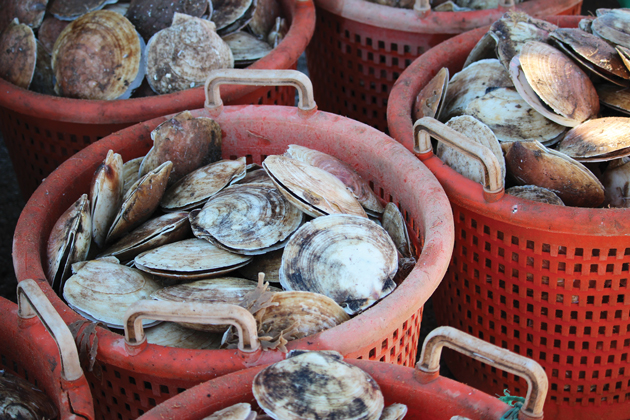 Every year, thousands of products are recalled across a wide range of categories. In the event of a product recall, a host of factors come into play, including litigation initiated by the manufacturer against a supplier, distributor or food processor that allegedly committed an act that caused the recall. Upon being sued by a manufacturer, the supplier, distributor or processor may seek coverage under its commercial general liability insurance policy. However, even if the appropriate insurance is purchased, the insurer may deny  coverage, claiming either that the insurance policy does not cover such losses, or that the policyholder has not complied with the policy’s terms.

In Hanover Insurance Group. v. Raw Seafoods, Inc., defendant Raw Seafoods, Inc. (RSI) processed scallops for its customer, Atlantic Cape Fisheries. In 2011, a shipment of more than 37,000 pounds of Atlantic scallops it had processed went through customs in Europe. The scallops were found to be decomposing and exhibiting “a strong smell of ammonia” and were later deemed “unfit for human consumption.” Shortly thereafter, Atlantic and RSI inspected a separate batch of RSI-processed Atlantic scallops and found those scallops to be similarly contaminated.

Atlantic sued RSI for negligence in spoiling the scallops. RSI, in turn, sought insurance coverage under its CGLI policy with Hanover Insurance Company. Hanover agreed to defend RSI in the underlying lawsuit under a reservation of rights, but then filed a separate declaratory action seeking a ruling that RSI was not covered under the policy because the damage to the scallops was not caused by an “occurrence.” Hanover further argued that coverage was precluded by numerous exclusions in the policy.

Atlantic successfully obtained a judgment against RSI in the underlying matter on a theory of negligence, specifically, res ipsa loquitur (the occurrence of an accident implies negligence). After judgment was entered in favor of Atlantic in the negligence action, RSI and Hanover filed cross-motions for partial summary judgment in the insurance coverage litigation.

The Massachusetts Appeals Court reversed a finding for the insurance company, finding that Hanover was bound by the determination in the underlying action “that the damage to the scallops was due to RSI’s negligence, not as part of the ordinary work process and not the result of any intentional conduct.” The court thus ruled there was an “occurrence” under RSI’s CGLI policy that triggered coverage. On remand, the trial court granted RSI’s renewed motion for summary judgment, finding that Hanover owed RSI coverage for the underlying claim and that various exclusions did not apply.

A policyholder that finds itself entangled in a third-party recall must act swiftly to provide notice to its insurance company and should not accept a denial of coverage at face value. The proliferation of recall-related litigation means that policyholders need to be especially aware of the various coverages that they have purchased.
Steven J. Pudell is managing shareholder of Anderson Kill's Newark, New Jersey office. His practice focuses on commercial litigation and insurance recovery, often on behalf of food industry companies.
John P. Lacey, Jr. is an attorney at Anderson Kill who focuses on insurance recovery and corporate and commercial litigation.
Christina Yousef is an attorney in Anderson Kill's New Jersey office. Her practice concentrates in insurance recovery, exclusively on behalf of policyholders, and in corporate and commercial litigation.

Planning for a Product Recall

The Ineffectiveness of Child Safety Recalls

Getting the Most Out of Product Recall Insurance