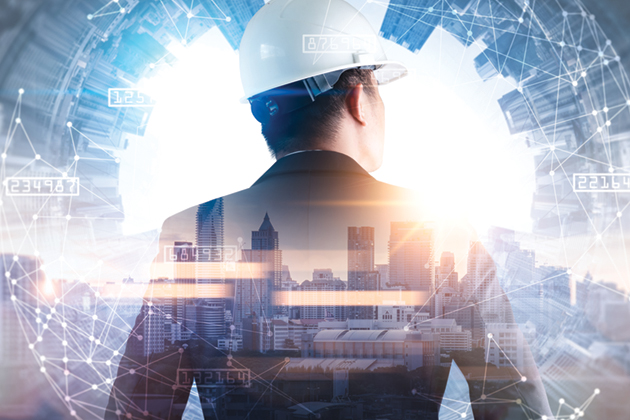 Construction has always been a high-risk venture, but recent trends are exacerbating those risks, including a shortage of skilled workers and accelerated construction schedules. New developments in technology, however, may help mitigate their impact.

Today, unprecedented access to worksite activity data is available through sensors, wearables and artificial intelligence-based solutions that can help eliminate or reduce hazards. These technologies can help contractors pay more rigorous attention to risk and manage it more effectively.

In the report Using Technology to Improve Risk Management in Construction SmartMarket Insight, Dodge Data & Analytics and Triax Technologies examined the challenges that contractors face when managing onsite risks, the potential for technology to help address them and the role insurers can play in the wider adoption of these technologies.

“The findings from the Dodge Data & Analytics research are encouraging and confirm what we’ve suspected: that contractors and insurers alike see the value in leveraging IoT [internet of things] technologies to help collect, analyze and act on risk management data,” said Ian Ouellette, vice president of product at Triax Technologies.

The study found managing project risk is an ongoing challenge for contractors. Just over half of those surveyed said that they face at least a medium level of difficulty identifying project risks. Being able to identify project risks is essential for assessing or managing those risks. This alone points to a serious issue in the industry, which cascades into other difficulties, including conducting ongoing management of project risks (reported by 66%) and preparing critical assessments of project risk (63%). To identify project risks, prepare critical assessments of them and manage them, contractors need better data about onsite risks, and they need it captured in a way that allows for analysis across projects. Technology can help contractors address this need.

Insurance executives interviewed for the report believed that most contractors struggle to gather sufficient data, and even fewer are able to capitalize on it. One executive said that the majority of contractors are gathering data at a very basic level, while another said, “I don’t think contractors gather data to measure risk outside of risk of performance, and health and safety.” However, two others noted that they have seen improvements in this area over the past five years with the advent of new technologies. The consensus from these interviews was that capabilities are growing, but that the construction industry still needs to mature in its ability to gather and analyze data to improve their risk management capabilities.

Risks That Technology Can Address

Technologies using sensors, commonly referred to as internet of things devices, have recently emerged as tools to manage risks onsite.  Contractors said that the greatest benefit of IoT technology is in reducing occupational risks. In fact, 41% said they believed that IoT tools potentially offer a high level of improvement in occupational risks, and another 32% expected to see moderate improvement as these technologies are more widely deployed.

Addressing occupational risks is particularly important to contractors who prioritize their workers’ safety and can struggle with how injuries impact their schedules, productivity and bottom line. Many contractors face skilled worker shortages, which exacerbates these impacts by making it difficult to replace injured workers quickly with qualified personnel. Also, more inexperienced workers may be learning their trade on the job, further increasing these risks. All of these factors make addressing occupational risks a top priority for contractors.

The insurance executives interviewed agreed, unanimously saying they regarded occupational risks as one of the top areas that new technologies can improve. While they did see the impact of other technologies like visual auditing and augmentation to address these risks, they too regarded IoT technology as particularly useful, and commented on the potential of wearables that track worker movements, proximity sensors on vehicles and equipment, and biometric devices that can measure exhaustion or inebriation. One executive described these types of technologies as “a game changer for the construction industry.”

Another said that wearables will soon be standard operating procedure: “When you show up to work, you get issued your wearable and you go along as you’ve always done, but there’s data being collected that will be used to mitigate risks.”

Contractors and insurers alike also saw the potential for technology in general—and IoT technology in particular—to help contractors address other types of onsite risks. Over half of the contractors interviewed saw the potential for at least a medium level of improvement when deploying IoT technologies to address risks to the public/non-workers (i.e., general liability), property damage risks and construction defects, and 49% reported the same for financial risks.

Several insurers also saw strong potential in using IoT technology to address property damage and construction defect risks. Additionally, they were enthusiastic about the potential for video inspections to reduce general liability and construction defect risks, especially when combined with artificial intelligence to detect hazards. The level of enthusiasm for these technologies was particularly striking since most contractors are not currently using much of this technology.

However, the study revealed a major obstacle to widespread adoption: Most contractors do not have innovation budgets for these kinds of investments. Instead, they typically either absorb the costs hoping for future gains or they pass on the costs to their clients.

This does not mean that insurance companies and brokerages are simply standing on the sidelines hoping contractors adopt technology, however. Most are increasing their own knowledge so they can be a resource to contractors looking to invest in the right tools. Over half (56%) of the contractors in the study agreed that their relationship with their insurance carriers was more of a partnership than a one-off transaction, and many of the insurance executives agreed with regard to technology adoption. As one executive said, “[Contractors are not] familiar with what is out there, so if we can help to raise awareness and show some value by doing something differently or using a technology tool, that might be helpful for them.”

Some insurance executives also pointed out that lower deductibles are possible for proven technologies, and if the technology provides the expected benefits, fewer claims over time will result in lower premiums.

To that end, some executives reported that their companies are partnering with contractors to help fund the adoption of particularly promising technologies. For example, they have shared the initial cost to install telematics in work vehicles to track driving patterns and found that contractors see such a clear benefit that they shoulder the ongoing costs. “[Contractors] don’t have time to do the due diligence. They don’t have enough confidence to put the money upfront [for technology] and then manage it,” one executive explained. “The implementation of technology within their businesses is where they struggle. And that’s really where an insurance carrier needs to be involved if it’s going to push this type of technology.”
Dr. Donna Laquidara-Carr, Ph.D., LEED AP, is industry insights research director at Dodge Data & Analytics.