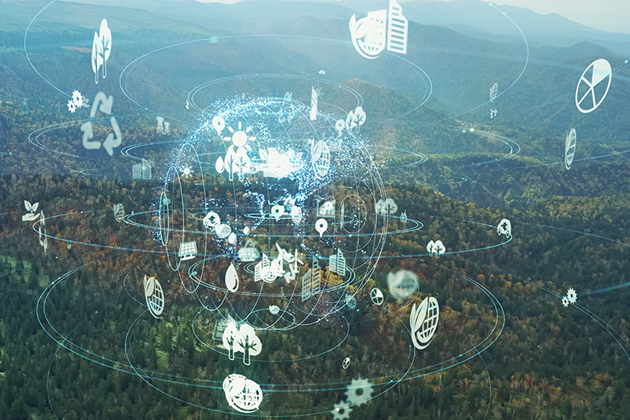 A company’s environmental, social and governance (ESG) criteria have long been recognized as indicators of its sustainability. In the past, a company underperforming on these measures may have lost out on certain investments or faced protests and picket lines, but now, companies dragging their heels may instead face new kinds of direct or indirect forced change.

Late last year, a coalition of Swiss civil society organizations presented a “Responsible Business Initiative,” seeking to introduce legal and financial liability for Swiss companies to be sued in the Swiss courts for human rights violations or environmental damage caused internationally. Although a majority of Swiss voters approved it, at the last stage—and for the first time in more than 500 years—a referendum passed by a popular majority was defeated at regional level. Nervousness over some companies’ already vulnerable financial position thanks to the pandemic may have tipped the balance, as well as the sense that such accountability will come when the time is right.

In February, a Paris court ruled that the French government failed to take sufficient action to fight climate change, in a historic case brought by four non-governmental organizations. This judgment has been widely hailed as precedent-setting for those in other countries looking to use the law to push their governments into climate action. Many will take notice of a government being held legally accountable for promises not met, and for “non-respect” of its contracted commitments, even where those targets were set by itself.

Additionally, the British Academy’s document “Climate Litigation as Climate Activism” grouped ESG litigation into three categories: 1. “hit the target” cases brought to target particular projects or policies, 2. “stepping stone” cases that are part of a broader campaign, and 3. “name and shame” cases brought to emphasise the disparity between discourse and action. While some cases may win in court and contribute meaningfully to climate action, some cases will fail but have some positive contribution, and some test-cases may be so legally difficult that their best result is to help shape policies and behaviors. All of these outcomes may be valuable.

Investor activists who are increasingly campaigning on climate issues may pressure public companies not self-starting on these issues. Take the example of Engine No. 1, an investment firm that owns less than 0.2% of Exxon’s public shareholding, yet managed, in one letter, to press the company into overhauling its board composition to lead it decisively towards carbon neutrality.

Similarly, activist investor Gianluca Ferrari set up the fund Clearway Capital, targeting smaller companies lagging behind on ESG issues, and publicly stated that while he will work for change behind the scenes, he also would not be deterred from putting his proposals to a shareholder vote or going to the media. He is adamant that a “cleaned up” company will benefit from a higher valuation.

The industry tracker Eurekahedge showed that there are 97 hedge funds globally with an ESG mandate. These funds view ESG as key drivers of sustainable returns and share price gains.

Wanting to present the best possible corporate values to impress investors, instances of “greenwashing” are on the rise, in which public companies present a misleading picture regarding ESG investment and credentials. Tariq Fancy, former chief investment officer for sustainable investing at BlackRock, described this as “a PR stunt, distracting from climate change, social injustice, and poor governance.” Socially conscious investing is a multi-trillion dollar industry, and companies are rebranding services as “green” without changing much, if anything, about the underlying business.

However, the U.S. Securities and Exchange Commission announced the creation of a new task force aimed at addressing greenwashing and hinted at plans for a standardized and mandatory set of ESG disclosures. Likewise, at the World Economic Forum this year, 61 business leaders committed to a set of “Stakeholder Capitalism Metrics” designed to shape responsible, sustainable non-financial reporting across four pillars considered most critical for business, society and the planet. These commitments affect not only corporate accomplishments but also the behavior of the individuals at the helm.

Not only does this push companies to enhance their ESG narratives, it creates difficulties for any companies attempting to greenwash over substantive efforts and data. When investors, consumers or reporters become aware that a company is advancing a marketing strategy instead of improving its ESG behavior, they will likely disclose that information in a manner costly to the business.

As global standards on ESG disclosure solidify, checking that a company’s public declarations match its action becomes another corporate check for protecting reputation and brand value.

Lest environmental concerns completely take the 2021 spotlight, it pays to also focus on social and governmental factors, which, if neglected, will become a pressure point.

Just this March, after sensing an impasse at management level, a group of Goldman Sachs junior analysts leaked details of their “inhumane” working conditions and the absence of a work-life balance. Conditions have apparently not improved since 2015, when 22-year-old analyst Sarvshreshth Gupta took his own life after complaining of working 100 hours a week. Chief executive David Solomon publicly committed to addressing these issues substantively, including by strengthening enforcement of a “no work on Saturday” rule, hiring more junior staff, reshuffling staff internally to help stretched teams, being more selective about business opportunities pursued, and automating certain tasks. This illustrates the importance of effective feedback channels inside a company to manage the risk of public fallout.

ESG at the Top of the Agenda

Research has proven repeatedly that consumers are far more likely to trust, recommend and be loyal to a company that “does the right thing,” supports social and environmental issues and is properly governed. Consumers large and small, who are fired up by environmental warnings, frustrated by executive misconduct or concerned about unethical working conditions are now more educated and confident than ever before about moving their business.

Executive teams are under pressure from governments, NGOs, shareholders and consumers to not only act in an environmentally and socially conscionable way, but also to actively push the boundaries of best behavior, to mitigate ESG risk and to protect their freedom to operate. Also, the eyes of reporters worldwide have increasingly joined the ranks, ready to hold companies accountable and correct the record where behavior does not match a stated pledge.

Natalie McEvoy is counsel at reputation and privacy law firm Slateford, where she specializes in proactive risk mitigation, and, when necessary, defending clients’ reputational protections in high stakes litigation.

Getting Serious About ESG Risks