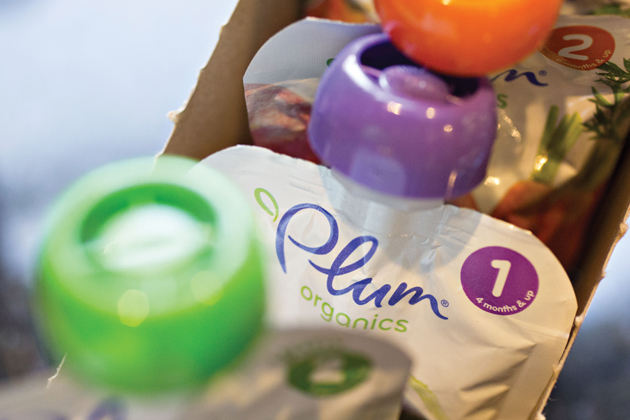 In January 2021, Nestlé Prepared Foods issued a recall for more than 760,000 pounds of pepperoni Hot Pockets that had been shipped to retailers nationwide. The company explained that the Hot Pockets were potentially contaminated with foreign objects, specifically pieces of glass and hard plastic.

In February, several law firms filed a class action lawsuit against Plum, PBC, makers of Plum Organics baby food. The lawsuit alleged that, despite being marketed as “organic” and “made from the best ingredients,” Plum’s baby food products were tainted with heavy metals such as arsenic, cadmium, lead and mercury.

These cases represent just a sampling of this year’s food product recalls. Last year, the U.S. Food and Drug Administration and the U.S. Department of Agriculture issued more than 360 food and beverage recalls for issues such as undeclared allergens, foreign material contamination and contamination by pathogens like listeria, salmonella and E. coli.

Companies and consumers should closely examine the quality of the ingredients in their food products. Companies should also carefully analyze their own insurance policies and coverage, as well as those of their business partners and vendors, to ensure they will have sufficient coverage in the event of a claim or lawsuit.

A commercial general liability (CGL) policy covers damages the insured becomes legally obligated to pay because of bodily injury or property damage. Regarding bodily injury claims, if the presence of the natural substance is due to a defendant’s failure to exercise due care in the preparation of the food, an injured plaintiff may decide to sue for negligence.

By contrast, if the substance is foreign to the food produced, then a judge or jury additionally must determine whether its presence could reasonably be expected by the average consumer and render the food unfit for human consumption or defective under the theories of the implied warranty of merchantability or strict liability.

Courts have held that property damage, as defined in an insuring agreement, may occur when a defective part causes injury to other property. The presence of a potentially injurious material in a food product can create a host of insurance-related issues.

If the food product itself is determined to be contaminated, that would likely be considered the insured manufacturer’s product and the policy’s damage to “your product” exclusion would apply. However, if the supplier of a particular ingredient, like chocolate, provides a contaminated ingredient that is then incorporated into a food product like a candy bar, the analysis is different. The chocolate ingredient would be excluded, but when the ingredient is incorporated into the larger food item—the candy bar—this would contaminate that item and result in property damage.

Courts have noted that such a scenario may constitute “property damage” within the meaning of the insuring agreement. In Shade Foods, Inc. v. Innovative Products Sales & Marketing, Inc., the California Court of Appeal held that the term “property damage” includes “loss that results from physical contact, physical linkage, as when a potentially dangerous product is incorporated into another and…must be removed, at some cost, in order to prevent the danger from materializing.”

Depending on how the insuring clause is drafted, the insurer may be obligated to pay those sums that the insured legally must pay because of bodily injury or property damage. For example, the term “property damage” may be defined as physical injury to tangible property, including all resulting loss of use of that property. As such, insurers and their insureds should carefully review their insuring agreements to determine whether certain types of food product claims will be covered.

In reviewing claims, insurers may point to business-risk exclusions in the CGL policy containing language like: “if such property can be restored to use.” Generally, courts have held that the risk of replacing or repairing a defective product is considered a commercial risk that is not passed on to a liability insurer.

However, in the context of food contamination cases, courts will look for evidence that the contaminated food product could be “restored to use” to a reasonable and equivalent value. Rarely are contaminated food products able to be restored to use at their reasonable and equivalent value. For example, there would be significant physical and financial challenges with removing wood splinters found inside of roasted almonds that were then chopped and mixed with congealed syrups to form a cereal’s nut clusters (as was the case in Shade Foods).

As a result of the FDA finding unsanitary conditions at the dried milk plant and a voluntary recall of the dried milk ingredient, the Eighth Circuit noted that the instant oatmeal could not be lawfully sold in conjunction with an assurance that it met regulatory standards, even if it could be safely consumed. The Eighth Circuit held that this constituted physical “property damage” to the instant oatmeal (i.e., “physical injury to tangible property”). The court also held that the “your product” exclusion and the “impaired property exclusion” in the commercial liability policy did not apply.

Lastly, if an insured is responsible for damaging someone else’s property, all costs to the insured as a consequence of covered property damage may not be covered. Such damages or costs may be excluded from coverage by the “recall of product, work or impaired property” exclusion. However, insureds can purchase a contaminated products insurance (CPI) policy with third-party recall liability coverage in addition to a CGL policy.

Generally, a CPI policy indemnifies the insured for losses resulting from an “accidental product contamination.” The standard CPI policy will cover reasonable and necessary first-party expenses incurred by the insured as a result of a contamination event, including costs for recall, business interruption, rehabilitation and consultants.

A vendor’s broad form endorsement protects vendors from injuries incurred by others due to faulty or toxic products they sell or distribute on behalf of a manufacturer. Generally, a products liability vendor’s endorsement should name the “downstream” seller as an additional insured under the manufacturer’s policy.

Businesses in the food production and distribution industry face a wide range of risks with serious consequences to both consumers and the company’s bottom line. It is essential to put measures in place to mitigate such risks, including conducting a thorough insurance policy review, which could be critical to saving the business from the significant expenses associated with food product claims and recalls.

Nathan B. Lee is a partner in the Encino, California office of Gray•Duffy, LLP.

The Fallacy of What