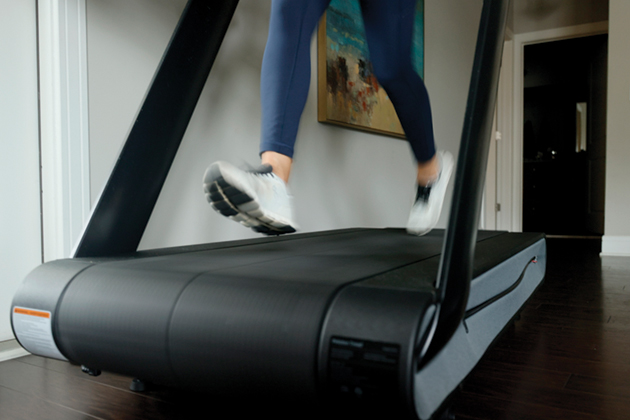 On March 18, 2021, Peloton announced that a child was tragically killed in an accident involving its Tread+ exercise machines. At the time, the company disclosed that it was “aware of only a small handful of incidents involving the Tread+ where children have been hurt.” Peloton also reiterated its safety warnings, reminding consumers to keep children and pets away from the machines.

On April 17, the U.S. Consumer Product Safety Commission (CPSC) issued a rare unilateral “urgent warning” regarding Tread+ machines, urging consumers to stop using the treadmills because they posed “serious risk to children for abrasions, fractures and death.” Initially, Peloton refused to recall the equipment and called the CPSC’s warning “inaccurate and misleading.” But less than two weeks later, Peloton stated that it “made a mistake” and formally issued a recall. The company disclosed that it had received 72 reports of adults, children, pets or objects being pulled under Tread+ machines, 29 of which involved injuries to children. The recall and events leading up to it offer valuable lessons for all consumer product companies.

Lesson 1: The CPSC Is More Aggressive Than Ever

The CPSC’s April warning “Stop Using the Peloton Tread+” may signal a sea change. First, the federal agency chose to issue the warning unilaterally—a power it has long had but rarely used. Second, it did not pull any punches when releasing the warning, going so far as to include graphic video footage of a child being sucked under one of the machines.

A move toward unilateral statements. In a voluntary recall scenario, the CPSC works with a company to jointly issue an agreed-upon statement. When a company refuses to recall, however, the CPSC retains the right to issue a unilateral warning. While the CPSC exercised this power only twice in the decade before January 2020, it has issued four unilateral statements (including in the Peloton case) in the past 18 months.

The reason for the increase in unilateral statements is not clear. CPSC staff may be demanding more burdensome remedies in serious cases, companies may be standing their ground more firmly in the face of potential cases, or internal staffing and policy changes may be driving more aggressive action. Whatever the cause, the CPSC has shown that it can and will use every tool in its arsenal. As a result, companies should arm themselves with a thorough understanding of their rights, obligations and options to ensure they arrive at the negotiation table in the strongest position possible.

Inclusion of graphic content. Another aspect of the CPSC’s April press release stood out: graphic video footage of a child being sucked under a Tread+ machine, presumably recorded in a consumer’s home. Fortunately, the child appears to walk away without serious injury. Even so, the use of such a disturbing video is a departure from the agency’s recent approach to public outreach and safety campaigns, which have often included humor and even cartoon characters. Here, the CPSC chose to use actual footage (accompanied by a warning about disturbing content) to evoke a strong response from consumers and put pressure on Peloton.

The use of footage may be a signal to other companies that the agency will not hold back if it believes a product poses immediate and serious harm to consumers, especially children.

Lesson 2: The CPSC May Be Looking at Data Differently

Product safety issues are rarely clear-cut in practice. The decision to recall a product is never an easy one, and the Peloton case suggests those decisions may become even more complicated moving forward.

Low overall incident rates do not mean the CPSC will agree that there is no hazard. Despite the attention-grabbing headlines, Peloton’s apparent incident rate was extraordinarily low. Of the approximately 125,000 Tread+ machines sold, only 0.0005% were involved in a reported incident, and only 0.0002% in an incident involving children. While a low incident rate is certainly not irrelevant, companies should never rely solely on numbers to evaluate their reporting obligations. Because even one incident may trigger an obligation, companies should carefully monitor incident reports and investigate both the circumstances leading up to each incident and the severity of the injury.

Reports of injuries caused by consumer misuse should not be discounted. Peloton’s initial announcement emphasized that its Tread+ machines were safe when used in accordance with the safety warnings and instructions provided. Companies may be tempted to discount reports of product incidents when it is clear that the consumer misused the product or did not follow instructions. While a consumer’s disregard for a warning may provide a defense in court, companies facing multiple incidents caused by apparent misuse should carefully weigh reporting obligations. Even if a company believes its warnings and instructions are adequate, a pattern of consumer disregard may weigh in favor of recall.

Even incidents that do not involve injury to humans may be relevant. Both the CPSC’s April warning and the May recall notice reference incidents involving “pets and objects.” Companies might not think to report these types of incidents because they do not involve injury to a “consumer.”  Nevertheless, the CPSC has made clear that any product that could create a substantial or unreasonable risk of injury to consumers should be reported, whether or not that risk has actually materialized.

Companies are not required to report risks that are purely hypothetical—nearly any product could cause injury under the wrong circumstances. However, they should not ignore an incident report simply because it does not involve actual injury to a person.

Lesson 3: Insurance Can Set Your Company Up for Success Before an Incident Occurs

Product safety incidents can negatively impact a company’s brand and balance sheet if not handled quickly and responsibly. Insurance can help prepare companies to execute a recall swiftly, minimize losses and maintain customer relationships in the wake of a recall.

Recall insurance. Companies can purchase standalone recall policies, which typically cover costs involving: 1) shipping, storing and disposing the recalled products; 2) loss of profits or business interruption resulting from the recall; 3) notifying customers, such as by placing advertisements, sending letters or otherwise contacting customers; and 4) other kinds of rehabilitation and crisis-related expenses. These policies can provide critical assistance against the risks of potentially significant losses. For example, recall insurance typically covers potential loss of revenue. In Peloton’s case, Forbes estimated such losses totaled at least 12% of the company’s equipment revenue.

Product recall insurance policies vary widely, and companies should review the available options carefully, including add-ons for voluntary and government recalls. Particularly when the premium costs are weighed against the potential benefits, these add-ons are generally affordable.

“Traditional” CGL policies. Insurance coverage for recalls can also come from “traditional” policies like commercial general liability (CGL) policies, which can be triggered when allegations of “bodily injury” or “property damage” are made. Companies can generally tap into CGL coverage for any consumer lawsuits alleging bodily injury from a recalled product, but widespread injury or even one severe case can quickly exhaust policy limits. Moreover, most CGL policies will not fully cover the vast array of other recall-related costs, like crisis management and lost profits.

Policyholders should be aware that insurers often rely on various exclusions in traditional policies to deny coverage for recall-related claims. For example, although some CGL policies include a sublimit of coverage for product recall, the coverage may solely apply to the expense of physically recovering the products and returning them to the manufacturer or distributor. That being said, policyholders may still have numerous coverage arguments that can result in recovery for defense and indemnity losses under traditional policies, so it is coverage worth pursuing.

Directors & officers (D&O) liability policies. In the wake of a recall, shareholders may sue a company’s directors, alleging that they breached their duty of care to the company or made misrepresentations relating to the product that affected the value of the company’s stock. Peloton’s share price fell significantly in the wake of the recall and it is already facing several class action lawsuits filed by shareholders. D&O liability insurance may provide coverage against such allegations.

With the CPSC signaling that it is moving into a more aggressive era, the best advice is the agency’s long-held mantra of “when in doubt, report.” The earlier a company reports, the more leverage it will have in its negotiations about recall remedies and administration. Having a recall plan in place on the front end—including a carefully crafted insurance program—can help absorb the financial blow of a recall while focusing on what is important: protecting customers and getting back to business as usual.