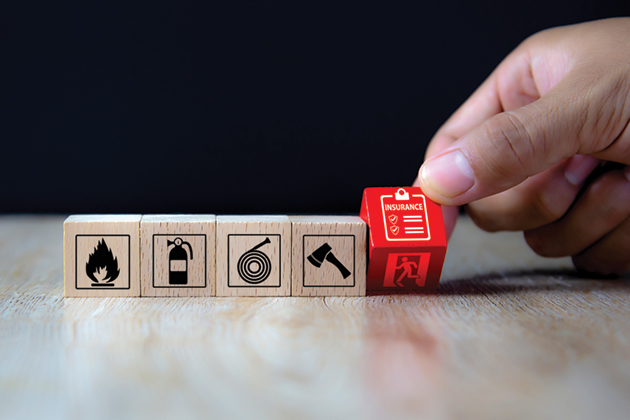 Commercial contracts often require one party to assume responsibility for specific losses and to purchase insurance to sufficiently meet resulting financial obligations if a loss occurs. The traditional way to prove that the necessary insurance has been obtained is by using a certificate of insurance (COI). Effectively, the COI is perceived as a document that guarantees all parties are properly protected. Unfortunately, this does not always hold up in practice. By understanding what COIs are and what they are not, along with real-life instances where they have failed insureds, organizations can avoid costly surprises in the event of a loss.

What Is a COI?

A certificate of insurance provides an overview of key information found within an insurance policy. Most insurance professionals utilize the standardized forms released by the ACORD Corporation, such as ACORD 25 for evidence of property insurance or ACORD 28 for general liability. When reviewing a COI for proof of liability coverage, the following information should be included:

The certificate of insurance is considered an essential document for any business where contracts are required. Third parties, such as customers and contractors, rely on COIs as evidence an insurance policy has been issued. More specifically, the parties are seeking assurance the insured or additional insured has the financial wherewithal to pay for liabilities arising out of their negligence. But the COI does not actually have the ability to reduce or transfer risk.

What a COI Is Not

Although certificates of insurance may be thought of as an “express” version of an insurance policy, they do not replace them. Relying on COIs to prove that appropriate coverage is in force often only provides a false sense of security. Changes in the policy or the policy’s language could swiftly negate any perceived liability protections assumed under the COI. In fact, a certificate of insurance contains unambiguous wording: “This certificate is issued as a matter of information only and confers no rights on the certificate holder.”

Most certificates of insurance also contain language advising that policies must be endorsed to confer additional insured status. Further, the COI warns that rights are not conferred in the absence of such an endorsement.

While it may be understood that COIs are not contractual arrangements of risk transfer, the underlying policy may also include exclusions limiting or eliminating coverage required by a business contract. For example, property insurance policies often exclude coverage if a location is vacated.

Even if a certificate of insurance has been fully reviewed and confirmed, certificate holders are still at risk if the underlying policy gets cancelled while work is being performed or while the required contract is in place. Cancellations can occur for a variety of reasons, including failure to pay premiums, unresolved audit disputes or unattended loss control recommendations.

Insurance policies will often include a 30-day notice of cancellation. However, companies do not necessarily provide such notice to certificate holders under all circumstances, especially when cancellation pertains to a carrier’s right to cancel with a 10-day notice for non-payment.

No Proof of Insurance

The ideal time to learn about the deficiencies associated with certificates of insurance or, more specifically, the policies they represent, is before a claim occurs. Unfortunately, too many insureds and certificate holders find out about any gaps or a total lack of coverage after a loss occurs. Consider the following examples:

U.S. Pipe and Foundry Company: This often-cited court case serves as fair warning that certificates of insurance are only valid at the exact moment in time they are issued. U.S. Pipe leased property to Southern Packaging Company (SPC), which was required under the terms of the lease agreement to purchase liability insurance. SPC complied and when their insurer, USF&G, renewed coverage on January 1, a certificate of insurance was forwarded to U.S. Pipe.

In July, an explosion occurred at the leased property SPC occupied. The subsequent damage to the surrounding area was extensive and resulted in nearly 1,100 lawsuits filed against U.S. Pipe. When the company sought coverage under SPC’s insurance policy, however, U.S. Pipe learned coverage had been canceled. A declaratory judgement found USF&G was not liable to U.S. Pipe, and the district court’s decision was affirmed on appeal.

United House of Prayer: Even when additional insured status is stated on a certificate of insurance and endorsed on the underlying policy, there remains no guarantee any rights are conferred. This was the case with United House of Prayer (UHP), which believed that it had properly protected its interests when hiring a contractor for renovation work.

After a fire broke out, UHP sought to recover damages from its contractor’s insurance company. The courts reviewed the certificate of insurance and the insurance policy it represented and confirmed that UHP had been named as an additional insured. However, the court also noted additional insured status was limited only to liability arising out of “work performed by the named insured on UHP’s behalf.”

On the surface, it appeared coverage would have been extended to UHP. However, the fire was caused by the actions performed by a subcontractor. Since the subcontractor worked on behalf of the contractor, the court ruled that the contractor’s insurer was not obligated to defend or indemnify UHP.

Essendant (United Stationers): The first two examples are evidence that certificates of insurance cannot be relied upon even when all interested parties have acted in good faith. A more worrisome aspect of COIs is the possibility someone could forge the document for their own benefit.

In the construction industry, where the lowest bidder often wins the contract, sometimes unscrupulous businesses create fraudulent certificates to save costs and improve profits. Whether intentional or not, United Stationers (now known as Essendant) found itself holding a certificate of insurance provided by Taylor Roofing that ultimately proved worthless.

An Essendant employee fell off one of Taylor’s ladders and summarily sued Taylor, which in turn sued Essendant. While the COI clearly stated Essendant was covered under Taylor’s policy, the court confirmed that the policy itself clearly afforded no such coverage.

The Future of the COI

Most states have no laws regulating certificates of insurance. As a result, some certificates provide such a limited amount of information that it may be nearly impossible to confirm or refute the terms of the underlying policy. This has led to the fraudulent issuance of COIs and left many clients with uninsured losses.

Yet, the COI remains central to keeping the wheels of business well oiled, reducing the friction that otherwise would occur if contracts relied on more cumbersome methods to provide proof of insurance. How then can we improve COIs to bolster the confidence placed in them while retaining their simplicity?

A possible solution lies among the many technologies beginning to enter the commercial lines space. Insurance companies and third-party insurtechs are developing solutions to reimagine the certificate of insurance.  Addressing the challenges associated with COIs will require a complete transformation of how data flows among the multiple stakeholders involved. To be successful, the insurance industry must shift from monolithic data systems to networked ecosystems. This will allow for the transfer of information from the insurer to the insured and other interested parties instantly, accurately and efficiently, reducing the distrust currently associated with certificates of insurance.

Wade Millward is founder of the insurance consultancy Rikor.