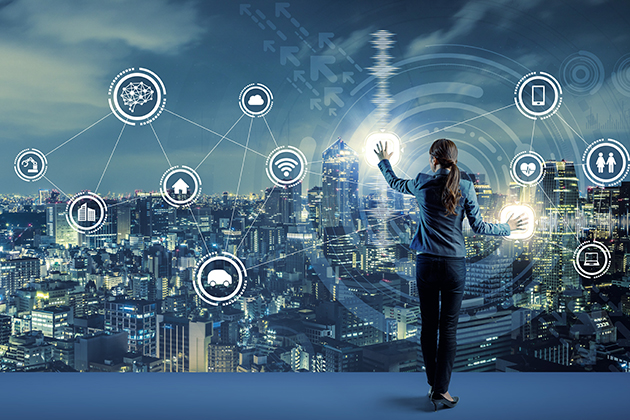 As we usher in a new year, insurers and risk managers alike will continue to focus on exploiting technology advances to prevent and mitigate risk. The following four trends in the risktech arena will influence risk management moving forward:

1. Risktech will take over a larger share of the overall insurtech phenomenon as investments in optimizing distribution channels, claims processing and underwriting activities start to plateau.

Over the past two decades, insurtech has grown rapidly as the industry has applied new technologies with a focus on improving both capabilities and the customer experience in distribution, underwriting and claims servicing. While additional improvements can still be made, the markets around these areas have become crowded and the pace of new innovations is slowing. As such, a new focus will gain traction around risktech—those technologies that help to prevent or mitigate the risks themselves. Such technologies benefit both the insurer and the insured as they reduce claims and ultimately lower premiums and deductibles.

Demand for risk mitigation devices and services is starting to surge. As we move into 2022 and beyond, buyers are more aware of the existence of protection services, and they want in. Insurers who have not already delved into that market will need to create strategic partnerships or work to create the capabilities themselves.

For example, risktech pioneers set their sights on a perennial source of small but frequent claims that plague both personal and commercial lines: water damage. Many manufacturers, developers and integrators now provide sensor systems that can help to detect water leaks as well as freezing temperatures that could lead to frozen and burst pipes. Both technologies are especially useful for buildings that may be empty for a certain period of time. Instead of returning to an unwelcome surprise, building owners or staff can be alerted to a leak or freezing temperatures right away, and can take steps to prevent or minimize damage and outages.

While less prevalent than water-related sensors, wearables represent another maturing area of risktech. These devices are especially popular for jobs that require repetitive lifting or stretching, typically found in manufacturing and warehousing but also in some health care industries such as senior living communities. Employees can wear devices that alert them to improper lifting techniques or body posture, thus reducing their risk for on-the-job injuries and workers compensation claims. Newer devices are smaller than their predecessors and innovators are finding ways to embed them directly into clothing to collect additional data and avoid the challenge of the devices being removed from the wearer.

3. Advancements in computer vision and artificial intelligence will continue to spawn new risktech offerings to mitigate all forms of visibly identifiable risks.

Camera technology has advanced remarkably over the past decade. Not only do most people carry a camera in their pockets in the form of a mobile phone, but devices that were built specifically to be a camera have the capability to do far more than simply capture images. Using these new capabilities, programmers are training computers to recognize potential threats based on images.

The combination of computer vision and artificial intelligence (AI) will help organizations and companies minimize their risk for crime at their facilities:

4. More insurers will add internet of things (IoT) devices and associated services to offerings as technology costs continue to decline and 5G connectivity continues to rise.

As early iterations of risktech continue to mature and yield more capabilities with even less cost, the tangible benefits of deploying IoT devices enjoyed by early adopters are quickly becoming a standard to remain competitive. Add the growing coverage of 5G, and insurers will no longer be able to stay on the sidelines waiting for additional proof to deploy their own IoT programs. This will lead to a growing wave of adoption that will ultimately serve to inspire even greater innovation and refinement. While this is good news for insurers, the ultimate beneficiaries are policyholders themselves.

The Value of Data Science and Machine Learning

Investing in the Insurtech Toolbox