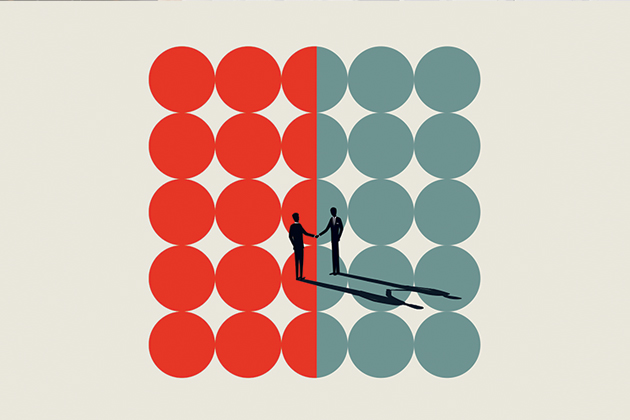 Last year was a dynamic year for dealmakers as mergers and acquisitions (M&A) hit a record high, and growth is expected to continue throughout 2022. Even without the backdrop of the COVID-19 pandemic, the M&A market has grown in complexity, and as it becomes more competitive, everything from revenue to reputation is at risk. For all stakeholders involved, it is increasingly important to carefully review deal risks and undertake a robust due diligence process to protect against downside risk and create value.

In the M&A process, a risk manager’s goal is to ensure that key stakeholders procure appropriate insurance coverage to address and mitigate key risks inherent in the M&A transaction. To further aid in the successful close of a deal, risk professionals should also focus on the processes required to obtain a robust representations and warranties insurance (RWI) policy.

Deal volume among corporate and private equity firms nearly tripled in 2021, and many forecast that M&A activity will continue to grow significantly over the next year. In a study by fintech firm SS&C Intralinks and M&A intelligence firm Mergermarket, almost two-thirds (64%) of dealmakers surveyed expected the level of M&A activity to increase in the next 12 months, with 24% anticipating a significant increase.

With the influx of deals and growth of capital, sellers are looking for certainty and an accelerated closing process. Given this environment, it is vital that buyers undertake a robust due diligence process and consider RWI to help successfully close a deal and mitigate certain exposures.

RWI helps facilitate mergers and acquisitions by reducing the need for protracted negotiations of certain indemnity provisions between buyers and sellers and protects participants from risks that arise in connection with the underlying transaction. Specifically, RWI is designed to provide protection against financial losses arising from breaches of a seller’s representations and warranties made in the acquisition or merger agreement, including costs associated with defending claims.

On the buyer side of a merger or acquisition, RWI offers additional protection beyond the negotiated indemnity cap and survival limitations in a purchase agreement. In cases where the acquisition contract terms provide no indemnity, RWI may provide the only source of recourse.

Additionally, RWI may protect buyers against the collectability or solvency risk of an unsecured indemnity provided by a seller. It can also distinguish a buyer’s bid in a competitive auction process by allowing for short survival periods, modest liability caps and reduced escrow amounts from the seller for breaches of representations and warranties in a bidder’s draft purchase agreement. RWI can also preserve key relationships by mitigating the need for a buyer to pursue claims against sellers who continue to work with the combined entity after closing.

As both deals and regulations become more complicated, the combination of RWI and due diligence processes can help dealmakers keep pace with accelerated timelines while mitigating exposures discovered after closing. According to Aon’s M&A Risk in Review 2021, 88% of senior executives from corporate development teams, private equity firms and investment banks believe their use of RWI will increase over the coming 12 months, including 40% who expect it to increase significantly.

Deal participants should be aware that issues that may be an immaterial risk to the larger transaction may be material to the provider of a representations and warranties insurance policy. Insufficient due diligence can affect such policies by limiting coverage and/or causing delays in the M&A process. For example:

Environmental due diligence:
A target business owns 15 manufacturing facilities. In the buyer’s due diligence, it performed Phase I environmental site assessments on only three, based on proximity to contamination identified in a desktop review on all 15 sites. Given that the buyer will acquire the titles to all 15 sites, insurers may require Phase I assessments to be performed on all 15 sites in order to provide coverage for all with respect to breaches of representations and warranties.

International due diligence: A target business has operations in 10 non-U.S. jurisdictions. The buyer determined that little to no revenue is generated outside of the United States, so it decided to forego due diligence on international operations. While there is little to no revenue generated outside of the United States, 60% of the target company’s workforce is located in other countries. Given the risks presented with respect to employment law compliance and regulatory compliance, due diligence on those operations will factor into the availability of RWI coverage.

Minority stake investments: In some circumstances where the acquisition is a minority investment, buyers may have traditionally limited their due diligence scope. However, in the event that the deal participants would prefer to use RWI, the parties will need to reevaluate the scope of that due diligence to ensure they can make the RWI provider comfortable with the coverage being sought.

A Guide to Transaction Liability Insurance

Why Do M&As Fail?