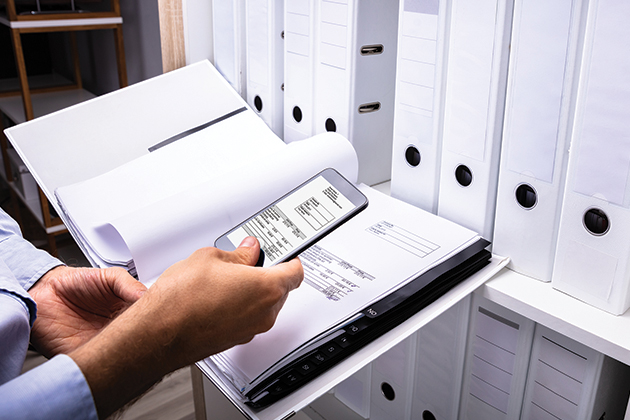 The pandemic’s impact on supply chains has forced some companies to scale back product offerings and make difficult decisions on how to serve existing customers with fewer resources. As a result, personnel who experience diminished opportunities may be tempted (or forced) to change employers. Combined with the flexibility of remote workforces and widespread labor shortages, such factors have contributed to the best market for job seekers in quite some time. While navigating these challenges, employers must work to ensure that their trade secrets and confidential information do not walk out the door with departing employees.

Federal and state laws prohibit the misappropriation of trade secrets by departing employees or their new employers. Trade secret protection can extend to a broad range of information, such as formulations, customer identities and contacts, purchase histories, pricing, technical specifications, and research and development information. Perhaps the most readily acknowledged trade secret is the formula for Coca-Cola, which its owner has kept secret for over a century. Like the formula for Coke, a company’s trade secrets may be core to its business and among its most valuable assets.

To illustrate the secrecy requirement, consider the case of Michael Bolsinger, the former Toronto Blue Jays pitcher who claimed that the Houston Astros misappropriated his trade secrets by “stealing signs” during a game, allegedly leading to a poor pitching performance and lost career opportunities. That suit was short-lived because the court ruled that a catcher’s pitch signal during a game can be observed by anyone and is therefore not protectable as a secret.

It is critical to understand that materials that would otherwise be protectable as trade secrets can lose that protection in the absence of reasonable measures to maintain secrecy. The secrecy of a customer list may be questioned if it is essentially identical to a publicly available professional listing. Likewise, efforts to maintain the confidentiality of pricing information may impact whether such information qualifies for trade secret protection. Measures to maintain secrecy include the use of nondisclosure agreements, password protection and other limitations to only grant access to individuals within the organization who need it. For example, consider whether the company’s sales staff needs to have access to the engineering team’s trade secrets, and whether the engineers need access to the sales staff’s pricing information or incentives for particular customers.

Of course, protecting a trade secret requires full awareness of the secret’s metes and bounds in the first place. To that end, it may be worthwhile to catalog the organization’s trade secrets. The exercise of doing so will facilitate mindfulness of what requires protection, which in turn will support efforts to develop procedures to maintain secrecy. In the event that such information is misappropriated, having a firm grasp of the secrets at issue will also facilitate efforts to seek legal assistance.

Like many successful corporate endeavors, preventing misappropriation starts at the top. Clear policies and endorsements of leadership must be coupled with agreements and trainings that reinforce the importance of protecting trade secrets. Such efforts should include training during employee on-boarding as well as reminders of confidentiality requirements when employees depart.

Elevating the risk in the current labor market, departing employees are a leading cause of trade secret misappropriation. Especially if the departing employee is known to be joining a competitor, the employer should remind them during the exit process about obligations not to misappropriate trade secrets, and seek representations that the employee is not taking any such materials. Under the adage of “trust but verify,” companies should invest in information technology systems that generate an alert when an employee downloads an unusual amount of materials from the company’s systems. Rather than immediately deleting a departing employee’s server space or recycling a company-issued laptop, that space and device should be preserved for a time in the event that misappropriation is not detected until after separation.

Companies hiring workers from competing firms should also be mindful of trade secret risks. Just as companies should scrutinize departing employees to prevent loss of trade secrets, they should also examine new hires to confirm that they are not bringing pricing data, customer information or other potential trade secrets from their former employer. A signed acknowledgment to this effect can go a long way toward convincing a court that an employee was not hired as part of an effort to misappropriate trade secrets.

Perhaps the most powerful aspect of trade secret law is that its protections exist independent of any non-competition agreement or other contract. So long as companies abide the above considerations, federal and state trade secret laws remain available to employers.

To illustrate these concepts with some real-life examples, there are many cases in which former employers alleged that the departing employee (and potentially the new employer) misappropriated their trade secrets. In one case, the departing sales employee of a specialty product manufacturer left little doubt that he downloaded customer names and pricing information on his way to employment with a competitor. However, there was an issue as to whether the customer identities warranted trade secret status because the customer base was essentially equivalent to the publicly available membership rosters of trade associations that served the niche industry in question. Similarly, the pricing arguably did not qualify for trade secret protection because there was no expectation that the customers would maintain confidentiality of such information—indeed, customers frequently share this information to pit competing sellers against each other.

In another case, the departing employee downloaded thousands of files before and after giving notice to his employer. The former employer did not assert misappropriation for several weeks, largely because it did not immediately discover the download activity, a delay that may have been exacerbated by the fact that the employee was a remote worker. The delay made it difficult to prove trade secret status of the misappropriated information because the former employer had arguably not taken reasonable measures to protect confidentiality with systems designed to prevent and flag potential misappropriation.

As companies continue to navigate the challenges and disruptions of the pandemic and the high turnover rates of the Great Resignation, it is critical to safeguard the valuable information at the heart of their business and take steps to ensure employee separation does not expose trade secrets.

Eric E. Reed is a partner at Fox Rothschild LLP in Philadelphia.


Brian A. Berkley is a partner at Fox Rothschild LLP in Philadelphia.