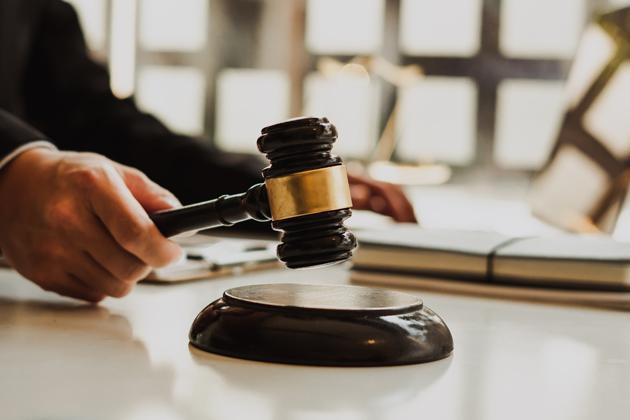 According to a recent court decision, the California Insurance Fraud Protection Act (IFPA) did not prohibit subsequent lawsuits against the same defendant doctor when the actions involve different victim pools or schemes of fraudulent activity.

Allstate Insurance Company had also filed a lawsuit against Dr. Rubin a month prior to the State Farm claim, but in that action only fraud in regard to the epidural steroid injections was alleged. MRI discrepancies were not mentioned. The Allstate claim was also more narrow in scope in that it only alleged fraud levied against Allstate and did not extend its accusations to include fraud against other insurers. Neither the district attorney or the insurance commissioner decided to intervene in either case.

The trial court sustained defendant’s objection as to State Farm’s complaint and determined that it was invalid under the IFPA’s first-to-file rule as it alleged the same fraud as that in the Allstate complaint. State Farm appealed asserting that their allegations against Dr. Rubin were distinct from those put forward by Allstate

The IFPA and the First-To-File-Rule

The IFPA was initially passed to protect and police fraudulent workers compensation claims, and later extended to include the prevention, identification, investigation and prosecution of insurance fraud. As part of this crusade to fight insurance fraud, the IFPA allows interested parties to file a qui tam action on behalf of the government against those who have allegedly committed fraud.

In a qui tam action, a private party referred to as a “relator” files a complaint on behalf of the government. The government, not the relator, is considered the real party in interest. If the court finds in favor of the government, however, the relator receives a bounty or portion of the damages awarded by the court. Penalties are assessed for each fraudulent claim that is alleged. The relator’s complaint must be served on both the district attorney and the insurance commissioner who have 60 days to determine whether or not it will intervene and proceed with the lawsuit. If the government refuses to proceed, the relator may still continue with the action and potentially recover 40% to 50% of the award by the court.

The policy behind the IFPA is to encourage private citizens to expose potential insurance fraud and aid the government in finding and putting a stop to these violations. IFPA penalties are meant to be remedial rather than punitive. As part of the IFPA’s provisions, there is a bar on lawsuits that address the same fraud.

The IFPA’s first-to-file rule "prevents a party from bringing an action that is related to an already pending lawsuit." A related action under the statute involves the same facts and defendants, but does not have to be identical. Even if the subsequent case details additional facts, it may still be barred. As this is the only California case interpreting the first-to-file rule of the IFPA, the court looked to federal cases similarly situated under the federal False Claims Act (FCA) to determine the proper ruling in this case.

The Federal Claims Act and the First-To-File Rule

The FCA shares a similar design and purpose to that of California’s IFPA in that they both target insurance fraud and seek to empower individual citizens to assist the government in weeding it out,

In regard to the FCA, all circuit courts who have interpreted its first-to-file rule apply the same test. A subsequent action will be barred if it contains the same material elements of fraud as those in an earlier action, even if the complaints contain different details regarding the fraud or scheme in place by the defendant. The court examines both complaints and if it finds that the first complaint filed contains enough information for the government to launch an investigation of potential fraud and prosecute such wrongdoing, then the purpose of the statute is satisfied. Any subsequent suit, even if it add additional details, is not necessary because the government is already on notice of the fraud. Still, it is not enough that the complaints be loosely related. The first-to-file rule will not bar a subsequent suit if the two complaints reveal different frauds with different mechanisms or schemes.

Incorporation of the FCA into the IFPA Analysis

In the current case, the court adopted a standard reflecting the FCA while still acknowledging the significant differences between the two statutes. Although their purposes are similar, the victims are not. In a FCA claim, the only possible victim is the government. In an IFPA claim, the victims can be multiple including several different insurers, or other victims. With IFPA a subsequent suit may also be allowed even if it has similar facts to the original lawsuit if the victim pools are different for each.

Under the IFPA first-to-file-rule the court must consider whether the two lawsuits contain distinctly different victim pools, and allege similar facts indicating the same fraud. When two IFPA lawsuits share the same alleged fraud and victim pools, the second case adds no additional assistance to the government and does not further the purpose underlying the statute or the allowance of qui tam actions.

Using the FCA as a model, the court considered whether State Farm’s subsequent lawsuit revealed facts of a fraudulent scheme by Dr. Rubin that the government was not already adequately prepared to investigate based on Allstate’s action. The court examined Allstate’s complaint to see if it contained a sufficient amount of material facts and found that Allstate’s complaint did in fact adequately inform the government of fraud being perpetrated by Dr. Rubin against insurers.

Both complaints identify the same time frame and fraudulent scheme that Dr. Rubin utilized in inflating bills relating to epidural steroid injections. Both also reveal facts relating to fraud committed in regard to unbundling CPT codes, double billing and billing for services that were not rendered. Although the details of each complaint are different, the gist of these allegations of fraud were similar enough to put the government on notice of this alleged violation.

In contrast, the complaints were sufficiently different in regard to State Farm’s allegations involving Dr. Rubin’s false MRI interpretations. These were largely billed as an independent service and are different allegations than anything addressed in the Allstate complaint.

Due to the fact that unlike the FCA, the IFPA allows for multiple victims rather than only the government, State Farm has a right to seek penalties for victims not included in the Allstate case even though the fraud and facts alleged are sufficiently similar. The first-to-file rule only prohibited State Farm from pursuing penalties for the fraud claims relating to the epidural steroid injections that were presented by the defendant to Allstate. State Farm may still assert its claims for fraudulent claims that were presented to State Farm as well as other insurers for epidural injections. The portion of State Farm’s complaint dealing with MRI interpretations may also be pursued independently by State Farm and penalties sought for that particular fraud as those facts are sufficiently unique and involve different incidents and claims as well as potentially different victims.

The judgment of the trial court was reversed and on remand the court instructed the court to overrule the defendant's objection.