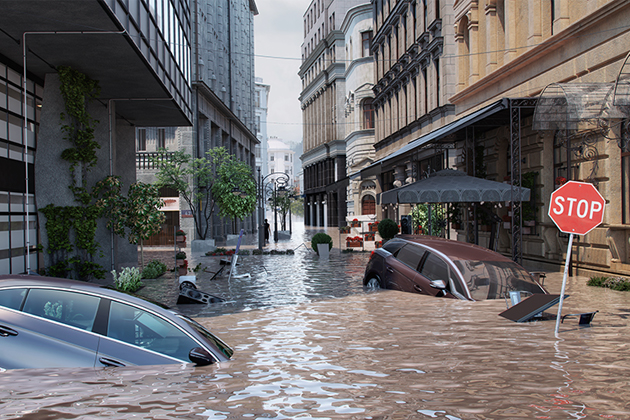 It is no secret that climate change is having a serious impact on the insurance market, affecting industry participants from the level of primary insurance all the way up to insurance-linked securities (ILS) and retrocessional reinsurance. With severe catastrophe events increasing in both frequency and severity as global temperatures and sea levels rise, industry participants have faced rapidly increasing exposure to severe catastrophe losses. For instance, one Moody’s study found that more than 70% of global insured wildfire losses between 1980 and 2018 occurred between 2016 and 2018 alone.

This dramatic increase in catastrophe risks poses challenges for every level of the insurance industry. For buyers of primary insurance, the changing nature of catastrophe risks results in increased premium rates from insurers who face not only increased insured losses, but also increased loss adjustment expenses tied to more frequent coverage disputes. Moreover, the changing profile of risks posed by severe catastrophe events has challenged industry participants’ ability to accurately assess their downside exposure in retrocessional reinsurance and ILS transactions. As a result, returns on those lines of business, once relatively stable and predictable, have experienced increasing volatility. This volatility has been magnified by legal tactics employed by industry participants in the face of previously unprecedented losses from catastrophe events. These changing risks, increased volatility and increased reinsurance demand will result in increased costs for reinsurance buyers.

The most infamous example of legal volatility for the retrocessional reinsurance and ILS industries is Hurricane Irma. In September 2017, Irma initially caused major insured losses of the sort expected when a Category 4 hurricane makes landfall. It also caused substantial insured losses over an unusually long period resulting from quirks of Florida insurance law. Due to incentives created by Florida regulations in place in 2017, home repair contractors frequently went door-to-door offering to assess homeowners’ damage from Irma. When they found damage (even if minor), contractors often sought to obtain an “assignment of benefits” from the homeowner, allowing the contractor to directly receive insurance claim payments to cover their repairs—even where the damage assessed by the door-to-door contractors was more significant than the damage assessment by the insurers’ own contractors. While insurers sometimes brought lawsuits to challenge excessive claims by assignees, many insurers paid the claims without dispute, based on a calculation that disputing the assessed damage would cost more than simply paying the claim.

As a result of significant insurance claims pursuant to assignments of benefits, insured losses for Irma experienced substantial increases, or “creep,” in the years after the catastrophe itself, rising from an estimated total of $11.1 billion in November 2018 to an estimated total of over $20.6 billion by November 2020. A significant proportion of this “loss creep” from Irma was ultimately paid by retrocessional reinsurers and ILS participants.

Irma’s unexpected loss creep was a unique situation resulting from Florida’s regulatory scheme at the time (which has since been reformed). Legal risks and volatility in retrocessional reinsurance and ILS transactions are nevertheless likely to continue to increase, as parties invoke seldom-used contractual mechanisms to attempt to limit their liability—or gain a windfall.  In several legal disputes, for example, parties to ILS transactions have sought to replace agreed-upon benchmarks for catastrophe loss estimates in an attempt to trigger a counterparty’s payment obligation and reap substantial gains.

Managing unexpected losses (both natural and legal) from catastrophe events requires industry participants to reevaluate their strategy for assessing risk. On one hand, this requires a critical look at underlying assumptions and strategies for pricing loss exposures. For example, while retrocessional reinsurers previously assumed that catastrophe risks could be reduced through global diversification, climate change has challenged this view as more frequent catastrophe events affect many geographic areas in short periods of time. Studies indicate that the accuracy of catastrophe modeling firms’ prediction of industry-wide losses has deteriorated in recent years, and more conservative pricing strategies may therefore be necessary to avoid loss exposure beyond what a retrocessional reinsurer or ILS participant is prepared to accept. And the changing catastrophe risks resulting from climate change do not only affect industry participants at the reinsurance and ILS level—they can also have a significant impact on buyers of primary insurance, who face increased premium rates from insurers seeking to ensure that they have adequate reserves to account for more frequent catastrophe losses and increased claims processing expenses (including litigation costs) arising from loss creep.

Beyond pricing, retrocessional reinsurers and ILS participants should take extreme care in drafting their transactional agreements, with the expectation that their counterparties will seek to use every available contractual and legal mechanism to minimize their liability and maximize their gains from catastrophe losses that are soaring to previously unprecedented levels. In such situations, the clarity and specificity of the parties’ contractual language can make all the difference.

In one example, we represented a client in a dispute that ended up in court after significant loss creep from Typhoon Jebi resulted in insured losses that were significantly higher than initially expected after the catastrophe. As losses began to approach the contractual trigger for payment of hundreds of millions of dollars under the ILS contract, our client’s counterparty sought to replace the agreed-upon loss report publisher with an alternative publisher whose loss estimate for Jebi was significantly higher. Because the parties disagreed on whether such a maneuver was permitted by the contract, the dispute ended up in litigation, destined for resolution by a court with limited experience regarding ILS contracts and industry expectations and norms. The lawsuit was ultimately resolved out of court.

However, as the risk of frequent, severe, and unpredictable catastrophe events increases as a result of climate change, so too does the risk of disputes between ILS counterparties and other catastrophe reinsurance businesses over the substantial payments that can be triggered by catastrophe losses. Given the amount of money on the line in retrocessional reinsurance and ILS transactions, parties are often unwilling to back down without a fight, increasing the risk of being drawn into costly and unpredictable litigation to determine their respective obligations in this quickly changing environment.

This is far from an ideal situation—even for the most sophisticated courts, issues concerning the meaning of ILS contracts and the retrocessional reinsurance industry generally are complex and often unfamiliar, leading to additional uncertainty for parties that end up having to litigate these issues. When a dispute regarding parties’ rights under retrocessional reinsurance or ILS contracts does arise, it is essential for parties to recognize that their success will depend on their ability to educate and persuade a court regarding infrequently litigated issues.

Sean Baldwin is a partner at Selendy Gay Elsberg PLLC and has successfully litigated and arbitrated matters involving complex financial products, securities, insurance, antitrust and trademark licensing disputes. He has broad expertise counseling insurers and reinsurers on liability issues and other claims stemming from climate change.


David Coon is an associate at Selendy Gay Elsberg PLLC with experience in complex commercial litigation, appeals, and regulatory and enforcement investigations.