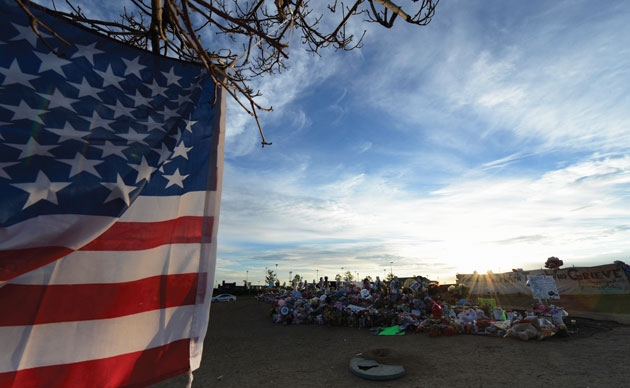 As disasters go, mass shootings fill a unique niche and pose unique challenges. No place of education, refuge, entertainment, worship, employment or relaxation is immune. Unlike fires, hurricanes, tornadoes, floods, chemical releases or terrorism, they rarely result in substantial property damage. The shooting event itself usually lasts only minutes, and once the crime scene has been secured and investigated, there is usually no physical reason that a business could not immediately reopen its doors. There are often other, very real reasons it does not, however.

With the current cultural focus on shootings and gun control, it is now almost certain that any act of gun violence perpetrated in a public place with multiple victims will receive national (and sometimes international) media attention. As headlines grow and become permanent on the internet, what once may have been a personal tragedy for those close to the victims has become a very real threat to the future of an affected company or organization. For a retail or service business that relies on public foot traffic, an internet search profile that turns up references to a mass shooting rather than the company’s website could mean the end of the business itself.

Shootings at the Spa and Cinema

Two shootings illustrate an important concept of post-disaster recovery: no two disasters—and no two recoveries—are the same. Both the Brookfield spa and the Aurora movie theater tragedies involved a gunman killing multiple victims on the premises. Both received national media attention.

The Azana spa reopened after six weeks. The entire Aurora multiplex remained closed for six months, however. While downtime for any business can pose a tremendous financial burden, depending on insurance coverage, in most cases the more significant risk from being closed for any length of time is that once-loyal customers will take their business elsewhere. It is largely for this reason that the Federal Emergency Management Agency (FEMA) estimates that 75% of companies without well-conceived and tested business continuity plans will go out of business within three years of being affected by a major disaster.

The reopening of the Azana Salon and Spa received uniformly positive and hopeful coverage from the local media. The Milwaukee Journal Sentinel, for example, highlighted the successful fundraisers that had been held for the victims of the shooting, the resilience of the business, the determination of its owner and the salon’s tasteful memorial to the victims. Words used or quoted in the story describing the spa’s reopening include: “newly remodeled and redecorated,” “warm and homey” and “gorgeous.” The local NBC affiliate’s coverage was titled “Healing at the Spa” and noted that the salon was reportedly “nearly fully booked” and “even welcomed some new customers.”

Conversely, the Aurora movie theater reopened to some controversy. The opening received national media coverage that typically mentioned a brief memorial ceremony, but also described the anger felt by some of the victims and their families against the theater’s owner. The New York Times described the “road to reopening” as “painful and divisive,” noting that “some families touched by the massacre thought it was too soon, or simply insensitive, to once again screen shoot-’em-up blockbusters and sell expensive snacks in a building where their loved ones had been killed.” USA Today’s coverage featured multiple family members of victims who expressed their displeasure with the theater’s actions since the shooting. “There’s been no condolence letter, no reaching out, no apologies, then...we get this invitation to attend a reopening of a killing field,” said one grieving father. Both papers mentioned that several lawsuits had been filed against Cinemark Holdings (the owner of the theater), alleging negligence that contributed to the shooting’s terrible consequences.

The owners of these two affected companies followed starkly different strategies in the aftermath of their respective tragedies, especially in terms of their community relations efforts. Tim Warner, president and CEO of Cinemark, answered a few questions on camera and traveled to Aurora shortly after the shooting, reportedly to provide support to the victims and community. However, apart from speaking at the theater reopening ceremony six months later, Warner provided very few other public statements or interactions with the media or those personally affected by the shooting. This reported lack of communication was a prime complaint of several victims’ family members.

According to the New York Times, one victim’s parent reported that Cinemark did not send her any direct communications until she received an invitation in the mail to attend the theater reopening. Another parent reported to USA Today that he had tried to reach out to Cinemark himself, but that “they’ve shown no interest in speaking to any of us—no compassion for the families who lost someone. They’ve been very, very insensitive.” Multiple news outlets also indicated in their coverage that they had reached out to Cinemark for interviews and comments on their reporting with no response. (Messages sent to Cinemark for this article were not returned.)

Tami Gemmell, owner of the Azana Salon and Spa, while being selective and very intentional about the times and places of her public statements and interviews, maintained a strong presence in the media and the community. The shooting at the Azana Spa occurred during the late morning of October 21, 2012. Within hours, the official Facebook profile for the spa issued the following message: “ATTENTION AZANA EMPLOYEES please do not speak to the media, it is so important that things get figured out and settled first. THANK YOU so much to everyone for your thoughts and especially your prayers. Please continue to pray for all of those involved.” From the very first day, Gemmell recognized the importance of achieving and maintaining control over the spa’s message. She utilized social media to communicate with employees, customers, and the broader community throughout the post-disaster period.

Two days after the shooting, Gemmell organized a private meeting with her employees to maintain direct communication with them, one of the most often-overlooked components of crisis communications and disaster planning and response. Without its key employees, a business can fail just as easily as if it loses its key customers; Gemmell would later announce that she paid her employees throughout the period the spa was closed, contributing to the eventual result that the vast majority of her employees returned when the spa reopened. After the employee meeting, she issued a brief statement mourning the loss of the women who were killed in the shooting while refusing to take questions from the press, an action that again helped her maintain control over the media’s coverage. That same day, Gemmell established the Azana Victims Fund at a local bank and once again communicated this information to the public via the spa’s Facebook page.

At this point in the post-disaster recovery, the two companies’ strategies diverged even further. Cinemark’s Warner was quick in his few initial comments to state that “this is just an isolated, deranged gunman” and that “I do feel this was an isolated incident.” This was a theme he would re-emphasize during his remarks at the theater’s reopening, when he called the shooting “a single terrible act of random, unpredictable violence.”

As opposed to the Cinemark strategy of attempting to dismiss the Aurora shooting as an unforeseeable event, Gemmell chose to publicly link the Azana Spa shooting to the broader social issue of domestic violence. (It was public knowledge shortly after the shooting that the gunman was the husband of one of the victims and had recently been served with a restraining order after slashing his wife’s tires.) Within less than a week of the attack, Gemmell announced the formation of a purple-ribbon fundraising effort in conjunction with the national “Cut It Out” campaign against domestic violence in the salon industry. The spa would later be featured in an issue of Cosmopolitan magazine for its efforts in this campaign, again achieving positive national media attention.

Whereas the Azana Spa tragedy became a rallying cry for a supportive local community and a fixture in a national movement, the owner of the Aurora theater attempted to turn the shooting into something to forget. Cinemark remodeled and renamed the theater, choosing not to establish any kind of permanent memorial in the process. While the Azana Spa was also remodeled, in the place of one of the victims’ former workstations there is now a table with three flowers and a candle in memory of the employees who lost their lives. This visual dedication serves as a daily reminder of the tragedy to employees as well as customers, but it also connects those visiting the spa to a larger cause.

Only time will tell how each of these post-disaster strategies will affect each respective business over the long term. In the meantime, it is important to consider why each business took the actions it did. Although at first glance, one might think that the larger scale of the Aurora movie theater shooting would require a much more expansive community relations effort than the Azana Spa shooting, this is not automatically the case.

Cinemark is reportedly the third-largest movie theater chain in the United States, with nearly 300 theaters domestically as well as a major international presence. Although the shooting at its Aurora theater was a tragedy, it was not likely to pose a significant risk to Cinemark as a whole; even if that particular theater never reopened, Cinemark’s stability and financial strength would not have been affected. It is likely that in the view of company management at the time, the greatest perceived risk to the company was the set of lawsuits from victims and their family members stemming from the event. This could explain the company’s near-complete silence in the weeks and months following the shooting.

At the other extreme, Azana Salon and Spa is a single-location company based largely on maintaining relationships with a steady clientele. The spa’s stated goal is to provide “pure luxury,” offering services such as a “relaxation room designed to awaken the senses while renewing the spirit,” as well as “massage therapy rooms...designed to melt your troubles away and leave you refreshed and rejuvenated.”

In the immediate aftermath of a shooting that left three women (plus the gunman) dead on the premises, as well as four others injured, it was hard to imagine that the spa’s customers would ever return to the site of such horror for the purposes of relaxation. By controlling the message and managing the media, linking the tragedy to a broader social issue and making it into a cause for the community, and keeping the majority of her employees, Gemmell’s excellent management appears to have achieved something that initially appeared impossible: making her business even stronger in the aftermath of a true disaster.

More and more businesses and other organizations are coming to realize that “risk management” is simply management—we can no longer afford to differentiate between the two concepts. In that perspective, disaster planning and recovery are not isolated functions, but must instead be core features of strategic decision-making at the highest levels of a successful organization. In the post-disaster recovery stage, management must base its actions on an informed understanding of the unique nature of the disaster itself, as well as the unique position of the organization within that disaster context.
Will Kramer, CSP, CPCU, ARM-E, ARM-P, is an independent risk management consultant and freelance writer.