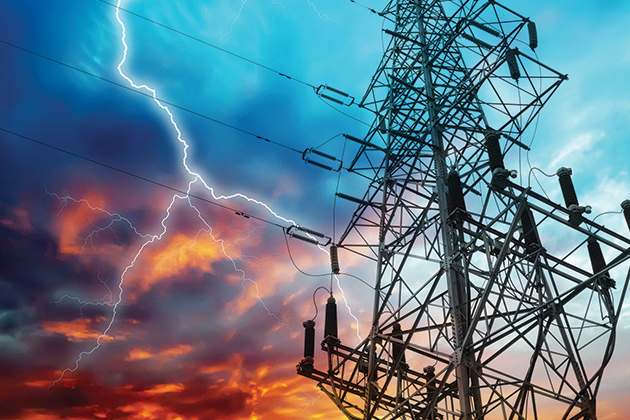 In 2013, 23 deaths were caused by lightning in the United States, according to the National Oceanic and Atmospheric Administration (NOAA). The Insurance Information Institute (III) also reported that insurers paid $673.5 million in claims to more than 114,000 policyholders.

As dramatic as these numbers may seem, however, they were well below average. Every year in the United States, some 51 people are killed by lightning and hundreds more are severely injured. Insured losses in 2013 were the lowest in a decade, down more than 30% from almost $1 billion paid out in 2012.

Much of this decline can by attributed to the dry weather that persisted throughout the western half of the country in 2013, which resulted in fewer thunderstorms. The increased use of lightning protection systems and better awareness of lightning safety also continue to play a role in reducing the damage, according to the III.

As of July 12, NOAA had reported 12 lightning-related fatalities in the United States this year. It is too early to tell if this will be another mild season, however, since strikes are more frequent in the summer months. Although lightning strikes can happen throughout the country, more fatalities (four) have occurred in Florida than any other state so far this year. In fact, Florida is considered the "lightning capital" of the United States, with more than 2,000 injuries over the past 50 years, according to the Centers for Disease Control (CDC).

Most lightning strike victims were outdoors when they were hit, which is why organizations need to protect their high-risk outdoor employees. The CDC advises that companies follow daily weather forecasts and be on the lookout for signs of potential lightning, such as high winds, dark clouds and distant thunder or lightning. Workers need to be aware of any threats and, if necessary, take cover in a building or metal-topped vehicle with the windows closed. They should avoid tall structures such as rooftops, scaffolding, utility poles and trees, as well as large equipment like bulldozers and cranes. The CDC noted that anyone struck by lightning does not carry an electrical charge and is not a danger to others.

Aside from injuries and fatalities, from direct hits, another concern with lightning strikes is fire. The National Fire Protection Association reported that local fire departments responded to some 22,600 fires started by lightning each year between 2007 and 2011. One of the country's deadliest lightning-related fires occurred in Sago, W. Va., in January 2006 when a lightning strike followed a cable into a coal mine, setting off a methane gas explosion that killed 12 workers.

To protect property and prevent losses, the Insurance Institute for Business & Home Safety (IBHS) recommends that both home and business owners install a surge protector for the entire structure. IBHS cautions that the protector needs to have been tested to meet the proper standards and should be installed by a power company or a licensed electrician.

P&C Premiums Projected to Double by 2040