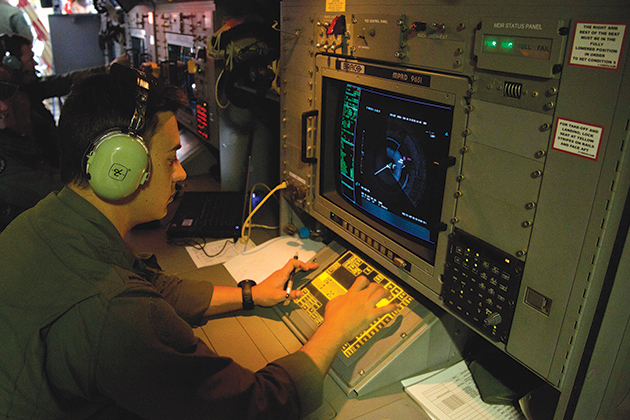 When Captain Sean Cassidy flies planes for Alaska Airlines-a job he frequently performs over Alaska's hard-to-navigate terrain-he has the benefit of satellite-based tracking technology to monitor flight data and assist with safer take-offs and landings.

"Satellite-based systems allow for more precise approaches in and out of airports and drive up the level of safety," said Cassidy, who is also first vice president and national safety coordinator for the Air Line Pilots Association, an organization that has long supported satellite-based flight tracking.

According to Cassidy, there are multiple benefits to using satellite-based tracking technology, including significant fuel savings from more precise navigation. "Satellite-based navigation systems with real-time data allow planes to fly closer together and allows airlines to save on fuel," he said. It also allows for a more constant descent rate, which means smoother and faster landings and notable reduction in a plane's noise signature.

Some observers say that comprehensive satellite-tracking capability should have been in place for the sake of the 239 people aboard Malaysia Airlines Flight 370, both for safety reasons and, ultimately, to assist in location efforts after the plane disappeared. But the world's air traffic control and monitoring network currently relies almost entirely on radar technology.

The reason for this is simple: there are no broad aviation industry requirements for airlines to use satellite tracking technology, though some mandates exist for specific, highly trafficked routes, such as over parts of the Atlantic Ocean.

In the aftermath of Flight 370's mysterious disappearance, however, aviation industry attention has turned to the implementation of better tracking technology. "It would be fair to say that the industry is being shamed into action," said Robert Mann, an aviation analyst at R.W. Mann & Co. Even in this digital age, the industry continues to launch more long-distance flights over water with what amounts to 1950s-era flight tracking technology, like radar and shortwave and high-frequency radio, rather than modern satellite tracking. The limitations of these traditional methods can be problematic. Radar technology, for example, fades once an aircraft is more than 150 miles out to sea.

There are several reasons for this state of affairs, Mann said, most notably the additional cost of equipping airplanes and traffic control centers with the latest tools. "The airline industry is not yet convinced that there are economic benefits to satellite technology," he said, estimating that it would cost the airlines about $20 a day for a plane to broadcast its precise location once per minute.

Slow action from government agencies also delays upgrades. Further complicating the process, multiple companies and government entities must find ways to work together to establish standards for greater tracking capabilities, and it is unclear what group would have global oversight long-term. With little consumer interest or demand and no assessment of the potential benefits for industry participants, there has not been sufficient impetus to act.

In the aircraft industry, many planes are not actually owned by airlines but are supplied by leasing firms that have a vested interest in the performance of their asset. "Why don't they demand real-time tracking in these long-hull, wide-body aircraft flying over water in the same way engine manufacturers such as Boeing and Rolls Royce mandate reporting for their own interests?" Mann asked.

Change is further stalled by the positive overall safety record of the airline industry and the low probability of events such as the loss or mysterious disappearance of an airplane. "Why would you change anything in response to a low-probability event?" Mann said.

"This is an incredibly safe industry and gets safer every year," said Richard Aboulafia, an aerospace analyst at Teal Group in Fairfax, Va., who believes that aviation may be the safest form of human transportation. Indeed, according to an aviation risk management analysis conducted in 2013 by MIT statistics professor Arnold Barnett, the worldwide risk of death for air travelers is one in 5.5 million flights, and the risk of death for air travelers in the United States is one in 45 million flights. The Aviation Safety Network found that, since 1948, only 28 passenger planes have gone missing and never been discoverd.

Aboulafia noted that, in addition to the safety measures and procedures already in place, the U.S. aviation industry has been moving toward the use of better tracking technology under the Federal Aviation Administration's (FAA) NextGen program. This program requires land-based navigation systems to be replaced with satellite-based navigation systems by 2020. A similar mandate is scheduled for implementation in Europe by 2015 under the European Aviation Safety Agency (EASA). However, the NextGen conversion and its capability will not solve the issue of tracking planes over oceans or other remote regions.

Some carriers have already begun testing or implementing the NextGen program, albeit on a limited or trial basis, including United Airlines at Newark Airport,  U.S. Airways in Philadelphia  and Jet Blue Airlines at JFK Airport in New York. United has also started to use the technology on select flights over the Pacific. In the aftermath of Flight 370, India's aviation ministry has ordered its airlines to begin tracking all planes using satellite-tracking technology or other types of signals. In Canada, First Air said it plans to stream all flight data from planes that fly to remote areas of the Arctic.

After Flight 370's disappearance, a host of industry groups have initiated efforts to speed the introduction of satellite tracking on a global basis and, in turn, improve overall risk management in aviation.

The UN's International Civil Aviation Organization (ICAO) held a special meeting in May with aviation industry regulators from 40 countries on the subject of global flight tracking. The ICAO pledged to work with other groups, such as the International Air Transport Association (IATA), to formulate performance-based international standards to track flights. It will also provide guidance on how, when and with whom the new tracking data should be shared. The group hopes to have rules in place within two years.

The IATA, which represents more than 200 airlines worldwide, is also setting up a special task force on real-time, satellite-based tracking and held a meeting in June to discuss its implementation. The organization said it will review offerings from more than 30 technology providers before submitting a draft report of its initial findings to the ICAO in September. While the recommendations will be non-binding, they will be incorporated into the safety audit process.

The International Telecom-munications Union (ITU), a branch of the United Nations that coordinates the use of the global radio frequency spectrum, met with Malaysian officials in late May to discuss real-time monitoring of all flight data. Companies such as Boeing and Malaysia Airlines participated, along with technology providers Inmarsat, Intelsat and Rolls-Royce. "This event will serve to accelerate ongoing efforts to achieve consensus on real-time tracking solutions for the aviation industry," ITU Secretary-General Hamadoun Toure said at the time.

Nevertheless, uncertainty remains about how all this talk will play out. Discussions about better flight tracking also heated up after an Air France plane crashed into the Atlantic in 2009, but no changes followed. Some analysts blamed the sheer number of agencies and companies that need to be part of the decision process. Others questioned the utility of shifting to satellite-based tracking technology in the first place.

In an interview with Arabian Business magazine in June, Emirates Airline CEO Tim Clark said that, in the aftermath of the disappearance of Flight 370, the aviation industry is being pressured to introduce new technology at a time when existing devices work sufficiently. He believes the critical issue is ensuring that no one is able to tamper with or turn off existing monitoring devices. "You don't have to have another satellite," Clark said. "You don't have to have additional hardware on board the plane." Instead, he believes the solution for the industry is to refit existing equipment so that communications cannot be disabled in flight and planes can be tracked over water with an autonomous, uninterruptable communications system.

Not everyone is convinced that status quo is the answer. "We cannot simply sit on our hands and do things the way we did yesterday if we want to maintain levels of safety while dealing with the increase in flight volume," Cassidy said. As a result, many are confident that a shift to more comprehensive satellite communications is on the way, although it will take time. "In this industry, safety has always been a slow walk," Mann said. "For now, better tracking is a work in progress and will be for quite awhile."
Katherine Heires is a freelance business journalist and founder of MediaKat LLC.