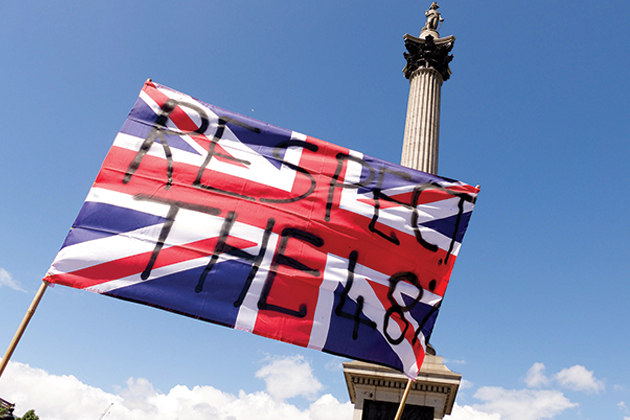 The United Kingdom’s relationship with the European Union may have sometimes been a fractious one, but the decision by 52% of its voters to leave the world’s biggest single market was an outcome that many experts and businesses did not expect.

Once the U.K. has formally left the EU, U.K.-based companies will no longer enjoy the right to the free movement of goods, capital, services and people across 27 countries. It also means that foreign companies with subsidiaries or operations in the U.K. will not enjoy automatic, free access to a market of more than 400 million people just 20 miles away across the English Channel. Furthermore, the British government will need to renegotiate new treaties, unless a compromise agreement can be thrashed out.

A month before the June 23 referendum, the 100 Group, which represents finance directors from the U.K.’s biggest companies, conducted a survey that found that not one of its members supported a British exit—or “Brexit”—from the EU. This view was echoed by Carolyn Fairbairn, director-general of the U.K.’s leading pro-business lobby group, the Confederation of British Industry (CBI). “The decision to leave the EU is not one that business would have chosen to take,” she said. “We know that the majority of our members wanted to stay in.”

While companies did not have a say at the ballot box, they can vote with their feet. Mobile phone operator Vodafone and financial services firms Goldman Sachs and JPMorgan have already said they are considering either relocating all or parts of their business out of the U.K., while German engineering firm Siemens has put its planned wind power investment on hold. And some executives have been openly critical of the decision, including Nikolaus von Bomhard, CEO of Munich Re. “The U.K.’s dream of independence will turn into a nightmare,” he said. “Nostalgia has trumped reason.”

Unsurprisingly, following the referendum result, investor confidence in the U.K.’s economy and currency have taken a dive: sterling has tanked to a 31-year low against the U.S. dollar and the country’s stock markets have plunged, while on July 4—less than two weeks after the vote—the Bank of England warned that there is evidence that risks related to Brexit “have begun to crystallize,” adding that “the current outlook for U.K. financial stability is challenging.”

Furthermore, credit rating agencies S&P, Moody’s and Fitch have all downgraded the U.K. in the belief that growth targets will be unachievable due to reduced foreign direct investment (particularly from the EU, the U.K.’s biggest trading partner), as well as fears of a possible break-up of the U.K. if Scotland is able to secure EU membership following another potential referendum.

U.K. business confidence has also fallen sharply. In the week running up to the referendum, 25% of businesses surveyed by YouGov and the Centre for Economics and Business Research reported feeling pessimistic about the U.K. economy. In the week after the Brexit vote, that figure jumped to 49%.

As a way to calm investors and boost foreign direct investment, then-Chancellor of the Exchequer George Osborne put forward a proposal to cut corporate tax from 20% to 15%. Nigel Driffield, professor of strategy and international business at Warwick Business School, warned, however, that “such a move risks antagonizing the EU countries with whom we may be negotiating over Brexit,” especially as leading member states such as France and Germany have been working to harmonize EU tax rules.

The fallout among the country’s political parties is also doing little to alleviate investor concerns. Opposition Labour leader Jeremy Corbyn has refused to step down despite a vote of no-confidence from his party’s Members of Parliament (MPs), and the architects of the Leave campaign have effectively deserted their own movement—Boris Johnson, MP, declined to stand as Tory leader following Prime Minister David Cameron’s resignation and was later named Secretary of State for Foreign and Commonwealth Affairs by newly-appointed Prime Minister Theresa May, while Nigel Farage relinquished his role as head of the U.K. Independence Party.

Business leaders have called for greater certainty about how Brexit will work in practice. At the beginning of July, the U.K.’s five biggest employer organizations—the CBI, the British Chambers of Commerce, the Federation of Small Businesses, the Institute of Directors, and the manufacturers’ organization EEF—published an open letter calling for the U.K. government to ensure the preservation of an open economy and to protect tariff and barrier-free access to the single market, clarify the status of EU citizens living in the U.K. so that companies can still attract global talent, and progress long-planned infrastructure projects.

No one knows how a member state is meant to exit the EU, however. There is no precedent to follow and it remains unclear how EU laws and financial regulation can be retained and/or unpacked from the U.K.’s legal framework. With the Eurozone also reeling from the Brexit vote, the European Commission, the EU’s executive body, wants the U.K. to trigger its release under Article 50 of the Lisbon Treaty as soon as possible. Once Article 50 is invoked, Brexit is expected to be completed within two years. But the remaining 27 EU members need to approve the plan and few expect the separation to go smoothly or quickly. In fact, some legal commentators suggest the process could take up to a decade.

Various models have been proposed for how the U.K. might manage its relationship with the EU. The country could follow the route taken by Norway and become a member of the European Economic Area and the European Free Trade Association. This would enable the U.K. to trade freely throughout the bloc, but not have any binding say on future trade or financial regulations.

Another option is to adopt bilateral agreements like Switzerland has, although Switzerland’s more than 120 bilateral agreements with the EU require constant renegotiation and none of them allow full access to the EU’s internal market for financial services. Turkey has a customs union with the EU that is limited to trade in goods, but it does not extend to trade in services (financial or otherwise) and is intended as a pre-cursor to EU membership, not an alternative to it. Consequently, law firm DLA Piper suggested, “it is likely that the U.K. will now be looking to set up a bespoke arrangement going forward.”

London’s position as the world’s largest insurance market may also be at risk, as future policies and levels of coverage—particularly if they are intended to be pan-European—may be more difficult to arrange. The U.K. is currently the largest global hub for commercial and specialty risk, controlling more than £60 billion ($79 billion) of gross written premium. The London insurance market also writes £6 billion ($7.9 billion) of premium income from the EU.

The British Insurance Brokers’ Association warned prior to the referendum vote that a Brexit could reduce choice for insurance buyers, as the ability for EU-based insurers to “passport” into the U.K.—whereby insurers and brokers authorized in one EU member state are able to offer services throughout the trading bloc without the need to obtain licenses in other EU countries—would cease. This would seriously damage the ability of brokers to place business on behalf of clients domiciled within the EU.

The Association of British Insurers (ABI) says that the main “uncertainties” that need to be addressed include consultation on regimes such as Solvency II (due to come into effect next year across the EU), which dictates how much capital insurers must hold to prevent insolvency, and the single market’s concepts of freedom of establishment and freedom of services. In addition to negotiations with the EU, “there will need to be strong diplomatic resources dedicated to prioritizing trade deals with the United States, India, China and Turkey with a strong focus on financial services,” the ABI said.

The U.K.’s major insurance organizations are upbeat that London will retain its position as the premier insurance market—in the short-term at least. “I am confident that Lloyd’s will stay at the center of the global specialist insurance and reinsurance sector,” Lloyd’s Chairman John Nelson said in a statement. “For the next two years, our business is unchanged. Lloyd’s has a well prepared contingency plan in place and Lloyd’s will be fully equipped to operate in the new environment.” Lloyd’s did not respond to a request for further information on these plans.

Dave Matcham, chief executive of the International Underwriting Association, believes that the London insurance market is “resilient and well-positioned to respond to the result of the referendum on the U.K.’s membership in the EU,” while David Gittings, chief executive of Lloyd’s Market Association, said, “Lloyd’s underwriters have a well-earned reputation for being nimble and flexible in their business activities.”

But the London market also understands that future business is reliant on the ability to continue to do business with the rest of the EU on similar terms as before. “The London market enjoys a range of benefits from being part of international markets, and we would like to see as many of these benefits retained as possible as part of the exit negotiations,” said Nicolas Aubert, chairman of the London Market Group.

Airmic, a U.K. risk management association, is also confident that the decision to exit the EU will have no immediate adverse effect on current business insurance policies. “If Brexit is to have any impact on insurance purchase, the effects will only be felt in the longer term,” it said. Until then, buyers will be dealing with the same insurers under the same regulatory regime. “It is too soon to say what the longer-term consequences may be for the insurance market, but buyers will have plenty of time to react,” the association noted.

Airmic recommends that risk managers identify the business areas that may be impacted by Brexit and establish ownership for key risks using cross-functional groups. The association also suggests that organizations prepare a clear plan for short-term market risk, and  “consider the unknown” using a range of risk scenarios. Finally, it recommends that risk managers brief their boards on what they need to know and what decisions are required.

While business leaders are calling for clarity on what Brexit means, it is unlikely that much progress will be made by either the U.K. government or the European Commission right away. For now, companies—and their risk managers—may have to hope for the best, and plan for the worst.
Neil Hodge is a U.K.-based freelance journalist and photographer.