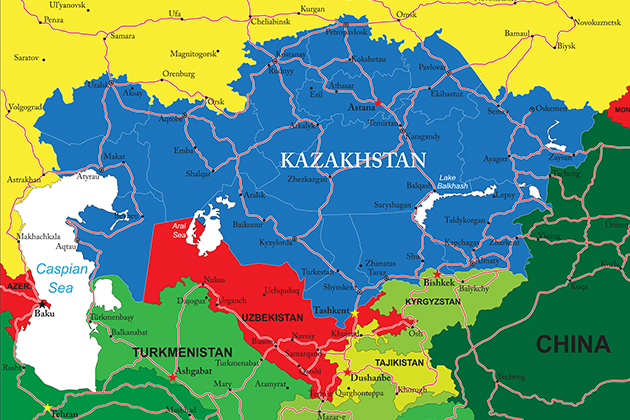 Corruption scandals are a common occurrence in many countries of the Europe-Caucasus-Asia (ECA) region, which consists of Armenia, Azerbaijan, Belarus, Estonia, Georgia, Kazakhstan, Kyrgyzstan, Latvia, Lithuania, Moldova, Russia, Tajikistan, Turkmenistan, Ukraine and Uzbekistan. In just the past year, we have seen a number of well-publicized scandals, such as reports of various government officials owning luxury real estate and living well beyond their means, and the expulsion of 13 members of the Parliamentary Assembly of the Council of Europe for accepting gifts and bribes from Azerbaijan’s government. These scandals have coincided with international money laundering investigations involving banks and individuals across the ECA region, as well as revelations from the Panama Papers about the questionable use of shell companies tied to public officials in ECA countries. These recent developments help illustrate what international indices have long reported: Public corruption is widespread throughout the ECA region. But what practical information can help companies manage their corruption risks there?

Although often grouped together because of their shared history as Soviet states, the ECA countries are diverse in many ways, including in the nature and prevalence of corruption in each one. Nonetheless, some sentiments are common across the region, including a general distrust of governments’ abilities to deter and prosecute corporate malfeasance, which increases the corruption risk faced by companies operating in the region and the importance of addressing that risk proactively.

To shed more light on the particularities of ECA countries on the topic of corruption and the steps companies are taking to mitigate corruption risks, Miller & Chevalier and partner firms in the region surveyed more than 300 business leaders with first-hand experience in 10 ECA countries (Azerbaijan, Belarus, Estonia, Georgia, Kazakhstan, Latvia, Lithuania, Moldova, Russia and Ukraine). Survey respondents painted a nuanced picture of corruption across the countries surveyed, providing useful data for risk and compliance professionals. Many companies doing business in the region are already taking certain affirmative steps to improve their risk mitigation and compliance strategies based on their specific circumstances. But there remains significant room for improvement, specifically by recognizing the differences among countries in the region and by targeting business-specific risks in compliance measures.

Many reported that the importance of preventing corruption has increased in their companies in the past five years. This figure will likely grow over time, given the increasingly international nature of anti-corruption enforcement and ongoing domestic anti-corruption reforms in some countries of the region. In the meantime, it is important to consider how corruption is currently impacting the business sphere in this part of the world.

A Significant Obstacle to Business

Analysis of the responses and feedback from professionals working in the ECA region suggests that these countries largely fall into three categories: countries with viable anti-corruption systems that are showing positive results (Estonia and Lithuania); countries where corruption continues to present a significant challenge for businesses (Azerbaijan, Belarus, Kazakhstan, Moldova, Russia, and Ukraine); and countries where, despite corruption issues, there are reasons to be optimistic about the ability to do business in compliance with accepted anti-corruption norms (Georgia and Latvia). This means that even similar companies (in terms of industry and size) may have different risk profiles depending on where they operate within the region. Similarly, a company operating in different ECA countries will need to tailor its anti-corruption compliance program for each country.

To obtain more granular insight, the survey asked about the level of corruption in 10 different areas of government, spanning various functions and levels (from local to national), as well as in state-owned enterprises.

Overall, the responses suggest that Estonia, Georgia, and Lithuania have the least amount of corruption across government institutions, whereas Azerbaijan, Kazakhstan, Russia and Ukraine have significant levels of corruption across most functions. Startlingly, at least 50% of respondents for every country said that their courts are moderately or significantly corrupt, with Estonia as the only exception. Likewise, more than half of respondents in each country other than Estonia said the same about their prosecution services and investigators.

The findings underscore that it is critical for companies to consider not simply whether there is government interaction, but also the potential risks related to the specific government agency or service.

The Compliance and Prevention Landscape

By and large, companies appear to be taking steps to reduce their corruption risk, mostly through implementing compliance best practices that broadly reflect the requirements of the U.S. Foreign Corrupt Practices Act, the U.K. Bribery Act 2010, and the World Bank. This is particularly important because, while each country has anti-corruption laws on the books, over 70% of respondents found them ineffective. 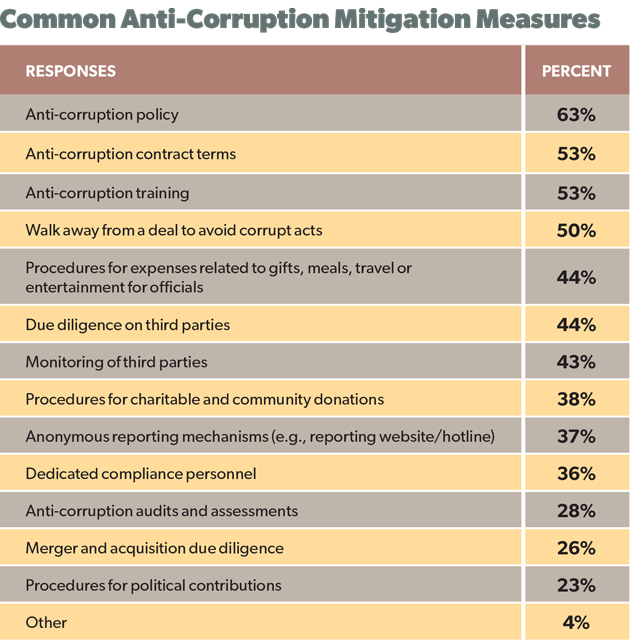 Not surprisingly, companies with headquarters in the United States or outside of the ECA region have instituted, on average, more standard compliance safeguards than companies headquartered in the ECA region. Considering that many of these practices not only help to minimize corruption risk but also reflect the baseline expectations of relevant enforcement authorities, the results highlight areas that companies can target for compliance improvement.

Although corruption risks are a challenging part of doing business for many companies across the ECA region, it is important to note that the type and level of corruption risk varies by country. Understanding these differences can help companies doing business in the region to better tailor their compliance programs to manage their risks.
Ann Sultan is counsel at Miller & Chevalier.
Michael Skopets is a senior associate at Miller & Chevalier.