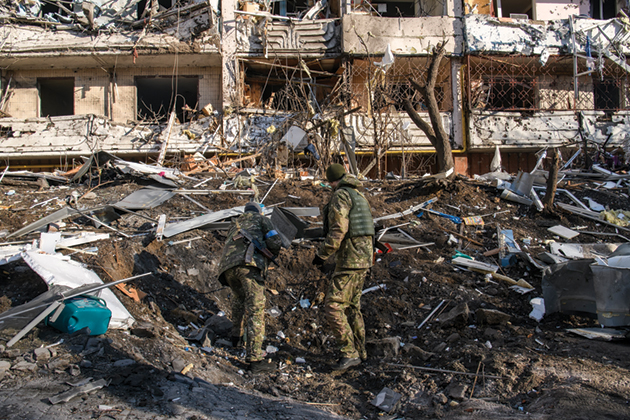 Governments in North America, Europe and Asia have responded to Russia’s invasion of Ukraine by imposing a range of sanctions and export control restrictions on Russia. The measures follow established strategies: designations of people and companies; limitations on access to international financial markets and banking networks; restrictions on the export of goods and services, notably including technology; and broader restrictions on certain types of business activity.

While these trade policy tools and strategies are familiar to compliance and risk management professionals, this has not made these sanctions easier for them to interpret and respond to. This is in part because Russia is a G20 economy, with a central role in the global trade of agricultural, energy and mineral commodities, which gives it a size, scale and complexity that surpasses other economies that have been subject to wide-ranging sanctions. It is also because of the rapid pace with which the sanctions regimes were announced and implemented in late February and into early March.

The situation also reflects the additional complexities of making important decisions during a conflict, with organizations and their employees feeling pressure from shareholders, colleagues and clients to exit Russia or relationships with Russian entities, or to demonstrate a position toward the invasion.

Against this backdrop, governments imposing sanctions on Russia have tried to soften the impact on organizations, while also making clear to organizations that they will enforce their measures and absorb the costs on their economies. Indeed, one of the most striking aspects of the sanctions regimes is the speed at which governments reached clear consensus about imposing the measures, surprising many observers. There was significant preparatory work by governments in the weeks building up to the conflict, which is visible in both the scope of the measures and—particularly with the U.S. sanctions—the level of supporting guidance and licenses.

Nonetheless, governments acknowledge in public and private that the measures are economically painful and practically and logistically ­challenging for organizations with exposure to Russia. The stream of additional sanctions guidance and frequently asked questions attests to this, and provides some help for organizations trying to navigate and comply with sanctions.

While the extent will vary considerably, most organizations have some exposure to Russia that need to be calibrated against the evolving sanctions regime. This exposure could be through direct operations in Russia, more indirect exposure through suppliers and distributors based in third countries, or relationships with Russian institutions overseas. The following are a few general considerations to ensure that your approach to sanctions is well thought-out:

1. Ensure you are monitoring the ­evolution of the conflict and the ­associated decisions about sanctions. As part of this step, you can subscribe to government agencies that issue guidance documents, licenses and FAQs in response to questions from organizations affected by sanctions. Although these are produced generically for different types of
organizations, they help with general questions about how to comply with and implement the measures, and provide a sense of what other organizations are struggling with.

2. Evaluate the extent to which your organization has a nexus with Russia and Russian entities. This could be through investors and shareholders; lenders and banks; direct and indirect clients; broader contractual counterparties such as suppliers, agents and distributors; and any goods and services of Russian origin, sourced either directly or indirectly, such as through other suppliers and countries.

3. If you have established both your direct and indirect Russia touchpoints, then the next step is to ensure that you have a clear understanding of their ownership and control structures, including ultimate beneficial owners. Especially in the case of agents, ­distributors and assumed clients, this could extend to evaluating their broader exposure to and interaction with sanctioned entities in Russia. This will allow you to evaluate your direct and indirect sanctions risk exposure.

4. Ensure that, at a minimum, you are using due diligence tools to screen any third party with a known or suspected nexus with Russia to establish whether they are designated under different sanctions regimes. Ensure that you are accounting for all the sanctions regimes you are exposed to by consulting consolidated lists of designated and restricted entities and individuals. You can also consider automated processes and analytics to improve the efficiency of this process, though it is important to have processes that clearly establish when you need to intervene to ensure that red flags or possible matches are appropriately assessed and addressed.

5. Consider your external engagement. Examine the organizations that enable you to do business, such as banking partners, insurance ­providers, consortia members and key suppliers, to understand their ­perspective on continuing their business activity with Russia, and their trigger points for ending or reducing their exposure. This could be due to sanctions against Russia, reputation considerations about continuing business in the country, or practical problems caused by the sanctions and other organizations exiting the market. You should also engage with the relevant government agencies imposing and enforcing sanctions, and raise questions and issues—either directly or through counsel—to allow you to make informed decisions.

At the time of this writing in mid-March, there are two potential ways in which the breadth and depth of the sanctions regime against Russia could become more significant. Although the recommendations stand irrespective of level of the restrictions, it is worthwhile to outline how the sanctions could tighten.

The first possibility is that additional countries formally adopt comparable sanctions against Russia, or practically implement them without formally adopting them as policy. The addition of some of the larger Asian and Middle Eastern economies that trade with Russia would mark an important expansion of the geographic breadth of the sanctions regime and the effectiveness of existing measures. These countries will continue to face diplomatic pressure to adopt or comply with sanctions as the conflict continues, though their willingness to adopt these measures will vary given their own political and economic considerations. Some organizations headquartered in these countries will seek to comply with other governments’ sanctions anyway, given their concerns about legal and reputational risks affecting their activities elsewhere in the world.

The second is that the governments that are currently imposing sanctions could expand the sanctions to broader sector-level restrictions and seek to impose these measures on other countries in the form of so-called “secondary sanctions.” These are measures that apply to third-country companies and individuals in a bid to maximize the economic and political effect of the sanctions.

There is growing political will among the countries imposing sanctions to consider targeted measures against Russia’s oil and gas exports, and its domestic development and production capabilities. The greatest economic and political obstacle to sanctions on Russia’s energy sector is from the European Union due to Russia’s role in the bloc’s energy security. Given the need to maintain consensus among the governments imposing sanctions, which has been one of the most notable aspects of the expanding sanctions regimes, we do not expect the United States or other governments to unilaterally impose secondary sanctions that will complicate the EU’s ability to import oil and gas from Russia without the EU’s consent. This could change as the dynamics around the conflict continue to evolve.
Henry Smith is a partner and head of business intelligence and due diligence in EMEA at Control Risks.

The Strengths and Weaknesses of Country Risk Maps