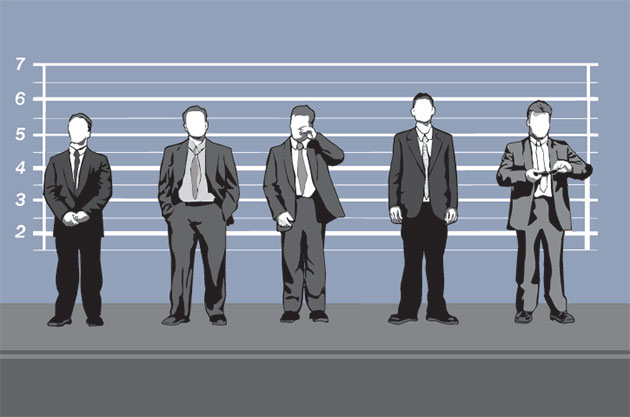 RM: Based on what I'm seeing, it seems like fraud is on the rise in today's economy. What would be the first step that a risk manager or anyone else handling a possible employee dishonesty claim needs to take?

Paul Lux: The first step doesn't usually involve insurance itself. It usually involves legal authorities. Whether that's with the local police force or multiple forms of law enforcement, it means dealing with the beginning of the investigative process of what is a criminal matter. After that, there is usually a notification requirement. Once you find out that fraud has taken place, you have 30, 60 or 90 days to notify your insurer that you had an event. From there, the investigation begins, trying to follow down the rabbit hole and find out to what degree fraud occurred. Typically, it's a fairly time-consuming process. Unlike dealing with regular first-party claims, you're trying to find information that is either willfully hidden or just does not exist. In typical first-party claims, information is readily available. You know how much you spent during a physical loss or damage, but clearly with fraud it's different.

RM: Obviously, everything becomes a lot more complicated once you have law enforcement essentially running the show?

Brad Murlick: It certainly is more complicated than other claims. Often times, the investigating authorities will have the documentation, the data and the proof that you need to prove your claims, and sometimes they will ask the client to stand down until they complete their investigation. So there's always a tension between the authorities who are on their own timeline, and the client-with the client being the insurer-is usually clamoring for information that's not readily available.

RM: Does a criminal charge have to be lodged or can the authorities say "we think this guy did this" to let you move forward with your claim from a legal point of view? Is there some sort of trigger there?

Lux: A lot of times, it comes down to the priorities of the police, the FBI or whatever has the relevant jurisdiction. Often times, if it's not a high-profile type of a crime, it kind of gets pushed to the backburner and there's not a lot of impetus to make something happen. So it's definitely not a requirement under most fidelity policies that there be some sort of criminal conviction-and often times there is not.  But, certainly, it helps the policyholders claim and it helps their perspective if there are criminal indictments and actual convictions into the matter.

Murlick: It can also have another impact as well. I recall working on a matter where someone from a not-for-profit organization was embezzling funds by creating some false payment records that went to family members who really weren't working for the organization. Although there was a criminal charge on the front end, when she admitted to guilt, it helped the investigative process to determine what had happened from a fraud perspective. In that particular matter, she didn't serve any time-she served probation and things of that nature. But her assistance in terms of gathering documentation and information in support of the fraud was critical to resolving the claim.

RM: On the insurance side, when you're looking to buy policies to cover fraud, what should you be looking for?

Murlick: You might want to start backwards and look at the exclusions of the typical, boilerplate policy and determine if any of those exclusions could potentially apply to your business. And if there were some exclusions that were relevant to your particular company or industry, then you might be able to negotiate with your broker to have those clauses amended. But most of these policies are pretty standard so the only major thing you need to make a decision on is the amount of coverage and amount of retention or deductible you are going to take. Understanding your past claims history and understanding the types of controls you have in place will help you think about how likely it is that something of a $1 million, $5 million or $10 million magnitude could go undiscovered for a period of time.

RM: What types of disputes do you typically find and how are they resolved?

Murlick: A lot of it depends on the policy and whether or not there are provisions for arbitration or other types of alternative dispute. You tend, on average, to see a lot more litigated claims on fidelity claims than you do on, say, first-party property or business interruption, which tend to be negotiated or settled more often than going to court. You tend to have more complex coverage issues that arise and the level of proof is much higher than it is with other types of claims. On average, fidelity claims do tend to be more contentious.