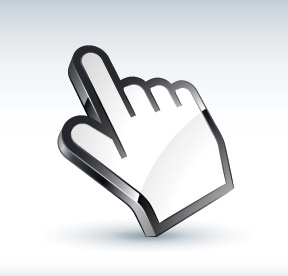 It sounds unfathomable but, believe it or not, the internet is almost out of space. According to experts, in less than a year's time, we will have run out of available IP (internet protocol) addresses- -- the codes that allow devices such as computers, smartphones and even the latest refrigerators to access the internet. Once that happens, the internet will be completely full, like a nightclub that has reached its capacity. And it won't matter if you know the bouncer -- you're not getting in.

This is because the current addressing system, known as IPv4 (internet protocol version 4), is a 32-bit data system that can "only" accommodate some four billion unique addresses. Back 30 years ago, when IPv4 was implemented, four billion addresses seemed like plenty. But the proliferation of internet-enabled technology across the globe has exhausted those addresses at a rate no one anticipated. As of early August, there were less than 230 million addresses left. And they're going fast -- every day or two another million are used up. (There are actually multiple websites that count down this sort of thing.)

But there is a solution. Much like how phone companies add new area codes when they run out of phone numbers, the internet is going to get some new numbers as well. Actually, it will be moving to an entirely new system -- internet protocol version 6, or IPv6, as it is more commonly known. (For those of you wondering what happened to version 5, it was designed for another application and has since been abandoned.)

IPv6 is a 128-bit system. This level of complexity will not only improve the performance and security of internet applications, it will allow for more than 340 undecillion IP addresses -- a number that sounds imaginary, but is actually 340 followed by 36 zeros. To put it another way, that is more than 50 billion billion billion addresses for every person on earth. Supposedly, that's enough to give an IP address to every grain of sand on the planet. In short, this new system should probably cover our needs for, well, forever.

In the meantime though, the transition will not be simple. It is not like the internet fairies can just flip a switch, move everything to IPv6 and let everyone go on their merry way. Websites need to specifically configured to the new system. While many of the major sites like Google, YouTube and Facebook already have IPv6 versions, the vast majority do not. And although most new gadgets are made to be IPv6 compatible, many older systems (and we are talking only five years or older) are not. This will not be a problem initially since the two systems will run side-by-side for a while, but since they are not compatible, there will come a time when your web applications will be obsolete and your trusty, old computer will not be able to communicate with newer technology or access the latest websites.

Obviously, you need an upgrade plan for your networked technology if you don't have one already. But this is a bit more complicated than it seems because there is no deadline for the switch. Unlike Y2K, where the calendar served as an hourglass, the IPv6 transition will happen more gradually, since it is an issue with little perceived urgency, particularly in North America, which lags behind Europe, Asia and Australia in IPv6 penetration. In addition, service providers have also started implementing an alternative called network address translation (NAT), which allows for the allocation of a single IP address to multiple users depending on who is active at the time. According to some experts, this makes the need for IPv6 adoption less immediate.

But the fact remains that IP addresses are running out, and a new system is inevitable. But what this issue really shows is that, once again, just like with Y2K, we seem to have a blind spot when it comes to new technology. By constantly underestimating the impact of the latest gadgets, we end up costing ourselves so much more time and money than we would have had we just planned a little better in the first place. Technology moves fast and we need to become more accustomed to moving with it and anticipating potential problems, no matter how far down the road they might seem. Sure, you can't predict the future, but that doesn't mean you should never carry an umbrella.