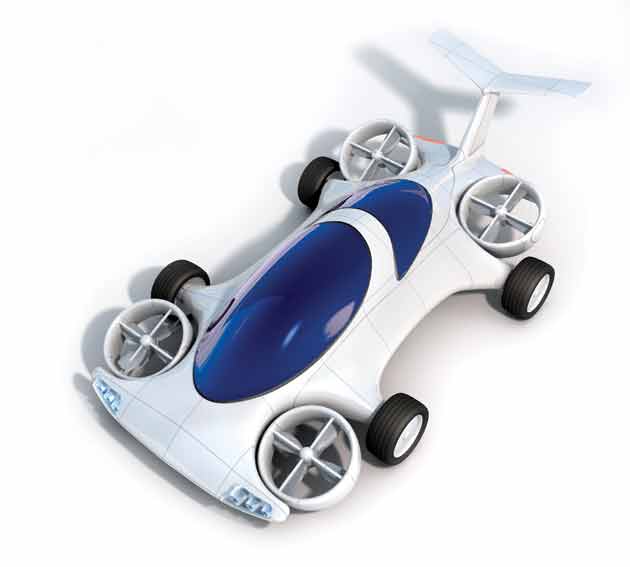 Science fiction promised us a lot of things: robot servants, ray guns, jetpacks, food in pill form, teleportation, vacations on the moon. The list goes on. And what do we have to show for it? Nothing. My feet are still firmly planted on the ground, and lasers are not a major part of my daily life. It's a travesty, I tell you. George Jetson would be very disappointed.

But there is hope that we will get to see at least one of these futuristic innovations. The age of driverless cars may soon be upon us, courtesy of Google. It turns out that the company has recently begun testing such vehicles on California roadways. Using a special navigation system that includes maps, video cameras, radar sensors and laser range finders, the self-driving cars have travelled more than 140,000 miles and have even made a successful trip down the famously crooked Lombard Street in San Francisco. And lest anyone start worrying about the possibility of being run down by a malfunctioning robot car, every trip includes a human operator behind the wheel who can take over in case of emergency and an engineer in the passenger seat who monitors the equipment.

The benefits of such a system are readily apparent when you consider how many lives are lost in motor vehicle accidents each year. For instance, texting and driving, which has quickly become the latest hot-button driving risk (see page 44), was found to be responsible for 16,000 deaths between 2001 and 2007, according to a recent study by the University of North Texas Health Science Center. Overall, the National Highway Traffic Safety Administration reported that almost 34,000 people were killed in motor vehicle accidents in the United States in 2009 -- that's 93 people lost every day.

With driverless cars these numbers would fall. Distracted driving, not to mention drunk or sleepy driving, wouldn't be an issue. Car insurance rates would plummet since the risk of a crash would be negligible. And since driving would be regulated by computers, fuel consumption and travel times would likely be more efficient, saving time, money and resources.

Of course, just like texting resulted in new driving risks, so would robot cars. Computer crashes would become literal crashes. And malicious hackers could have a field day. Don't get on the bad side of your IT staff or you might find your car taking you on a ride into the Atlantic Ocean. But still, I think the trade-off would ultimately be worth it.

Besides, the Holy Grail of future cars isn't so much the driverless car as it is a flying one. But don't despair  -- that might be coming soon as well. A number of manufacturers are working on flying car models, and in September, the FAA approved the design of a flying car by a Massachusetts company called Terrafugia. The car has wings that fold up when the vehicle is on the road and extend for take-off. The company anticipates low volume production could begin as soon as next year. Of course, with an initial list price of a quarter-million dollars, it will be some time before flying cars are commonplace.

But while many people likely can't wait for a flying car, I'm not so enthusiastic. All I can think of is how we'll probably be just trading traditional traffic jams on the ground for traffic jams in the air. And at thousands of feet up, fender benders would be terrifying and breakdowns would go from being merely inconvenient to utterly catastrophic. But at least you wouldn't have to worry about changing too many flat tires.

We might lament the lack of progress that technology has made when compared to past predictions, but as we all know, new technology often means new risks. Typically, this is not a deal-breaker. We just have to hope that the new risks are mitigated as best as possible and that the benefits are worth it. Thankfully, the equation usually works out in our favor so there is no reason to stand in the way of progress.

At least not until I get my jetpack.