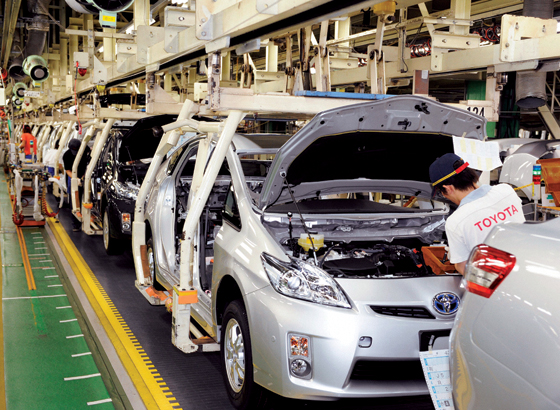 Initially, many companies point the finger at others instead of taking responsibility for the problem. When Toyota heard reports of sudden acceleration in its vehicles, the company first blamed the floor mats, then the throttle pedals, then its pedal supplier, CTS of Indiana. This was not an ideal strategy. When faced with a possible recall situation, an affected company's first reaction must be to address the problem and provide direction on what is being done. Later is the time to address where blame should be directed. Engaging in flat-out denial or blaming others only hurts a company's credibility.

Recalls require swift action on the part of company executives. Putting together a strong crisis management plan at the outset is critical to address the issue, ensure that the recall process proceeds efficiently and stem the tide of negative publicity. It is crucial to address the concerns of all parties involved, whether they come from customers or the government. When consumers learn there is a problem with a product, they will look for reassurance from the company that the product is safe. The company should immediately communicate that the problem is being addressed and that solutions are forthcoming.

In the case of Toyota, consumers bought a vehicle they believed would be reliable and safe. Because the issues with Toyota vehicles resulted in crashes, injuries and deaths, the public needed to have information that it could understand quickly. This did not happen.

Companies must also be willing to apologize to the public if the situation warrants it. In Toyota's case, CEO Akio Toyoda's apology was too little, too late to alleviate customer concerns. In addition, he was virtually absent from the public eye. As president, Toyoda should have been addressing the issues through various media outlets and spelling out exactly how his company was responding to the problems.

Although Toyota's head of U.S. sales, Jim Lentz, did a better job of being visible and expressing regret for the recall, his public statements did little to provide Toyota's customers with reassurance that their vehicles were safe enough to drive. The public really wants to see that the CEO is taking action.

When faced with product recalls, open communication with the media and customers is important in order to maintain a level of trust and credibility. Not providing a steady stream of information to the public creates a vacuum for rumors and horror stories. Toyota always seemed to be merely reacting to news reports of customers having issues with sudden acceleration. Such a reactionary response almost always rings hollow.

Because customer perception is integral to a company's ability to successfully weather a recall, companies must reach out to unhappy customers. In Toyota's case, it enjoyed brand loyalty for many years and had to struggle to hold on to loyalty and market share. After news of the recalls surfaced, Toyota immediately began promoting extremely favorable financing offers and heavy discounts to its customers. These promotions may have buoyed its bottom line somewhat, but make no mistake, Toyota lost market share and its brand suffered. In recent years, Toyota had been threatening to overtake GM as the largest domestic supplier of vehicles, but it now finds itself in third place behind GM and Ford.

A company facing such a crisis also needs to be perceived as working alongside governmental agencies with oversight responsibility to address the situation, rather than taking positions that make it seem like the company is hiding something. This serves no purpose and only creates an adversarial position.

If there is government involvement, like there was in the Toyota recall, attempting to take a difficult position with regulators can backfire and actually lead to increased scrutiny. In a worst-case scenario, animosity could brew , possibly forcing the watchdog to mandate additional recalls.

When the National Highway Traffic Safety Administration (NHTSA) declined to open up an investigation, Toyota immediately and publicly took the position that NHTSA said this meant that there was no defect. "Not so fast," said NHTSA, which swiftly issued a very public rebuke of Toyota. NHTSA went on to say that it believed that there was a defect with the vehicles and that Toyota needed to address it.

It is critical that companies prepare for a potential recall and have a recall response plan in place. Because while companies may be able to come back financially from a recall, a company's good will and reputation may not be so easy to restore.
Edward Ordonez, an attorney in the Chicago office of Cozen O'Connor, heads the firm's Toyota recalls task force.