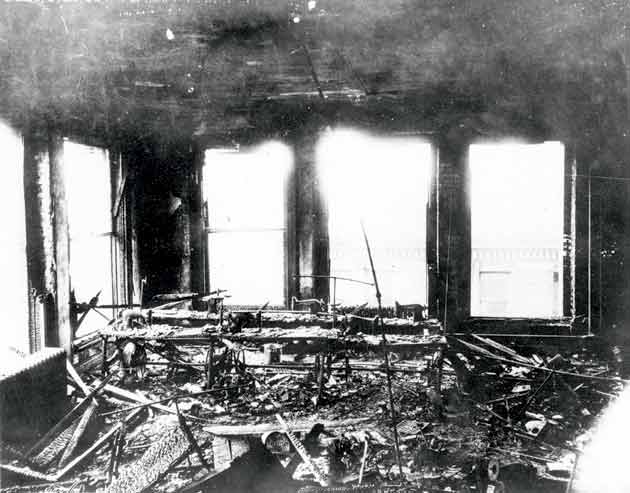 June is National Safety Month. For the American worker, this is a time to celebrate the progress made in employee safety over the past century but also a reminder that there is still much room for improvement. Looking back, some nine million immigrants came to America between 1900 and 1910 seeking better lives and wages. Many found work. Most found harsh workplace conditions and long hours. Deaths were frequent -- at least 4,700 died while constructing the Panama Canal, for example. Today, workplace fatalities are not nearly as common but harrowing disasters still occur.

Here we look back at a few of the most significant moments in workplace safety.

Triangle Shirtwaist Factory Fire
March 25, 1911
In 1911, a garment factory fire killed 146 workers after an inferno broke out on the 8th floor and quickly spread upward. Since some exits were locked to prevent theft and the fire escapes were broken or useless, many of the victims met horrific ends after jumping to their deaths. Through this tragedy, however, working conditions in the city's sweatshops would be improved, as local advocates used the incident to gain popular support for unionization.

National Safety Council
October 13, 1913
In 1911, Wisconsin passed the first workers comp law and other states soon followed suit. Rising associated costs caused employers to seriously evaluate safety as a means for savings for the first time. Many companies in the railroad, mining and manufacturing sectors began requiring the use of protective equipment. This all culminated in a collaborative private sector endeavor to pool safety information and data that all member companies could access. That effort created a body that later became known as the National Safety Council and has been advocating for worker safety ever since.

Texas City Disaster
April 15, 1947
The deadliest industrial accident in American history occurred when a fire detonated more than 2,000 tons of ammonium nitrate on board the SS Grandcamp docked in the port of Texas City. Claiming negligent storage of explosives, relatives of the 581 people who died, along with injured survivors, bonded together to file the first-ever class action lawsuit against the U.S. government under the recently created Federal Tort Claims Act. The case would eventually reach the Supreme Court, which ruled 4-3 in favor of the federal government. While the plaintiffs lost, the dissenting justices were highly critical of the government, and the high-profile suit provided a wake-up call for all potential defendants imperiling the lives of American workers.

OSHA Is Formed
December 29, 1970
Due to its mission to "send every worker home whole and healthy every day," the job site has become much safer for all employees since the passage of the Occupational Safety and Health Act (OSHA) in 1970. In its first 35 years in existence, workplace fatalities fell by 62% even as employment nearly doubled, rising from 56 million workers at 3.5 million work sites to 115 million workers at 7 million work sites. Improvements imposed for exposure to lead, fire protection and hazardous waste handling are among the many advancements credited to OSHA.

Massey Mine Disaster
April 5, 2010
Appalachia was heart-broken and outraged when a massive explosion at the Upper Big Branch mine in West Virginia killed 29 coal miners in what was the deadliest mining disaster in the United States in 40 years. Officials eventually identified the source of the blast to be methane gas that was allowed to accumulate in the shaft and mix with volatile coal dust. Many have faulted the owner, Massey Energy Co., which has a disturbing safety history, for failing to service ventilation equipment, something they allege would have prevented the gas build up. An independent report called for by West Virginia's governor also blamed industry regulators, stating that inspections from both the company and the government should have found the problem.

Black Shirt Friday
June 20, 2010
From 1902 to 1908, some 15,000 railroad workers died at work. Today, the numbers are not nearly as high. In 2008, for example, 23 industry employees died on the job. But according to Railroad Workers United (RWU), an industry employee advocacy group, safety standards remain below par. "Despite far fewer trains moving with fewer employees, the number of rail workers' on-the-job fatalities has dramatically increased since the onset of the recession," said the group in a statement. "High profile fatalities -- such as passenger train accident victims or soldiers killed in war -- make headline news, while on-the-job deaths of working people usually go unnoticed." To highlight their cause, RWU members wore black shirts last Father's Day to honor their fallen. In the process, they became a reminder that, while there are fewer worker fatalities today than ever before, the workplace can always be safer.

The Impact of Remote Work

Drug Use on the Job

Is It a Safe Bet to Challenge OSHA?