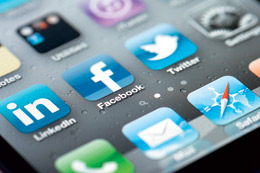 As social media's ubiquitous influence has spread, the business world has eagerly jumped on board to take advantage of this new way to reach customers. But for every company that has been able to leverage Facebook, LinkedIn and Twitter for its marketing and public relations efforts, there are others that have stumbled and been forced to deal with reputational damage from inappropriate employee posts or tweets.

For instance, earlier in the year, clothing design company Kenneth Cole found itself in trouble for a tweet sent from its corporate account during the Egyptian riots that read "Millions are in an uproar in #Cairo. Rumor is they heard our new spring collection is now available online." Needless to say, the insensitive comment went viral and Cole quickly apologized, but the damage had already been done. Months later, stories about the incident are still prominent in Google searches for "Kenneth Cole."

But Kenneth Cole is not alone. Many other companies have made mistakes and many more will do so in the future. Since social media usage straddles the line between professional and personal, the possibility for its misuse increases. And because the threats are unique, organizations have come to realize that they need a specific policy to address social media. But just how many companies have taken steps to address the risks?

As it turns out, less than half. According to a survey of more than 120 multinational employers by Proskauer's International Labor & Employment Group, more than 76% of respondents do use social media for business purposes. And more than 43% have had to deal with employee misuse of social networks -- something that has forced nearly a third to take disciplinary action against employees. But despite these numbers, nearly 45% still do not have a social media policy in place.

This disconnect may reflect the fact that most companies are still relatively new to social media -- almost 65% have been using social media for two years or less. In addition, little consensus has been established regarding what a social media policy should, or can, contain. Regardless of the novelty, however, it is becoming increasingly evident that a policy should be just as important as a social media presence itself.