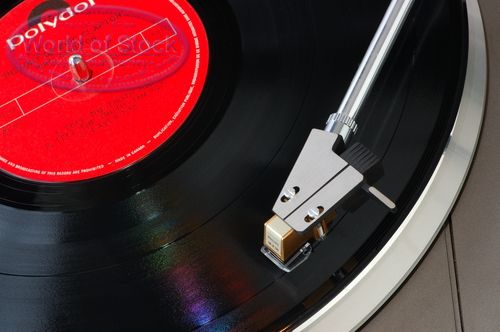 The record industry has always had trouble adjusting to the digital world. From the very beginning, record companies largely ignored the rise of file-sharing technology, content with CD sales that were breaking records every week. And really, who could blame them? When you are making boatloads of money, a few computer geeks passing music around isn't going to grab your attention.

The record companies, however, lacked the foresight to realize that they were backing a format that was destined for obsolescence, much like the vinyl LPs and 8-track cassettes that came before it. And by the time they finally acknowledged that Napster, KaZaa and their illegal file-sharing brethren were not going away, their only option left was to litigate them, and anyone that used them, out of existence.

Of course, the argument could be made that the record industry would have been better served by building a viable digital distribution service of its own, rather than using its resources to fight what was out there already. But they missed their shot and Steve Jobs and Apple swooped in with iTunes to eventually become the number one music retailer in the world. Considering that iTunes brings in billions of dollars every year, the record companies left a lot of money on the table. And if the latest digital music dispute is any indication, this money would certainly come in handy right about now.

The latest controversy centers around a simple question: How much should an artist be paid for digital downloads of their music? More specifically, when royalties are calculated, should digital downloads be considered a sale or a license? On the surface, this may seem like a semantics argument until you look at the numbers. Artists typically receive a 12% to 20% share of sales, but a 50% share of royalties from licenses, which obviously can be a big difference when you're dealing with downloads numbering in the millions. Generally this discrepancy between royalty rates is due to the fact that record companies incur extra costs from the manufacture and distribution of physical CDs, records, etc., during a sale, while a license usually just requires the transfer of the music to a third party, who then bears the overhead and distribution costs. Therefore, with a license, the pie doesn't need to be divided as many times and there's more to go around.

In a case dating back to 2007, rapper Eminem's former production team F.B.T. Productions argued that Aftermath Records, a subsidiary of Universal Music Group, had not paid the appropriate royalties on what they considered to be "licensed" downloaded music. Universal countered that downloads were the same as physical sales, but to no avail. Last year, the court decided in favor of the artist. F.B.T. manager Joel Martin told the New York Times that the ruling could net them as much as $50 million over the next few years. Universal downplayed the verdict, saying that the case only applied to the unique conditions of Eminem's contract and did not set a precedent.

So far, however, courts have not quite agreed with Universal's assessment of the situation. In November, federal judges in California allowed two separate class action lawsuits, led by strange bedfellows rocker Rob Zombie, the estate of R&B star Rick James and Public Enemy rapper Chuck D, to proceed against Universal. Both suits accused the company of failing to pay millions of dollars in royalties for downloaded MP3s, ringtones and other digital material.

As demonstrated by the Eminem verdict, the damages to record companies could be substantial if downloads are considered licensed. Record companies would have to reassess not only what they pay artists now and in the future, but their entire back catalog. In fact, according to the Future of Music Coalition, unpaid royalties from iTunes sales alone could amount to more than $2 billion. For an industry that is already having trouble staying afloat, this could be a backbreaker.

According to legal experts, the record industry only has itself to blame for this mess. As with many of its dealings with digital music, the industry failed to recognize the potential of this new technology and never adjusted how its contracts were structured to reflect changing circumstances. They neglected to read the fine print. It is a lesson that can apply to any business that has to assess the potential impact of a new innovation. Sometimes those details can be a killer.